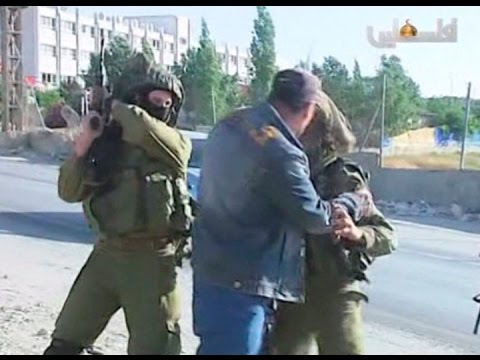 “Land confiscated from Palestinians for the purpose of security buffer zones around illegal Israeli settlements in the West Bank is actually being utilized as “land reserves or for agriculture,” according to an investigation by Israeli newspaper Haaretz.”

The buffer zones were originally created during the Second Intifada [Palestinian Uprising] reportedly as a way to curb attacks against illegal Israeli settlements in the West Bank.

While thousands of dunams (hundreds of acres) of land have been confiscated for these so-called buffer zones, the investigation found that only three of the areas in which land has been confiscated are being used or their intended purposes.

For example, the investigation found in 2005 that a buffer zone was created by Israeli authorities outside the settlement of Karmei Tzurland in order to provide extra security in the north of the settlement, however a basketball court was erected inside the zone.

According to Ma’an, the report reveals that buffer zones in the Jewish-only settlements of Ateret, Pnei Hever, Nahliel and Kiryat Arba are currently being cultivated for agricultural purposes by settlement farmers.

Dror Etkes, a researcher on settlement policies in the territories, told Haaretz that the practice of re-purposing buffer zones to the advantage of settlements has become a “a de facto means of expanding the area under the control of the settlers.”

“This is another manifestation of the attitude of the state [of Israel] that treats Palestinian property as if it was ownerless,” Etkes said.

In addition to the official government sanctioned buffer zones, Haaretz also found that some settlements have created similar unofficial zones secured with the help of the Israeli forces well as settlement security heads. Haaretz’s investigation claims that while Israel’s Civil Administration is aware of both practices, the administration is “turning a blind eye,” on the issue.

“In places where illegal construction exists, stop-work and demolition orders have been issued,” the Civil Administration told Haaretz, claiming that the Administration coordinates with Palestinians by issuing permits that allow previous Palestinian land owners to enter certain buffer zones in order to cultivate their land.

This process of obtaining such permits is lengthy and even if a permit is granted, it is sometimes revoked due to threats from settlements and other coordination issues.