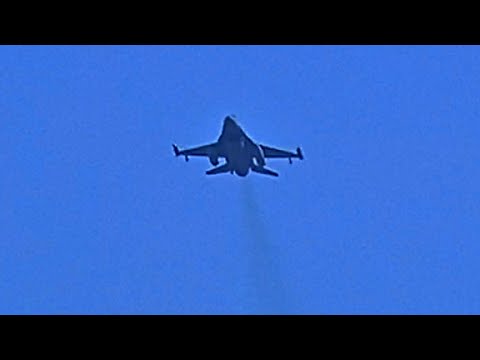 It has been over a year since Mosul fell to Daesh (ISIS, ISIL). In some ways the organization has continued to make advances since then, taking Ramadi and Palmyra in the past few months. It isn’t as important as FBI director James Comey says it is, though. People in government security agencies feel they have to hype threats so as to ensure next year’s budget.

I maintain that the Daesh menace has been exaggerated from day one. I doubt four million people live under its rule, not the 9 million often alleged. Most of its territory is barren desert and lightly populated. It has no obvious purchase in the United States. And, it has lost key assets in the past year in the Middle East.

Here are some signs that we won’t be talking about Daesh in just a few years:

1. Daesh has been excluded from Diyala Province in eastern Iraq, and was chased out of the major Sunni city of Tikrit. It carried out a horrific bombing in Diyala recently, but that is like a ghost haunting someone because it was defeated.

2. The Iraqi military and Shiite militia auxiliaries chased Daesh from the oil refinery at Baiji north of Tikrit in late June. Without income from gasoline and kerosene smuggling, Daesh will suffer a crisis in finances.

2. Kurdish forces, including the Peshmerga of the Kurdistan Regional Government in Iraq, successfully launched a campaign to take Mt. Sinjar away from Daesh and to establish Kurdish control of northern Ninevah Province. The Peshmerga and the Syrian YPG or Peoples’ Protection Units cooperated to rescue the Yazidi Kurds. This operation also hurt Daesh’s logistics, cutting it off from some of Syria.

4. The Iraqi military and Shiite militias are massed around Fallujah and Ramadi and sometime within the next month or they are likely to launch a campaign to retake Iraq’s Western al-Anbar Province. A side effect of that will be to cut Daesh in Mosul off from provisioning.

5. After having been repelled from Kobane, the Kurdish enclave in the north of Raqqa Province, Daesh has lost the Tel al-Abyad border crossing to Syria’s Kurds. This loss makes it more difficult for it to smuggle in men and arms via the border checkpoint. In fact, it has lost control of the northern part of Raqqa Province, its seat of power.

6. Turkey has finally relented and given permission to the US to bomb Daesh targets in Syria from the Incirlik air base in Turkey. US planes are now 400 miles from the faux caliphate’s capital, Raqqa– much closer than they were. Turkey also seems to be closing off the part of the Syrian border stretching from Kobane west, further hurting Daesh ability to bring in men and supplies.

Daesh is gradually being surrounded in preparation for it being cut off. It lost Diyala, it lost Tikrit, it lost Sinjar, it lost Kobane, it lost Tel al-Abyad, and now it is facing being cut off from smuggling routes in Turkey and it is facing losing major cities in al-Anbar.

There is a lot of hard fighting ahead, and defeating Daesh won’t be easy, since they mine their towns and set booby traps. But all the pieces are gradually being put in place that would allow a coup de grace over the next year or two.