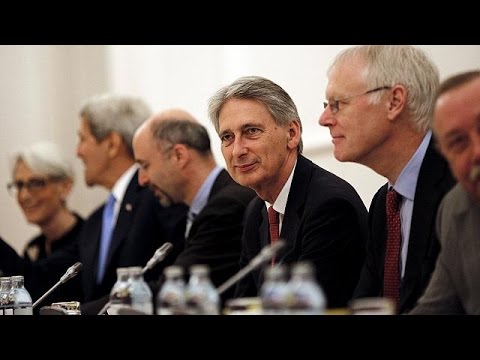 . . . [T]he key to success in the Iran nuclear deal lies in its implementation, and that should be everyone’s business. Diplomacy is not just for elites anymore. Success will require total cooperation throughout the societies of parties to the deal, and this applies regionally and internationally. For this reason, negotiators must find ways to integrate civil society into the execution of the deal, and even build upon it.

Holding the agreement together will require delegating responsibilities to the popular levels of societies. Financial and commercial sectors will be essential to the lifting of sanctions, while the matter of inspections must engender transparency among the scientific community. Highly skilled scientists with valuable expertise, such as the notorious A.Q. Khan, will operate above the law if the temptations to do so exceed the incentives to comply. Ultimately, they must be encouraged to police themselves.

Elites can also look to civil society to reduce tensions that otherwise run amok in the theatre of politics. Contrary to official postures, signals are emerging that the Iranian people want better relations with the West. Polling in recent years suggests mutual fatigue in their mistrust of each other, and a willingness to bridge decades long-standing divides. The deal currently in the pipeline would deliver the political breakthrough hungry publics are waiting for.

States must find ways to capitalise on unofficial diplomacy to keep communication flowing in the absence of official relations. In one recent example, an interfaith dialogue taking place between John Chane, the former bishop of the Episcopal Church in Washington DC and moderate clerics in Iran proved vital in the release of two American hikers from Iran’s Evin Prison in 2011. This more circuitous, unofficial approach to negotiation, also known as “track-two”, gives participants room to creatively solve problems at low political cost.

At the same time, this freedom can prove unwieldy when not all stakeholders share the same goal. On the 6th of June, Tamara Cofman Wittes of the Brookings Institution wrote of the potential spoiling effect of a surprising track-two diplomacy initiative taking place between unofficial yet influential Israelis and Saudis. United by their mutual enmity for Iran – and opposition to any deal – this unlikely pairing reminds us that civil society’s presence may be a double-edged sword. But one very important lesson is that it should not be ignored.

The hard work of sorting out Iran’s nuclear ambitions does not end in Geneva, nor does it rest solely on the shoulders diplomats and state leaders. Unlike previous non-proliferation efforts, more stakeholders than ever hold the fate of our transnational problems in their hands. This holds true with civil society on nuclear security. An impending deal with Iran must formally incorporate the areas of civil society poised to implement it. Over the longer term, relations between Iran, its neighbours, and the West need not remain mired in political stalemate indefinitely. Civil society action, carried out responsibly, offers a way out.

John Robert Kelley is an assistant professor at American University’s School of International Service where he focuses his research on the power and activities of non-state actors in diplomatic affairs.

Euronews: “Historic nuclear deal with Iran said to be ‘close'”