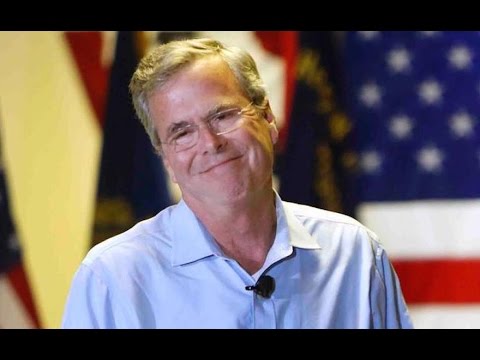 “Jeb Bush has an interesting idea on how to boost economic growth: people should just work longer hours. Despite the fact that US employees work on average 47 hours per week, more than most of the industrialized world, Jeb Bush thinks Americans have it too easy. He later tried to backpedal, saying he meant part-time workers, but not very convincingly. TYT host Cenk Uygur breaks it down. Do you not work long/hard enough? Tell us what you think in the comment section below.

“Republican presidential candidate Jeb Bush said Wednesday that in order to grow the economy “people should work longer hours” — a comment that the Bush campaign argues was a reference to underemployed part-time workers but which Democrats are already using to attack him.

Already the Democratic National Committee has pounced, releasing a statement that calls his remarks “easily one of the most out-of-touch comments we’ve heard so far this cycle,” adding that Bush would not fight for the middle class as president.”