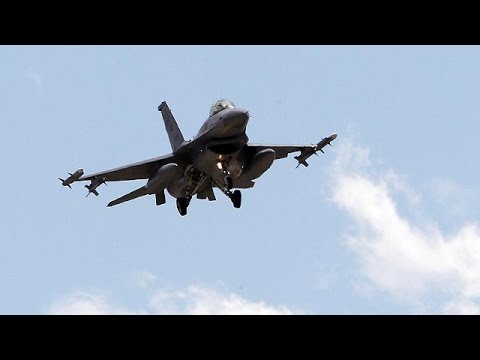 Syrian Kurds and the British based Syrian Observatory said Monday that Turkish tanks had shelled the village of Zur Maghar near Kobani on the Syrian side of the border held by the YPG [People’s Protection Unit] leftist Kurdish militia. Four of its fighters were wounded. The YPG took this area away from Daesh (ISIS, ISIL) with American and coalition aerial support. A Turkish government spokesman said that the current Turkish campaign does not target the Syrian Kurds.

The report of Turkish hostilities comes even as the Kurds took the village of Sarrin near Aleppo away from Daesh, cutting another key supply route for the faux caliphate based in Raqqa southeast of Aleppo.

Daesh still holds Jarabulus behind Aleppo on the border with Turkey, but a US-Turkish plan envisages a demilitarized zone stretching from Jarabulus west.

Turkish Prime Minister Ahmet Davutoglu said Monday that his government did not want to see a Daesh presence on the Turkish border. He also said that Turkey has no intention of sending infantry over into Syria.

The government Anadolou press agency outlined steps the government is taking to stop pro-Daesh volunteers from crossing its 560-mile border with Syria:

“A 365 kilometer (225 mile) ditch to stop vehicle crossings, a 70 km rampart and a concrete wall stretching for 7 km are among the border security measures, as well as a 22 km accordion barrier.

On the Syrian border, 145 km of wire fencing has been renewed and improved lighting and roads along a 270 km stretch make it easier to guard. . .

Recently, the Turkish media has reported on a project that will include a 3.5-meter high concrete wall along the border with Syria as well as improved lighting, more fences and ditches, watchtowers, aerial observation and an improved patrol road network.”

Monday afternoon, Turkish planes took off from a base near Diyarbakr to bombard Qandil and other positions in Iraq of the PKK (Kurdistan Workers Party) terrorist organization, which had killed two Turkish policemen last Wednesday in revenge for what it maintained was the Turkish government’s responsibility for last week’s horrific bombing of socialist youth activists at Suruc. (The bombing was by Daesh and the Turkish government had nothing to do with it.)

Analysts are questioning whether Turkey can pull off a two-front war, against both Daesh and the PKK. Kurdish guerrillas have been the most effective fighters against Daesh.