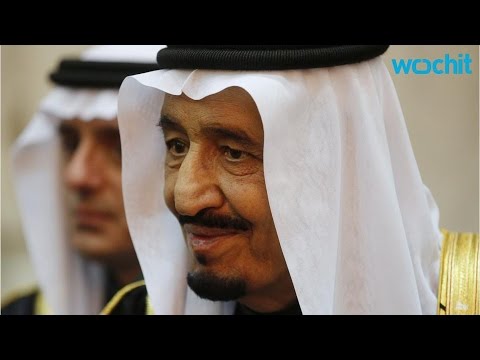 Newsweek is reporting that Iran has cut off funding to Hamas in Gaza, citing Israeli journalism and Hamas sources.

Iran’s relationship with the Hamas party-militia in the Gaza Strip has been an roller-coaster ride in the past three years.

The youth revolutions of 2011 created hard choices for Hamas. As the Syrian protests devolved into civil war between a Shiite-dominated, secular Baathist regime and a mostly Sunni Arab rebellion in which the Syrian Muslim Brotherhood played a prominent role, Hamas’ relations with Damascus were strained. The organization’s natural allies were the Muslim fundamentalists among the Syrian rebels, but it had long depended in part on Syrian government support. (Hamas is an offshoot of the Muslim Brotherhood, but it is autonomous and has no reporting line to the Egyptian branch).

Likewise, Iran’s backing for Hamas was an embarrassment as of 2012 because it was also supporting the al-Assad regime.

When Muhammad Morsi of the Muslim Brotherhood came to power in Egypt in summer of 2012, Hamas switched to seeking patronage and support from Morsi, and is alleged to have abandoned Iran. Aligning with Egyptian and Syrian like-minded Muslim Brothers made for ideological consistency.

Saudi Arabia doesn’t trust the Muslim Brotherhood and sees it as a sneaky authoritarian cult with radical ambitions. For Hamas to hook up with it was intolerable to the Saudis.

But then in summer of 2013, disaster struck for the fundamentalists. Morsi was overthrown. Hamas had to go back on bended knee to Tehran for patronage, even though Iran was backing the enemies of the Syrian Muslim Brotherhood, the Syrian regime.

After the US concluded a deal with Iran over the latter’s uranium enrichment program a month ago, a new realignment seemed to take place. The Saudis redoubled their attempt to overthrow the Houthis in Yemen, whom they see as Iran-backed (Iran probably has sent them a couple of million dollars, but the Houthis are mostly indigenous Yemenis.)

Two weeks ago, Khalid Mashaal, the head of the Hamas political bureau, was summoned to Riyadh. It had been years since Hamas was allowed into Riyadh, much less into the palace. There were rumors that Saudi Arabia was determined to wean Hamas off its Iran alliance as a way of closing ranks within the Sunni Arab forces.

“Hamas leader Dr Salah al-Bardawil confirmed that the crisis between Hamas and the Kingdom of Saudi Arabia has seen a major relaxation in the wake of the visit of Khalid Mish’al, head of the Hamas Political Bureau, to Riyadh. Al-Bardawil told Ma’an that the visit by a Hamas delegation, led by Khalid Mish’al, to Saudi Arabia was successful and achieved its objectives. It is considered a major relaxation in relations between Hamas and Riyadh. The Hamas delegation was received by King Salman, custodian of the Two Holy Mosques, Crown Prince Muhammad Bin-Nayif, Deputy Crown Prince Muhammad Bin-Salman, and other Saudi officials.

Relations between Hamas and Saudi Arabia had been sour for years. This is the first visit of its kind to be made by a Hamas delegation to the Kingdom since 2012. Al-Bardawil said: “When relations are broken and then a meeting is held with the king, this signals a clear shift in the relationship and detente with Saudi Arabia.”

He said that “the delegation, which included Mish’al and Musa Abu-Marzuq, Salih al-Aruri, and Muhammad Nazzal, members of the Political Bureau, had a high-level reception. The visit was fruitful. We felt that there is Saudi willingness to support the Palestinian cause. This cuts off the tongue of Netanyahu, prime minister of the occupation, who claims in his speeches that there is a Saudi-Egyptian-UAE coalition in the region to deprive the Palestinians of Arab support.” He added: “Due to the mixed Arab reality, efforts for the Palestinian cause have been shelved and some major states, which are supposed to lead the Arab nation, have been neutralized. This visit aims at returning the Arab effort to its correct place and supporting Palestine.” He added: “Saudi Arabia is a big country and has resources and political influence, which qualify it to be a large supporter of the Palestinian cause on the political, moral, and material levels.”

He said that the Saudi detente means giving freedom to popular Saudi establishments to provide humanitarian assistance to the Palestinians, especially in the Gaza Strip. He confirmed that Saudi Arabia released a number of Hamas personalities during the visit. They had been detained for several months “in the wake of a misunderstanding” in Saudi Arabia. They are estimated to be four persons.

He said that Saudi Arabia would play a role in supporting reconciliation through putting pressure on the Palestinian parties “to become softer on the question of Palestinian partnership in the other part of the homeland. This will certainly help resolve the problem of civil servants and their salaries.”

“In privately-owned pro-Fatah Al-Quds newspaper, Rasim Ubaydat commented on a recent visit by Khalid Mish’al of Hamas to Riyadh, by saying that Hamas, the Palestinian wing of the Muslim Brotherhood, preferred the Saudi axis in the region to that of Tehran. “Hamas ended the argument within it by finally remaining in the Saudi-Qatari-Turkish- Muslim Brotherhood axis. It had to finally diverge from the Tehran-Damascus-southern Suburb in Beirut [reference to Hizballah]. One of the main objective of its delegation’s visit to Saudi Arabia that was headed by its politburo chief Khalid Mish’al was to prevent a new return to the Iranian axis,” he said.

In another Palestinian paper, in Hamas-run Gaza-based Filastin newspaper, Abdallah al-Aqqad pointed out that the visit could also be a prelude to Saudi efforts to end a rift between Hamas in Gaza and the Palestinian Authority in the West Bank, ensuring that Riyadh is a main player in the region. “Saudi Arabia is making efforts to end the split. It might thus soon send an invitation to President Mahmud Abbas [to come to Riyadh],” he said.

An Arabic newspaper, al-Watan, has translated a story from Maariv in the Israeli press. It alleges that Saudi Arabia is desperate to create a Sunni bloc to counter the Shiite one Iran had generally picked up.

Is Saudi Arabia on the verge of picking up Hamas as a client? It is entirely possible.