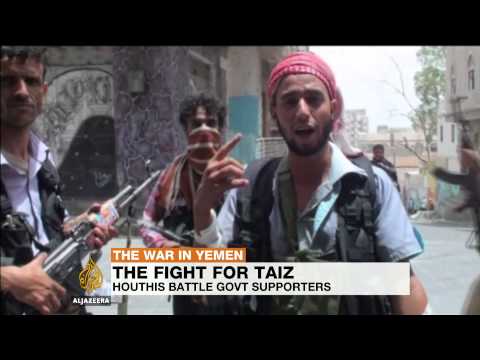 “Houthi fighters in Yemen have fired artillery shells into the port city of Aden.The latest casualty count in the shelling is more than 40 dead and over 100 injured. The attacks come just two days after Yemen’s government-in-exile declared that Aden had been recaptured from Houthi forces.Much of the fighting has now switched to Taiz, Yemen’s third largest province and a key strategic region. In the latest clashes in the city 28 Houthi fighters were killed. Al Jazeera’s Natasha Ghoneim reports.”