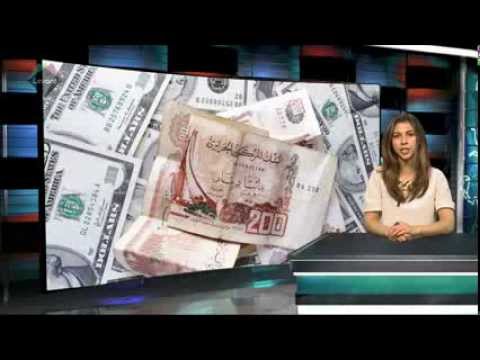 Like other oil producers, Algeria faces difficulties with the sharp decline in prices since 2014. But unlike oil producers in the Gulf region, Algeria has a strong tradition of public discussion, a tradition that has managed to survive the concentration of wealth in the hands of the government. The tradition involves open talk about ideas, and also lively humor. For instance, Algeria’s experience with suddenly sinking oil revenues has been compared with the Titanic hitting an iceberg, ruining a wonderful trip for those in all classes.

One figure who has had an important role in contributing to the public discussion is Noureddine Boukrouh, one time leader of the Party for Algerian Renewal, who served briefly as Minister of Commerce in the early 2000s. He is an ardent exponent of the ideas of the philosopher Malek Bennabi who wrote books and articles in the first decade of independence as Algeria sought an effective strategy for development. He died in 1973. Bennabi argued that periodic renewal was essential for the vitality of Muslim societies. Such renewal involved developing knowledge and skills that would allow them to compete effectively in the modern world.

Boukrouh has set forth his ideas on how Algeria needs to change its strategy at recent public forums. One, on June 2, was sponsored by the independent newspaper Liberté. Another, on July 4, the eve of the celebration of Algeria’s independence in 1962, was hosted by the think tank NABNI, whose name, translated, is Our Algeria Built on New Ideas (http://www.nabni.org/ ). It is working to engage young Algerians in informed discussion of how Algeria can adapt to present day challenges.

One of the issues that he brought up was coming to an agreement with Morocco over establishing an autonomous Western Sahara so that Algeria did not continue to spend money to contest Morocco’s control of the territory, a policy that has drained its coffers since 1975 when Spain ended its colonial control. Such an agreement could pave the way to opening the land border between Algeria and Morocco which has been closed since 1994.

Boukrouh also argued that Algeria needs to work seriously to gain admission to the World Trade Organization. Algeria has made twelve failed efforts to do this, one of them while Boukrouh was Minister of Commerce in 2003. Algeria has been rejected because of having a system of rules that make international trade and investment difficult. There is one exception to this rule. Texas companies working on oil and gas production have been active in Algeria since 1971 when Algeria nationalized French owned oil operations. Most recently Halliburton is helping to develop a gas fracking project near the Sahara town of Ain Salah, setting off lively protests.

A more complex story involves the building of the east-west autoroute. While the idea dates back to the 1970s, the project only got seriously under way starting in 2005. A Chinese company went to work on the western and central parts, a Japanese company on the eastern part. It was supposed to be finished in 2009, but construction was plagued with problems and allegations of wrongdoing. Workers claimed they were not paid by the foreign companies. Sections of highway that had been built were filled with large cracks, and a tunnel caved in. These problems grew out of everything from poor quality material, some of it provided by the Algerian national oil company Sonatrach, to ineffective management of construction work.

The goal of the project was to bring different parts of the country together, and also to connect Algeria with its neighbors, Morocco and Tunisia. Statistics show that these countries have one of the world’s lowest rates of intraregional trade, the bulk of trade going through seaports to countries outside the region. Even when the autoroute is finished, there remains the problem of the closing of the Moroccan-Algerian frontier.

When it comes to attracting foreign investment in manufacturing, Morocco has had a better record than Algeria. While Renault built a small car assembly plant in Oran in western Algeria, Peugeot-Citroen chose Morocco for building a major plant. One reason was that Morocco has a better infrastructure for transporting goods in an out of the country. Algerians responded by joking that they were launching their own brand of car, one made from left-over parts of old cars. It was to be called Allaghaleb, a name based on the phrase “Allah ghalab” which might be rendered as “Allah is all powerful.” The phrase is used with the implication that there is nothing one can do to change a miserable situation such as driving a clunky old car down a road full of cracks while wondering why no car factory jobs are available.

During his talk at the Liberté forum, Boukrouh voiced a worry that if Algeria did not effectively meet the challenges posed by the drop in oil prices that it would endure some two million deaths over the next ten years, drawing on a comparison with the 1990s when Algeria underwent a civil war pitting Islamists against the government in which some 200,000 people died. One can see this as a figure of speech designed to draw attention to the severity of the crisis, but some saw it as wildly inappropriate.

So here is a better story. A mysterious figure called Sidi Megabait (known to his friends in Texas as Lord Big Bite) took over the internet and persuaded the great majority of Algerians that they needed to trade in their cars for camels and wind back their clocks 800 years to achieve happiness. But a young woman with a master’s degree in computer science convinced them that this was a hoax, that they needed to keep their cars, and all get together to have a serious discussion of how to build a viable economy..

Allan Christelow is the author of Algerians without Borders: the Making of a Global Frontier Society (University Press of Florida, 2012), and of the introduction to Nour-Eddine Boukrouh, L’Islam sans l’Islamisme: Vie et Pensée de Malek Bennabi, Algiers: Éditions Samar, 2006.