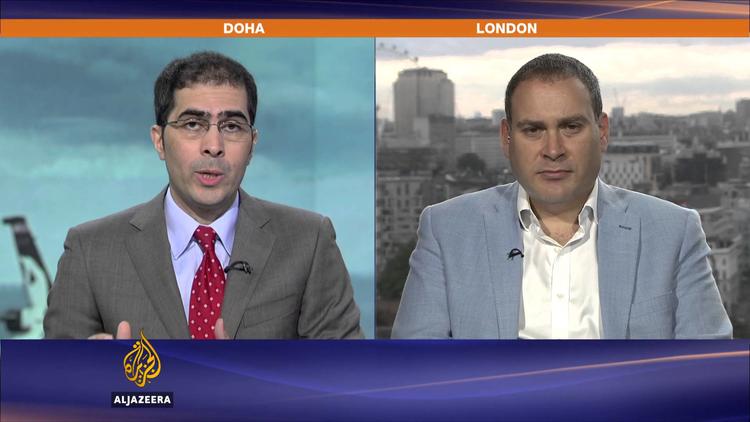 On Saturday, the president of the Kurdistan Regional government of northern Iraq, Massoud Barzani, condemned the Turkish airstrikes on Iraq and asked the PKK guerrillas to withdraw from the territories he rules. The KRG complained that the airstrikes had killed Kurdish civilians.

Barzani is likely worried that the PKK will become an even bigger factor in the politics of Iraqi Kurdistan now that it is being targeted. He wants both to placate the angry Turks and to constrain the radical Kurds.

The mainstream media in the US will not note that some of this recrudescence of ugly ethnic nationalism in eastern Turkey is the fault of George W. Bush.

The Kurdish-speaking areas of Turkey are in turmoil after the guerrilla group, the Kurdistan Workers Party (PKK) over the past year disregarded its peace process and launched attacks on Turkish military and security personnel. In the past two weeks, the Turkish government has also explicitly given up a “peace process” with the PKK Kurds and launched dozens of air strikes on PKK bases and safe houses.

By 2002, the Kurdish insurgency in eastern Turkey that erupted in the 1980s and after had wound down. Guerrilla leader Abdullah Ocalan had been captured and was negotiating.

Then in 2003 George W. Bush invaded Iraq, dissolved its army, and threw it into chaos.

In the midst of the chaos, some 5000 old Kurdish guerrillas from Turkey relocated into remote areas of the Kurdistan Regional Government, the Kurdish super-province. The paramilitary of this Iraqi super-province, the Peshmerga, were the closest US allies during the occupation. But they declined to move against the guerrillas from Turkey, having some ethnic affinity with them (though they are ideologically quite different. The Peshmerga serve a government in which the center-right Kurdistan Democratic Party takes the lead. The Kurdistan Workers Party or PKK is far left and had been communist in earlier decades).

The US military never moved against the PKK either. At one point Bush dealt with the problem by allowing Turkey to bomb American-occupied Iraq, surely a violation of the 1949 Geneva Convention.

Barzani’s move is surprising since the KRG has during the past year considered that PKK fighters based in Iraqi Kurdistan are potential helpmeets in the task of rolling back and then defeated Daesh (ISIS, ISIL). Before that, the two Kurdish guerrilla groups had a deep rivalry.