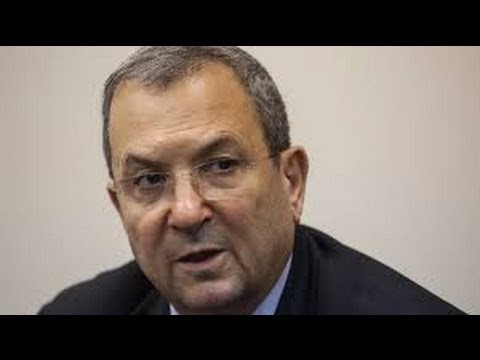 In a radio interview, former Israeli Defense Minister Ehud Barak revealed that the government of Prime Minister Binyamin Netanyahu was on the verge of attacking Iran on 3 separate occasions in 2010-2012, but was consistently blocked by other (even far right wing) cabinet ministers or by the military chief of staff.

Although Netanyahu consistently depicts Iran as a military aggressor, that country hasn’t attacked another in a conventional war in modern history, whereas Israel has repeatedly launched wars of aggression, including 1956, 1967, 1982, 2009 and 2014. (The 1982 Israeli act of naked aggression on Lebanon eventuated in an 18-year occupation of 10% of Lebanon, during which Lebanese Shiites formed Hizbullah to resist their oppression; Iran’s support for this resistance is typically held against it by the US and Israel as ‘support for terrorism,’ while Washington’s and Tel Aviv’s support for the illegal invasion and occupation are considered perfectly normal.)

Israel has several hundred nuclear warheads, whereas Iran has none, but Iran has been sanctioned for its civilian nuclear enrichment program for generating electricity whereas Israel thumbed its nose at the Nuclear Non-Proliferation Treaty and kicked off a nuclear arms race with Iraq that led, ironically and through propaganda, to the 2003 US invasion of that country.

The Iran attack plans were previously revealed by former Israeli intelligence chief Meir Dagan, who clearly considers Netanyahu and Barak to have a screw loose and to be terminally flaky. His allegations have been covered by Informed Comment, as below from March:

“Meir Dagan, the former head of Israeli intelligence, has long been on the outs with Prime Minister Binyamin Netanyahu. Now he is actively campaigning for the Israeli electorate to dump him as prime minister in the upcoming elections. Soon after leaving office four years ago, he broke longstanding protocol to retail the story in public of how he and other security officials vetoed a hare-brained scheme by Netanyahu and former Israeli defense minister Ehud Barak to attack Iran.

“Netanyahu appears to have forced out Meir Dagan, the head of the Israeli spying agency Mossad, whose departure coincided with that of the chief of staff, the head of domestic intelligence, and other key security officials. Dagan, having become a civilian, promptly went public, lambasting Netanyahu for refusing to make peace with the Palestinians while it was still possible.

Dagan went on to accuse Netanyahu and his Defense Minister, Ehud Barak, of grossly exaggerating the threat from Iran, calling a strike on that country “stupid idea that offers no advantage.” He warned that it would provoke another rocket attack on Israel by Lebanon’s Hizbullah, and perhaps by Syria as well– i.e. it could lead to a regional conflagration.

The back story that has emerged in the Israeli press is that Barak, who is a notorious war-monger and adventurist, had gotten Netanyahu’s ear and pressed for a military strike on Iran. Dagan and all the other major security officials stood against this foolhardy plan, and managed to derail it. But Dagan is said to be concerned that virtually all the level heads have gone out of office together, and that Netanyahu and Barak may now be in a position to revive their crazy plan of attacking Iran. Moreover, they may want to attack in September, as a way of creating a crisis that will overshadow Palestinian plans to seek membership in the United Nations.

Dagan and other high Israeli security officials appear to believe that Iran has no present nuclear weapons program. That is what Military Intelligence Director, Brigadier General Aviv Kochavi, has told the Israeli parliament. Kochavi thinks it unlikely that Iran would start up a military nuclear program.”

Dagan’s beef with Netanyahu is apparently not personal. The prime minister helped the former head of Mossad get a liver transplant. Dagan affirmed, “I have no personal issue with the prime minister, his wife, his spending and the way he conducts himself. I’m talking about the country he leads.”

Netanyahu clearly believes that he can openly side with the Republican Congress against President Barack Obama without facing any consequences at all. Dagan sees a danger that the next time the UN Security Council wants to condemn Israel for violating international law, Obama will decline to use his veto to stop sanctions.

Israel is in violation of large numbers of UN Security Council resolutions regarding its treatment of the stateless Palestinians, the status of Jerusalem, etc. etc. That Iraq was in violation of UNSC violations was given by the Bush administration as a grounds for invading Iraq and overthrowing Saddam Hussein in 2003. Iran’s economy has been deeply harmed and its oil exports cut from 2.5 mn b/day to 1.5 mn b/day as a result of UNSC sanctions, along with those of the US. Israel, in contrast, as been held harmless from Security Council condemnation and sanctions by the US veto, which has been exercised every single time the UNSC tried to condemn or sanction Tel Aviv, regardless of the merits of the case.

I have argued that any US president, including Obama, could have long since resolved the Israel-Palestinian conflict by simply declining to exercise that veto, and allowing the Israelis to be pressured into making peace by the UNSC. I think the PLO would make peace tomorrow if it could get 1967 borders and an end to Israeli land grabs, and that the real obstacle to a settlement is Israeli expansionism, which the US veto de fact encourages.

Israel is also facing significant challenges from the UN in another way. Palestine has been granted non-member observer state status there by the General Assembly. It has signed the treaties and instruments necessary to joining the International Criminal Court and gaining standing to sue Israel over its creeping annexation of Palestinian territory beyond the generally recognized 1949 armistice lines. The Rome Statute of 2002 under which the International Criminal Court operates forbids colonization of other people’s territory, prohibiting

“The transfer, directly or indirectly, by the Occupying Power of parts of its own civilian population into the territory it occupies, or the deportation or transfer of all or parts of the population of the occupied territory within or outside this territory;”

If Palestine sues in the ICC, it seems to me certain that Israel would lose. The PLO seems increasingly to be moving in this direction.

So Dagan sees a world where Israeli military action like last summer’s attack on Gaza was almost universally condemned; where Palestine may successfully take Israel to the ICC (where the US has no veto), where boycotts of Israel could grow; and where an angry US president might start declining to veto all UNSC resolutions against Israel.

Dagan said in an interview, as reported by The Guardian,

“As someone who has served Israel in various security capacities for 45 years, including during the country’s most difficult hours, I feel that we are now at a critical point regarding our existence and our security.

“Our standing in the world is not brilliant right now. The question of Israel’s legitimacy is up for debate. We should not erode our relations with our most important friend. Certainly not in public, certainly not by becoming involved in its domestic politics. This is not proper behaviour for a prime minister…”

“An Israeli prime minister who clashes with the US administration has to ask himself what the risks are. On the matter of settlements, there is no difference between the two [US] parties. And even so, they provide us with a veto umbrella. In a situation of a confrontation, this umbrella is liable to vanish, and within a short time, Israel could find itself facing international sanctions.

“The risks of such a clash are intolerable. We are already today paying a high price. Some of them I know and cannot elaborate.

“I would not have confronted the United States and its president. Netanyahu may get applause in Congress, but all the power is in the White House. What will Netanyahu gain by addressing Congress? I just don’t understand it. Is his goal to get a standing ovation? This trip to Washington is doomed to failure.”

I think it is undeniable that by making Israel a partisan GOP issue, Netanyahu risks undermining the bipartisan consensus in favor of knee-jerk support of Tel Aviv’s vast land thefts from the Palestinians.

Whether Dagan is exaggerating the risks Netanyahu is taking or not, it is significant that many figures formerly in high positions in the Israeli security sector are openly coming out against Netanyahu, whom they clearly see as unhinged and flaky and a danger to the future of Israel.”

PressTV: “Ehud Barak says he, Netanyahu drew up plan to attack Iran in 2011”