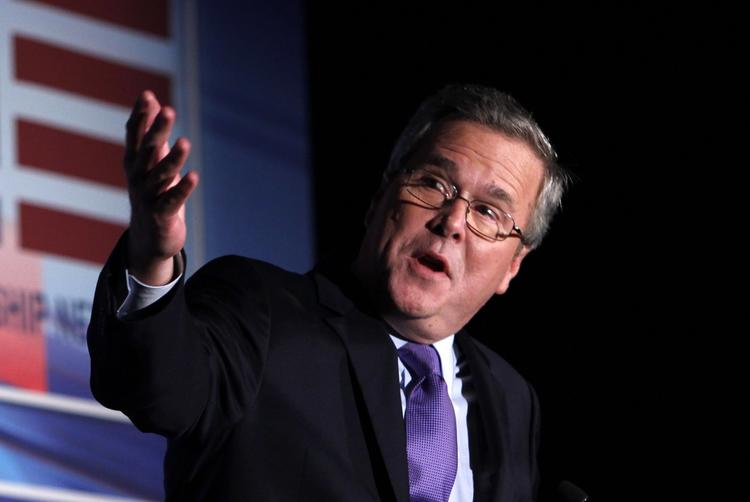 ‘This is what happens when you don’t prosecute officials for illegally torturing people.’

While also foregoing the opportunity to condemn the establishment of a torture program authorized and ordered by his brother, Republican presidential candidate Jeb Bush has said he won’t rule out the future use of torture if he becomes commander-in-chief and deems it necessary.

“I don’t want to make a definitive, blanket kind of statement,” Jeb Bush told an audience of potential voters in Iowa on Thursday in response to a question regarding the use of torture ordered by former president George W. Bush and the executive order put in place by President Barack Obama that explicitly ended the agency’s abusive interrogation program.

According to various reporting on the exchange, Bush suggested there may be occasions when brutal behavior—which under his brother’s watch included severe beatings, waterboarding, prolonged sleep deprivation inside crammed boxes, death threats against family members, and “much worse“—may be necessary “to keep the country safe.” That’s why, he reportedly stated, “I’m not saying in every condition, under every possible scenario” he would reject the use of torture.

Later in the day, according to the Guardian, Jeb Bush said there was a difference between enhanced interrogation and torture but declined to be specific. “I don’t know. I’m just saying if I’m going to be president of the United States you take this threat seriously.”

These kinds of responses, according to Trevor Timm of the Freedom of the Press Foundation, is “what happens when you don’t prosecute officials for illegally torturing people.”

Though many political commentators often discuss the challenge Jeb will face when it comes to distancing himself from his brother’s legacy, Timm suggests that Jeb can certainly (and increasingly) be judged on his own public comments, especially when it comes to foreign policy. So far, Timm observed in a subsequent tweet, the American people have learned from Jeb Bush that his foreign policy could be summarized with these key points: “Maybe send more troops to Iraq, rip up the Iran deal and maybe bomb them, and maybe torture more people.”