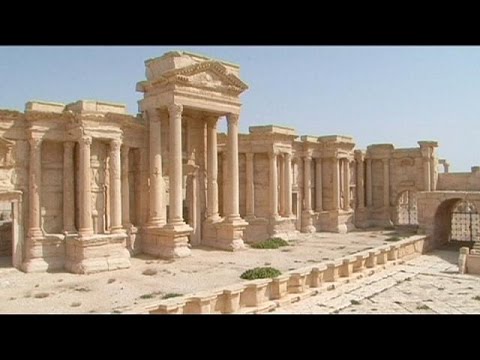 Gunmen from the Islamic State (IS) militant group have blown up a first century A.D. temple in the ancient city of Palmyra, Syrian government officials and a monitoring group have said.

However, there is confusion over when the detonation is thought to have taken place.

Syria’s directorate-general of antiquities and museums, Maamoun Abdelkarim, told the Syrian state news agency SANA late on August 23 that he had heard from local sources of the destruction of the Baal Shamin temple, built almost 2,000 years ago in 17 A.D.

Abdelkarim said Palmyra locals told him the militants had blown up the temple using a large amount of explosives but did not say when it had occurred.

The Britain-based monitoring group Syrian Observatory for Human Rights said the destruction happened around a month ago.

IS took control of Palmyra in May, prompting fears that the extremist group would destroy the UNESCO World Heritage site.

UNESCO chief Irina Bokova described the destruction of the temple as “a new war crime and an immense loss for the Syrian people and for humanity.”

Baal Shamin, whose name means Lord Of The Heavens, was the Phoenician god of storms and fertilizing rains. The temple in Palmyra was first begun in the early first century, and work on it continued until the third century.

IS gunmen last week publicly beheaded a retired 83-year-old antiquities scholar, Khalid al-Asaad, after holding him captive for weeks, reportedly because he refused to tell them where some of Palmyra’s most ancient artifacts had been hidden.