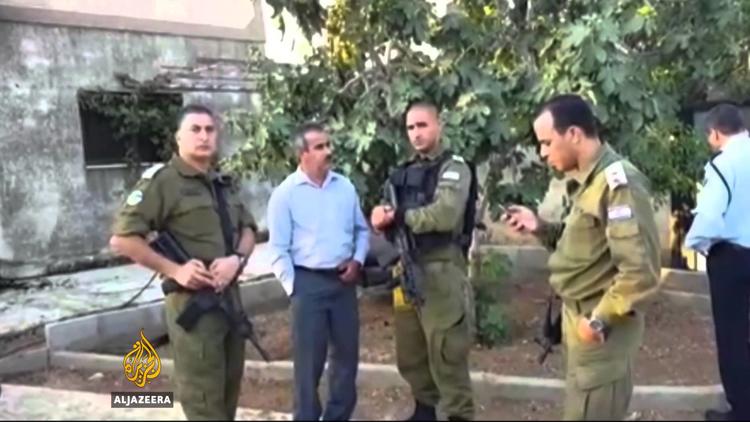 RAMALLAH (Ma’an) — The Palestinian Justice Ministry autopsy confirmed that the 18-month-old Palestinian who was killed in an arson attack on Friday was burned alive.

Minister of Justice Salim al-Saqqa said there was soot inside of the baby’s body, which indicates he was alive when his body caught fire.

al-Saqqa said the baby’s body was completely blackened, his features had melted, parts of his extremities disintegrated from the burns, while parts of the lungs and rib cage had melted.

The infant was killed when suspected Israeli settlers smashed the windows of two homes in Duma village near Nablus, throwing flammable liquids and Molotov cocktails inside and catching the homes ablaze.

The infant, Ali Saad Dawabsha, was trapped inside the family’s home as the fire spread and died shortly after.

His parents and four-year-old brother were left with severe burns.

The mother was in critical condition with third-degree burns covering 90 percent of her body, an Israeli doctor told public radio. The father had burns on 80 percent of his body and the son 60 percent, with all of their lives in danger.