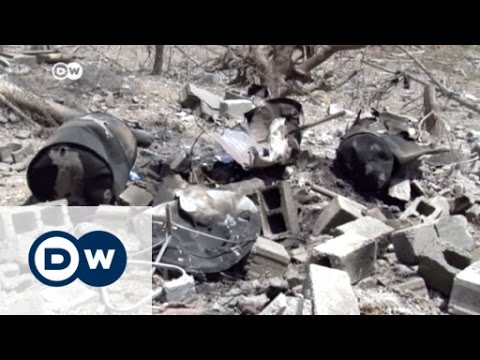 At least nine people fell victim to a spate of attacks in the Turkey's largest city Istanbul and the south-eastern province Sirnak on August 10. As the country gets knee-deep in the Middle East crisis, the fear of more attacks is pervasive.

Ever since Turkey launched military operations backed by lethal U.S. drone strikes in Iraq and Syria last month it has been beset by a series of small attacks in which at least 20 security officers have been killed as well as dozens of ethnic Kurds.

The focal points of Turkey's military attacks have been fighters belonging to the radical group ISIS and — increasingly — forces loyal to Ankara's old enemy the Kurdish Worker's Party (PKK).

It was a bomb blast in Turkey's eastern town of Suruc on July 20, killing 33 people, that served as the trigger for the country to become involved in a conflict it had previously stayed neutral towards.

A bomb attack at a police station in Istanbul in the early hours of August 10 injured three policemen and seven civilians. A fire caused by the bomb destroyed part of the building. The Istanbul governor’s office said the suspected bomber was killed during the explosion. Kurdish militants from the PKK later claimed the attack.

Pictures published and spread on Twitter show the aftermath of the attack.

At least 5 police officers & 2 civilians injured in a bomb attack on a police station in #Turkish city of #Istanbul. pic.twitter.com/INMdSMPQQE — Terrormonitor.org (@Terror_Monitor) 10 augustus 2015

Later on Monday two gunmen — reportedly women — opened fire on police investigating the scene of the earlier bomb attack. Ensuing gunfire led to the death of a police officer and at least two others.

Meanwhile a roadside bomb in Sirnak killed four policemen and in a separate attack a soldier was killed when a gunmen fired at a military helicopter.

On the same day, the U.S. Consulate was also attacked by two assailants. The attack was claimed by DHKP-C in a statement on their website. They described the United States as the “chief enemy of people in the Middle East and in the world”.

Pictures tweeted by @metesohtaoglu show the aftermath of the attack.

Photos from #US consulate attack in #Istanbul #Turkey 📷@DHA pic.twitter.com/ezEinrqKks

Tweets circulating the internet identify one of the suspects as Hatice Aşık, a far-leftist militant women from the DHKP-C. She was reportedly shot and arrested.

Asik had been released from jail only 33 days ago. She had been in prison for three years and was released as she awaited the verdict in a trial regarding her alleged participation in a bomb attack on a police station in Yenibosna, Istanbul, in 2012.

According to an eyewitness the second woman escaped the scene.

The U.S. Embassy in Turkey subsequently said the ‘security incident’ at the U.S. Consulate did not lead to wounded among personnel or customers.

This morning’s security incident in Istanbul resulted in no injuries to Consulate personnel or customers.

The Consulate was closed for the rest of the day and reopened one day after the attacks on August 11.

Ban Ki-Moon, the Secretary-General of the United Nations, expressed in an official statement “his deepest sympathies with the victims” of the attacks, “as well as with the Government and people of Turkey.” He says he hopes the attackers “will be swiftly brought to justice.”

After weeks of drone airstrikes on ISIS in Syria, the U.S. launched the first manned airstrikes from a base in Turkey against ISIS forces on August 12, only two days after the attacks in Turkey took place.

Turkey: ‘no concessions’ in attacks on PKK | DW News