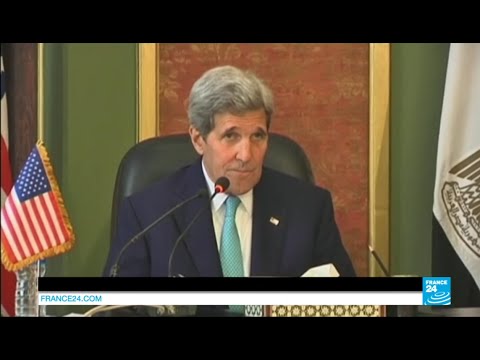 Washington’s rapprochement with Iran has opened the door for major realignments from Israel to Afghanistan.

Similar to the dissolution of Yugoslavia in the 1990s, ethno-sectarian fights will inevitably remold the Middle East and reshape the boundaries for new nation-states.

There is a sense that the U.S. ability to “call the shots” has been diminished, and concern that the United States is likely to withdraw from the region. In fact, the U.S. standing is likely to increase as Washington repositions itself.

This shift in U.S. policy has been signaled by statements over a period of years by senior active and former U.S. officials.

During 2010 testimony before the Senate Armed Services Committee, for example, then Central Command chief General David Petraeus remarked on the damage to U.S. interests generated by “insufficient progress towards a comprehensive Middle East peace.” Petraeus said that the Israeli-Palestinian conflict foments anti-American sentiment. He added that Arab anger over the Palestinian question limits partnerships with governments and peoples in the region, weakens the legitimacy of moderate regimes in the Arab world, allows militant groups to exploit that anger to mobilize support, and gives Iran influence in the Arab world through its clients.

More recently, senior officials have explicitly acknowledged that the situation in the Middle East is deteriorating and have stressed that a course correction by Washington is in order. Former Joint Chiefs of Staff head Admiral Mike Mullen recently argued that Washington needs to re-examine all its relationships in the Middle East, primarily with Sunni-dominated countries, and that a rapprochement with Iran will better balance U.S. diplomacy in the region.

Nothing better exemplifies the shift in the U.S. approach to the region and its ability to adjust to changing circumstances than the conclusion on July 14 of the nuclear agreement between the five permanent members of the UN Security Council (Russia, China, France, the UK, and the United States) and Germany (P5 plus 1) on one side and Iran on the other. On the day that the agreement, formally known as the Joint Comprehensive Plan of Action (JCPOA), was announced, Senator Dianne Feinstein observed that “we’re in a deteriorating situation in the Middle East, and this [agreement] offers the opportunity to turn the page.”

In the days immediately preceding and following the conclusion of the nuclear agreement, both the United States and, to some degree, Iran emphasized its narrow nature and the intractable character of the many differences between the two countries. Soon, however, both sides began to speak of possibilities for more cooperative relationships in the region.

President Obama has indicated that the region needs a new approach and attitude toward regional security. He said the Sunni Arab states shouldn’t blame Iran for all their problems, and he called on them to engage Iran in a “practical conversation” to reduce sectarian divisions and address shared threats from terrorism. At the same time, Iranian Foreign Minister Javad Zarif talked about the possibilities for cooperation on common challenges with Iran’s neighbors in a spirit of “mutual respect, good neighborliness, and Islamic brotherhood.”

In fact, this agreement is a major marker in the transformation of the Middle East. And it has opened the way to major realignments of power relationships in the region in coming years.

The agreement on the nuclear issue will ease tensions between the United States and Iran. It will generate a more favorable climate for bilateral and multilateral agreements on a range of other issues in the broader Middle East. This will lead to major changes in the relations among the various Middle Eastern states, which will contribute to stability from Afghanistan to the Mediterranean. Beyond facilitating cooperation between Iran and the so-called moderate Arab monarchies, it also could well bring Iran and the Israelis closer.

As Iran becomes a major center of gravity in the region, neither the Israelis nor the Arabs will want to be the odd man out. Aside from public rhetoric, both see the handwriting on the wall, and national leaders are calculating how to deal with the evolving situation. They will adjust and, in some instances, seize the initiative with accommodations among themselves and Iran.

As a result, the area will exhibit greater stability, and U.S. influence will increase as Washington pursues its policy objectives in a more balanced way.

In the near term, the U.S. policy shift provides an obvious opportunity for the Arab states to work with Iran to defeat the Islamic State and to achieve a political solution to the conflicts in Syria and Yemen.

Despite considerable unease, Saudi Arabia accepted that a deal on the nuclear issue was likely and has begun to adjust to the new reality.

In May 2014, in a move seen as an effort to ease relations, then Saudi Foreign Minister Saud Al-Faisal said that the kingdom was prepared to host Iranian Foreign Minister Zarif “anytime he sees fit.” The Iranians quickly welcomed the invitation, and this past January Zarif flew to Riyadh to pay his respects to late Saudi King Abdullah.

After the nuclear agreement was announced, the United Arab Emirates and Kuwait both congratulated Iran. Saudi Arabia’s King Salman reacted cautiously, telling President Obama that he hoped it would strengthen “stability and security” in the region. Subsequently, the Saudi foreign minister “reaffirmed” Saudi Arabia’s support for the agreement.

For their part, Israeli political leaders have continued stridently to voice their suspicions of Iran and to publicly denounce the July 14 agreement. If anything, Prime Minister Benjamin Netanyahu’s rhetoric has escalated since the announcement of the nuclear deal. Opposition leaders have joined the ruling coalition in criticizing the agreement. However, as early as December 2013, then Israeli President Shimon Peres said that he could be willing to meet with Iranian President Hassan Rouhani and that the Jewish state should be open to the prospect of achieving a final, long-lasting deal.

At the same time, senior former Israeli security and intelligence officials have been less alarmist than their political leaders. Former Israel Atomic Energy Commission Brigadier General Uzi Eilam, for example, told the Israeli paper Yediot Ahronoth in May 2014 that the Iranian nuclear program would only be operational in another decade. He added that he was not sure that Iran wants the bomb and suggested that Netanyahu was employing needless fear-mongering about Iran’s atomic aspirations. Former Israeli intelligence chief Efraim Halevy, who was appointed by Netanyahu, said on July 31 that the United States scored a great success in putting together a broad coalition to negotiate with Iran and face down the Iranian nuclear threat. And Israeli Defense Minister Moshe Yaalon simply hedged that Israel will need to analyze the effect the agreement will have on its security.

Netanyahu’s position surely reflects a calculation that a rapprochement between Tehran and Washington will ultimately result in a broader understanding between Iran and the United States that will both reduce Sunni-Shia tensions in the region and Israel’s influence in Washington.

In fact, the potential benefits for Israel are considerable, and the realignments could lead to Israel’s integration within the region. Absent a shift in Israeli policy, the country will face mounting pressure to accede to regional and international support for a Palestinian state. As the Arabs and the Iranians find a more productive modus vivendi, and the Palestinians continue their slow walk to near universal recognition and ultimately statehood via non-violent resistance and international law, Israel will be compelled to adjust to the new realities.

Given the erosion in support for current Israeli policies in Europe and, to some extent, in the United States, Israel should accept what is increasingly inevitable and negotiate a final status agreement with the Palestinians, which produces a Palestinian state roughly along the pre-Six Day War lines. An agreement that is acceptable to both sides, as well as the states in the region and beyond, could finally facilitate Israel’s integration into the region.

For its integration to be complete and secure, Israel also must be more open about its own nuclear weapons program — the region’s only one. This would include acceptance of international inspectors at its nuclear facility in the Negev and other relevant sites. Additional positive results could include an eventual agreement on a Middle East Nuclear Weapons Free Zone and a marked strengthening of the international nuclear non-proliferation regime, making it even less attractive for states within and beyond the region to seek to become nuclear weapons threshold states.

Of course, the other players — especially the permanent members of the UN Security Council — also must do their part. And the United States will be well positioned to provide incentives and orchestrate efforts by all interested parties that will contribute to stability and facilitate development in the region. Washington will undoubtedly step up its efforts to seek understandings between Tehran and the Arab states to wind down the sectarian and tribal conflicts in the region. It could also encourage Iran to tone down its anti-Israel rhetoric. For progress, Iran will have to signal Israel that it remains prepared to accept a resolution of the Palestinian-Israeli conflict that is acceptable to both sides, and that it will do its part to reduce the hostility between Israel and itself.

A good place for the players to initiate gestures of this kind would be at the opening this fall of the 70th UN General Assembly session. Pope Francis’s address to the assembled representatives will, at a minimum, contribute to the spirit of new beginnings and could well help make the session more productive than those of recent years.

France24 from last week: “Kerry’s visit to Qatar: “It’s far far better to have an Iran that doesn’t have a nuclear weapon””