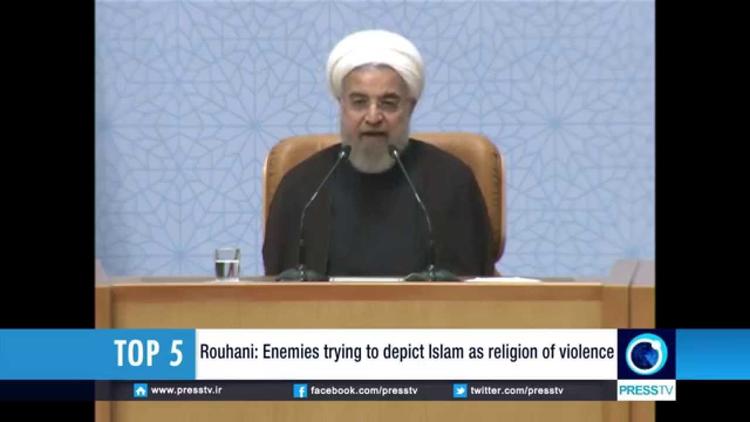 Iran’s Guardians Council, long accused of being a tool for hard-liners in factional power struggles, is at the center of a new war of words among top state officials.

The exchange comes ahead of elections early next year for parliament, which is currently controlled by conservatives and hard-liners, and for the Assembly of Experts, which oversees and appoints the country’s supreme leader.

It could signal a sharpening of stances with the February votes looming, the first since Iran and world powers reached a nuclear agreement that limits Tehran’s nuclear activities in exchange for sanctions relief.

This week, President Hassan Rohani, a relative moderate, questioned the role of the Guardians Council, suggesting it has a “supervisory role” rather than “an executive one.”

“It is the government which actually executes the task, and in some cases it has the necessary means to prevent election disorder and possible fraud,” Rohani said in an August 19 speech.

He added that the future parliament would not be controlled by any single party or group.

“We have no place in this country for disqualifying experienced, caring people who want to use their knowledge in the service of the country, whatever political affiliation they may come from,” he said.

The comments hint at concern that reformists and moderates who are supportive of Rohani’s policies might be prevented from running.

The powerful Guardians Council supervises presidential and parliamentary elections and can veto candidates whose views are deemed out of line with the Islamic establishment or insufficiently loyal to Supreme Leader Ali Khamenei. The council also vets legislation passed by parliament for compliance with Islamic laws and the constitution.

The Iranian leader directly appoints six clerics to the 12-member Guardians Council. The other six, all jurists, are chosen from a field of candidates nominated by the head of Iran’s judiciary, who is himself selected by Khamenei.

Such comments weaken the “effective pillars of the revolution,” namely the Guardians Council, and damage “national unity,” he said.

Without naming Rohani specifically, Jafari noted that Iran’s president must also undergo screening by the Guardians Council, which is seen by its critics as a major obstacle to free and competitive elections in Iran.

“Those who have had the opportunity to emerge on the country’s management arena through this council and due to its nonfactional and generous nature should use their words more wisely,” Jafari said.

He referred to comments by some officials as the start of the “erosion of the independence and dignity” of the Islamic establishment.

Criticism also surfaced via the influential hard-line daily Kayhan, which said Iran’s constitution gives the Guardians Council the authority to supervise elections and neither the government nor any other body has a right to interpret the constitution.

Critics accuse the council of overstepping its legal boundaries and controlling the election process by acting based on political motivation.

Conservative lawmaker Ahmad Tavakoli said he was surprised that Rohani, who has a law degree, had questioned the role of the Guardians Council.

“However, this is nothing new; it was also discussed under the previous president,” Tavakoli said in an August 20 interview with the hard-line Tasnim news agency.

He advised Rohani not to follow the footsteps of presidential predecessor Mahmud Ahmadinejad, who eventually fell out of favor for repeatedly challenging the Iranian establishment.

“Ahmadinejad had a phrase that led to his [downfall]. He would say, ‘I don’t accept a certain law,'” Tavakoli said.

Guardians Council members and other hard-line officials have in recent months warned that “seditionists” — a term commonly used for political opponents who protested Ahmadinejad’s disputed reelection in 2009 — will not be allowed to win seats in parliament or the Assembly of Experts.

The warnings come amid signs that the reformists, who have been largely sidelined for over a decade, are poised for a political comeback in next year’s parliamentary elections.

Khamenei’s representative within the IRGC, Ali Saeedi, warned in June against a change in the political composition of the conservative-dominated parliament.

Saeedi told the hard-line Fars news agency that such a development would represent a “threat against the ideals of [Islamic revolutionary leader Ayatollah Ruhollah Khomeini], Khamenei, and the interests of the establishment.”

Therefore, he said, the Guardians Council should fulfill its duties and potential candidates should have revolutionary credentials.

PressTV: “Rouhani: Iran will never use its strength against regional countries”