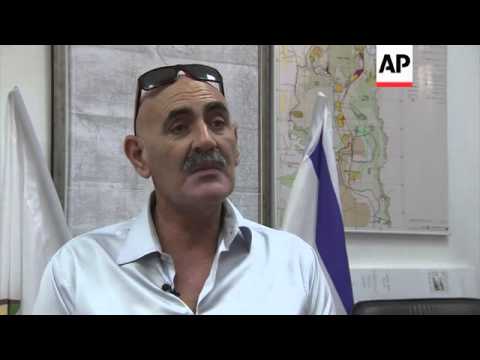 By Ingrid Matthews and James Arvanitakis | (The Conversation) | – –

From Australia, we watch Israel at a great distance, safe in the knowledge that the regular and horrific levels of violence in the region are far from our shores. But we still find ourselves, like most of the world, asking: what can we do? One response is the Boycott, Divestment and Sanctions (BDS) movement, which protests against documented human rights abuses perpetrated by Israel, such as settlement expansion on Palestinian land.

The purpose of economic BDS is to put pressure on nation states that are consistently in breach of international law and the principles enunciated in the Universal Declaration of Human Rights.

The implications of academic BDS

Our focus here is the implications of academic BDS. This is the call to academia to disengage from Israeli education institutions that endorse, participate in or benefit from the Israeli occupation of the West Bank and East Jerusalem, illegal settlement expansion and the blockade of Gaza.

We are colleagues who share many views and identify ourselves as academic-activists. Our pedagogy is shaped by social justice principles. But, when it comes to academic boycott, we hold different positions, which are more complex than simply withdrawing custom from Israeli businesses.

One of us has chosen to support academic BDS. That support is founded on the democratic principle that academic BDS is a people’s movement of legitimate non-violent alternatives, because international and state institutions have failed to hold Israel to account.

The other rejects the academic boycott, but stresses that individuals and organisations have the right to support academic boycott without being professionally pressured or accused of anti-Semitism.

It should go without saying that BDS specifically rejects anti-Semitism in any form. Academic BDS operates at the institutional level – it is not about condemning individuals for their Jewish identity.

The best of intellectual traditions seek co-operation and dialogue, in a free flow of ideas, to find solutions to intractable problems. To the principles of academic integrity and freedom, we add awareness-raising as integral to teaching.

This includes standing against abuse, apathy and inaction. As the then Australian Chief of Army, Lieutenant General David Morrison, famously said of sexism and sexual assault in the armed forces:

The case against academic BDS questions whether it derails effective alternative activism. This is explored by Noam Chomsky, who eschews the centring of academic freedom (and themselves) by BDS proponents:

Failed initiatives harm the victims doubly – by shifting attention from their plight to irrelevant issues (anti-Semitism at Harvard, academic freedom etc) and by wasting current opportunities to do something meaningful.

While BDS potentially ignores constructive Israeli voices, the more destructive voices build up their platform in the breach. When the Israeli Defence Force bombed United Nations buildings in Gaza, The Australian reported that Zionist law firm Shurat HaDin warned that academics who supported BDS would be “next in the firing line” for a lawsuit.

This became their story, when Israel was bombing international humanitarian infrastructure.

The question here is whether we compromise one form of solidarity for another. The findings of Israeli academics who work for human rights, who document the conflict and who theorise resolution cannot be devoid of all merit. We cannot incorporate their conclusions if we opt against working together.

A risk of losing sight of the key concerns

All too often, the debate is lost in a cacophony of anti-Semitism accusations and the focus shifts to Western institutions instead of Palestinian rights. Our answer is neither to shout back, nor to go quietly into the relatively gentle Australian night.

BDS, and resistance to it, are founded in passionate commitment. As academics, we must locate reason in the actions, the words and the many complex human transactions that make up a campaign and a bilateral friendship.

Whether we support BDS and commit to promoting it, or decide to support the rights of those who do so, we are making a moral and ethical decision that is integral to our practice.

This article is based on a chapter written by the authors in the new book Australia and Israel: A Diasporic, Cultural and Political Relationship (Sussex Academic, 2015).

Ingrid and James will be one hand for an Author Q&A between 9 and 9:50 am on Friday, August 21. Post your questions in the comments section below.