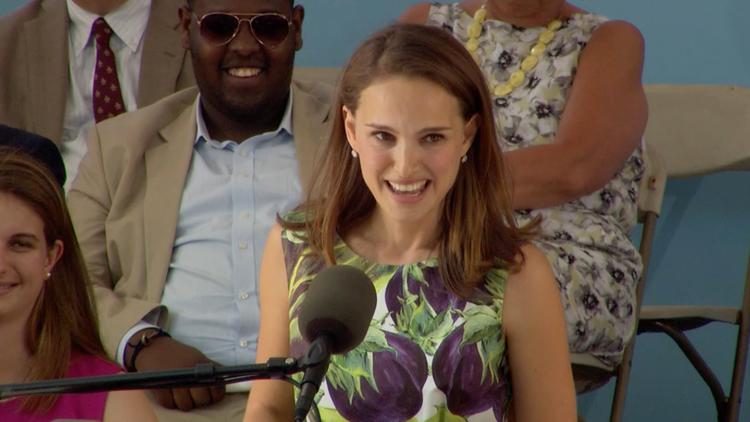 Actress Natalie Portman has kicked off a controversy with remarks about how to remember the Nazi Holocaust against the Jews, in which the National Socialists murdered 6 million.

Her critics have run off on tangents and presented a lot of red herrings. Portman did not question the distinctiveness of the Holocaust, but rather outlined what she thinks should be taken away from it.

She made the remarks in an interview with The Independent:

““I think a really big question the Jewish community needs to ask itself, is how much at the forefront we put Holocaust education. Which is, of course, an important question to remember and to respect, but not over other things… We need to be reminded that hatred exists at all times and reminds us to be empathetic to other people that have experienced hatred also. Not used as a paranoid way of thinking that we are victims.”

She continues: “Sometimes it can be subverted to fear-mongering and like ‘Another Holocaust is going to happen’. We need to, of course, be aware that hatred exists, anti-Semitism exists against all sorts of people, not in the same way. I don’t mean to make false equivalences, we need it to serve as something that makes us empathetic to people rather than paranoid.”

She can pinpoint the moment that she came to this realisation – it was in 2007, on a trip to Rwanda to trek with gorillas. “We went to the museum there, and I was shocked that that [genocide] was going on while I was in school. We were learning only about the Holocaust and it was never mentioned and it was happening while I was in school. That is exactly the type of problem with the way it’s taught. I think it needs to be taught, and I can’t speak for everyone because this was my personal education.”

Her remarks did not imply that Rwanda was equivalent to the genocide of the Jews. She was saying that people who lived through a Holocaust should be extra sensitive to massacres of others, should highlight these further genocides– not because they are equivalent but because having been genocided should produce empathy.

She also warned against any fascist use of the Nazi genocide for the purposes of far-right nationalism, the nursing of grievances against others, the paranoid political discourse that sees every political challenge as 1938 and every oppositional movement as equivalent to Nazism.

She was talking not about history but about psychology, not about comparative statistics but about emotional maturity, not about past wrongs about about present-day moral compass.

We all know Likudniks who use the genocide as a get out of jail free card, who think they can do no wrong because, Holocaust. They are not unique. All massacres and genocides are available for both extreme nationalist and empathetic purposes. The difference does not lie in how many were tortured and killed. The difference lies in what we take away from it.

Look at Japan. The Japanese right wing, exemplified by Prime Minister Shinzo Abe, has difficulty recognizing that Japan did anything wrong in the 1930s and 1940s.

But the majority of the Japanese public is pacifist despite having been nuked by the Truman administration. (Two-thirds of the Japanese public reject Abe’s legislation to allow the Japanese army to be deployed for warfare abroad). Whatever their resentments about Hiroshima and Nagasaki, most Japanese cite them as a reason for which war in general must be avoided– i.e. in the sort of spiritually mature manner that Portman is calling for.

Note that I am not comparing the experience of civilians being nuclear-bombed to the Nazi genocide against Jews. They are incommensurate experiences, both productive of long-term historical trauma. The question is, how should we remember and deploy them in today’s world? The majority of the Japanese public has the right idea, in my view, while I think there is something pathological about the Likud Party (just as there is about the Japanese right wing). It is legitimate for Jews to be wary of racial bigotry directed against them by populist movements and to take what steps they can to protect themselves from it– that is a lesson of genocide. But to confuse protests against the illegal Israeli annexation of the Palestinian West Bank with racism is just naked nationalism, a demand to be freed from all critique or constraint because of past suffering. It is not the demand of a grown-up.

Portman is being prophetic in the tradition of the Hebrew Bible, where there were no voices more critical of ancient Jewry than the Isaiahs. She is calling us all to turn hate and trauma not to the purposes of aggrandizement and suspicion but to those of care for today’s victims. Those who cannot understand her need to check their ethics.