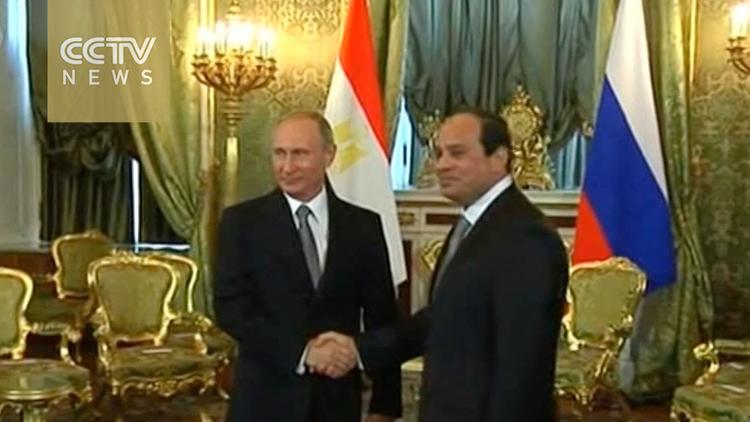 Egypt’s president Abdel Fattah al-Sisi met Wednesday for the third time in a year with Russian leader Vladimir Putin in Moscow. Putin is attempting to draw Egypt into a common front against terrorism. He wants to fight Daesh [ISIS, ISIL]) in Syria, which is only a 24 hour automobile drive from Russia’s troubled Chechen region.

Putin sees the common front against Daesh as a basis for a new level of strategic ties between the Moscow and Cairo.

But Putin put sl-Sisi in a difficult position by saying that the anti-terrorism front would include Syria’s president Bashar al-Assad.

Egypt quietly has good relations with Syria, but its main backer right now is Saudi Arabia, which is attempting to overthrow al-Assad .

The two have some common economic interests, as well. Russia is offering to build Egypt a nuclear power plant, and Egypt is offering Russia some free trade zones along the refurbished Suez Canal.

Egyptian critics complained that al-Sisi dressed just like Putin, in a dark three piece suit, for all the meetings.