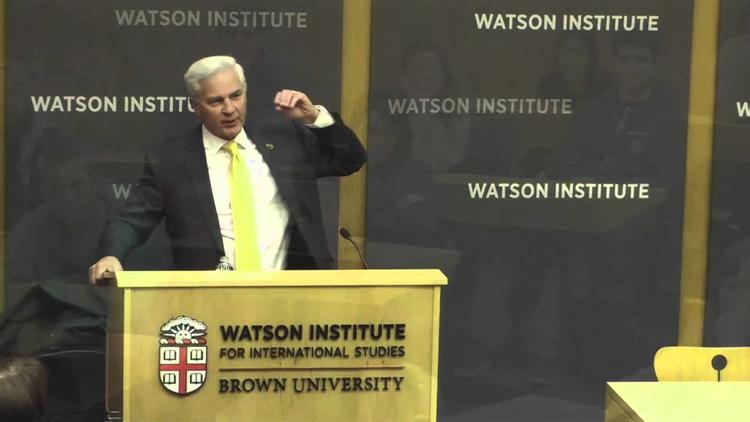 WASHINGTON (IPS) – As the U.S. Congress prepares to vote next month on the landmark Joint Comprehensive Plan of Action (JCPOA), which was agreed on July 14 between the world’s leading powers and Iran, and has been approved by the U.N. Security Council, eminent nuclear non-proliferation experts are mobilising international support for its immediate implementation.

The non-proliferation specialists’ statement, organised by Daryl G. Kimball, executive director of the Arms Control Association, point out that the July 14 agreement, “ … advances the security interests of the P5+1 nations (China, France, Germany, Russia, the United Kingdom, and the United States), the European Union, their allies and partners in the Middle East, and the international community.”

The joint statement is endorsed by former U.S. nuclear negotiators, former senior U.S. non-proliferation officials, a former director-general of the International Atomic Energy Agency (IAEA), a former member of the U.N. Panel of Experts on Iran, and leading nuclear specialists from the United States and around the globe.

The experts “… urge the leaders of the P5+1 states, the European Union, and Iran to take the steps necessary to ensure timely implementation and rigorous compliance with the Joint Comprehensive Plan of Action.”

The statement concludes: “… we believe the JCPOA meets key nonproliferation and security objectives and see no realistic prospect for a better nuclear agreement.”

It said: “The JCPOA will establish long-term, verifiable restrictions on Iran’s sensitive nuclear fuel cycle activities, many of which will last for 10 years, some for 15 years, some for 25 years, with enhanced IAEA monitoring under Iran’s additional protocol agreement with the IAEA and modified code 3.1 safeguards provisions lasting indefinitely.”

“Taken in combination with stringent limitations on Iran’s low-enriched uranium stockpile, these restrictions ensure that Iran’s capability to produce enough bomb-grade uranium sufficient for one weapon would be extended to approximately 12 months for a decade or more,” they add.

“Moreover,” the experts say in a joint statement, “the JCPOA will effectively eliminate Iran’s ability to produce and separate plutonium for a nuclear weapon for at least 15 years, including by permanently modifying the Arak reactor, Iran’s major potential source for weapons grade plutonium, committing Iran not to reprocess spent fuel, and shipping spent fuel out of the country.”