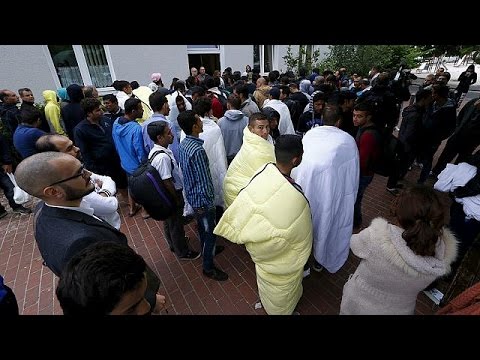 Germany has ceased applying the rules of the Dublin system to Syrian refugees. All deportations to other EU countries have been halted, Tagesspiegel reports.

The Dublin system’s critics have said for years that it is expensive, humiliating for refugees and ineffective. Now Germany has suspended it when dealing with Syrian asylum requests.

The decision was taken by an internal measure, which the European Council on Refugees and Exiles (ECRE) has now made public. On 21 August (Friday), Germany’s Federal Office for Migration and Refugees (BAMF) suspended the otherwise obligatory examination which tests whether asylum seekers first entered the EU in another member state and whether they should be returned to that country.

In its “Procedural rules for the suspension of the Dublin procedure for Syrian nationals” in which the ECRE is cited, it is stated that all applicable deportations to other European countries that have already been set in motion have been halted, primarily to countries on the EU’s southern border such as Italy and Greece.

Refugee organisations and charities have criticised the Dublin system for years, as the procedure acts as a sort of purgatory for the individual, standing in the way of their integration into society.

Moreover, critics believe the rule stipulating that the country of first contact is responsible for processing asylum requests and that refugees moving northward can be sent back there does not in fact achieve its stated purpose. Indeed, the procedure actually incurs high costs and administrative expenses. Last year, Germany made about 35,100 so-called ‘take back’ requests to other EU member states. In reality, only roughly 4,800 people were actually deported. The refugees also incur costs during their “transfer” through Germany.

Migration researchers also recommend that the wishes and family relationships of newcomers be considered, as this benefits the host country as well. Individuals who have relatives and friends, for example in Sweden, will have higher opportunities to find work and accommodation there rather than in, Italy, the argument goes.

On Tuesday afternoon (25 August), Brussels voiced support for the German initiative: “We welcome this act of European solidarity,” said a spokeswoman for the EU Commission.

Germany is currently the only EU state that does not send Syrian refugees back to their first point of contact, such as Italy or Greece. For the Commission, the German decision is recognition of the fact that the member states at the external borders cannot be left alone to deal with the large number of asylum seekers, commented the spokeswoman. There are currently, however, no other EU state that have suspended the Dublin rules as Germany have done.

Merkel and Hollande persist with Dublin

To date, Germany has been the most vocal advocate of the Dublin Principles and has consistently championed compliance with them. Yesterday, in a leaked BAMF document, German Chancellor Angela Merkel and French President Francois Hollande called for the immediate establishment of centres in Italy and Greece, where refugees should be registered in accordance with the Dublin rules.

Günther Burkhardt, director of German National Working Group Pro Asyl, labelled this initiative as unrealistic: “Since not even the provision of food and accommodation to refugees in Greece, currently the main destination country, is possible, how on earth is their registration supposed to be carried out?,” he wondered.

Burkhardt welcomed the new German guidelines as the first step towards the realisation that the Dublin system has failed. “Unfortunately, the fiction that this cannot work for other nationalities other than Syrians persists. Now the German Federal government must face up to reality and suspend the system for other refugees too,” Burkhardt added.

According to Pro Asyl, it is absurd that Afghan refugees still have to wait months for their requests to be processed. Instead of the formal examination as part of the Dublin system, which is used to establish who is responsible for processing the application, Afghans and Iraqis also need a “thorough examination of their asylum applications,” Burkhardt said.

The NGO official added that now is the time to “make the EU-wide population aware that the protection of refugees” is the task at hand. “The values of European civilisation are at stake,” Burkhardt said. A “Europe surrounded by fences will not work.”