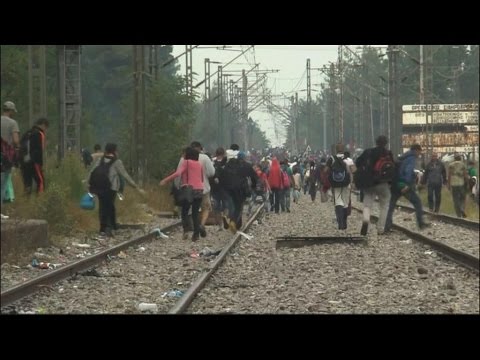 Migrants: Those who voluntarily go to another country to live and work, seeking a better life.

Refugees: Those who are forced out of their homes, because of political persecution or natural disaster or a chronically bad economy. and have no choice but to try to make a new life elsewhere.

Illegals: (N.B. slang, usage error, since human beings are born with certain inalienable rights, are made in the image of God, and cannot be illegal.) Actions can be illegal, people cannot.

Far right wing politics: The conviction held by losers that their country never needs new blood or talent, despite their own political staleness and complete incompetence.

Mediterranean Sea: Graveyard for desperate refugees if the European Union won’t police it with rescue vessels.

Anchor baby: Demeaning term for natural-born citizen of the United States one or more parents of which are not US citizens. That Americans are those born on US soil keeps the US from becoming like Gulf Arab oil states, which lack labor protections for their temporary guest workers, who almost never become citizens (in Gulf states citizens are a small minority of residents, enjoying special privileges that imported temporary workers do not).

Racism: Generalizing about very large groups of people on the basis of a small number of individuals.

The Nation (New Zealand): “What’s changed recently to create a flood of refugees into Europe?” – UN Development Programme Administrator Helen Clark says the fighting in Syria is at the heart of Europe’s refugee problems.