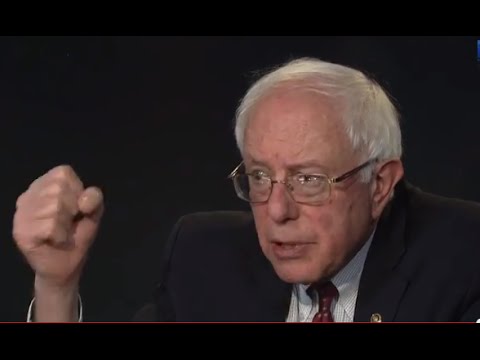 The condition of late capitalism produces a press discourse strangely devoid of any mention of class. Last Thursday we had 10 rich males, all but one white, on a debate stage seeking to represent the billionaire class (some 536 individuals in US, who have more wealth than the bottom half of the US population).

US billionaires are getting richer at a time when wages for working and middle class people have not kept pace with increases in productivity. Working and middle class Americans, unlike the stock market (80% of which is owned by the top 20% of the population), have never recovered from the bust of 2008. And no, it was not caused by ordinary people trying to live above their means. It was caused by bankers who were venal and corrupt and stole enormous sums from the public.

So what did the would-be representatives of the super-wealthy want? They wanted to take away health care from tens of millions of Americans. Why would you want to do that? Having to contribute to health care for the US public is an inconvenience to the business classes, many of whom don’t want Obamacare.

They want to take away your medicaid and social security. Again, this step is in the interest of the super-wealthy who don’t want the government to run such large entitlement programs for fear that Washington will end up taxing them for the operation. (In fact, social security would be healthier if the wealthy had to pay into it according to full income; at the moment, there is a cut-off for payments, which saves the billionaires a lot of money.)

So folks this is an amazing tableau. We had 10 persons up there who openly announce that they want to ruin the lives of the majority of Americans. Before social security, the aged were the poorest segment of the population and a lot of old people just died of poverty. Now, the elderly are a well-off demographic on the whole. The 10 dwarves want to take that away from us. (By the way, private pension plans are next to useless for a lot of people, because the companies go bankrupt before they ever have to pay out, and the workers get screwed).

For camouflage purposes, Jeb Bush and John Kasich even bring up the problem of the hardships of the middle class (they won’t say workers), but they do it in a tut-tut sort of way with few practical plans to help. And their actual policies as governors were not good for workers.

One important help that could be given the working poor is to raise the minimum wage, which has fallen way behind inflation.

All ten are against this step. In fact, some of them want to get rid of the $7.25 minimum wage! Because they aren’t there to help workers, they are there to help super-wealthy businessmen.

Groups representing the billionaires, like ALEC, have managed to defund state universities and push their costs off onto the middle class, basically privatizing them because our selfish business class doesn’t want to pay its fair share for education by paying progressive state taxes. This development has led to massive student debt.

The GOP 10 express concern about this problem, but most of them don’t have practicable plans to reverse these trends and return our state colleges and universities to their original mission of affordable education for all.

A lot of them want a flat tax, which hurts the middle class and vastly helps the billionaires. A businessman who owns a fleet of trucks is engaged in tearing up the highways, which have to be repaired every year. The taxes on the trucks only pay for a fraction of this public spending. The truck billionaire should pay more for the use of a public good like highways. The family of four making $20,000 a year who take public transport into work are not tearing up the roads in the same way. They should pay a smaller proportion of their income in taxes. A flat tax would vastly accelerate the concentration of wealth in a few hands, something the US public says it doesn’t want. In fact, the tax system needs to be made more progressive, as it was in the era of President Eisenhower.

Unfortunately for the GOP candidates, you can’t win a US presidential election with 400 votes. So they have to appeal to a wider public. They can’t appeal to that public on a platform of screwing them over for the sake of their donors (or in Donald Trump’s case, for his own sake).

So then they play identity politics. They use a dog whistle to suggest they are the representatives of white people. They go after the 25% of Americans who are evangelicals and the 20% who are Catholics by promising to make the 16,000 women a year impregnated by rapists bear their rapists’ children.

That’s right. The GOP platform supports the fatherly rights of the rapist element in society.

About a fourth of the evangelicals aren’t impressed, and care about social issues, so they vote for the Democratic Party. The Catholics are fairly evenly split. Still, if you can bamboozle tens of millions of believers by promoting the rights of blastocysts over those of raped women, well that’s better than losing right off the bat because only the Koch Brothers like your economic ideas.

It is the Democrats who manage sometimes to bring up a few of the issues harming workers and the Middle Class. But most of them feel they need billionaire campaign money, too, so there are red lines they won’t cross. Bernie Sanders is the major exception here. He is forthright in talking about class inequities. That is why he is largely ignored by the MSM (which is owned by billionaire corporations) and alarms the punditocracy inside the beltway, most of whom are tied to the Establishment.

In the meantime, in the face of all these problems facing working people, we instead get coverage of some billionaire loudmouth who is a good diversion. The dispute between him and Megyn Kelly is between a billionaire and a multi-millionaire. It isn’t about women. Trump is angry at press lord Rupert Murdoch, who owns Fox, for having her go after him. In fact, the real innovation of Trump was to cut out the middle man, and just go straight for an open plutocracy, such that he isn’t beholden to Murdoch and the other 535.

In a society with, like, actual journalism, more time would be devoted on cable television to Sanders’s suggestions for increasing social justice than to food fights among rich people.

Thom Hartmann: “Bernie Sanders is the Only Candidate for the Middle Class…”