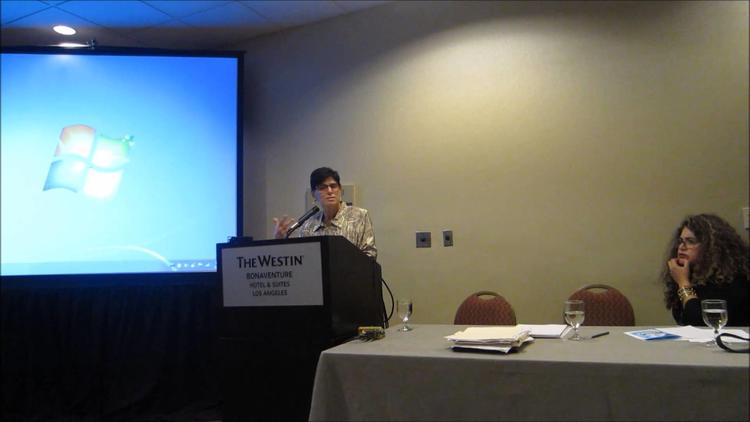 There is no honor among thieves or ideologues, and it is sad to see a great university’s leadership descend into petty squabbling and vicious infighting over the illegal firing of Professor Steven Salaita.

In recent days new revelations and developments have emerged that make clearer the contours of the crime that was committed against Salaita. What happened was this. Salaita is a specialist in Native American studies who has also written about Palestinians in a comparative vein, and was at Virginia Tech. In 2013 he was hired by the University of Illinois Urbana Champaign; in summer of 2014 he moved to Urbana, and sold his house in Virginia, bringing his family out. Then Israeli prime minister Binyamin Netanyahu launched a brutal attack on the defenseless little Gaza Strip, which left some 2000 dead, 400 of them children. Whatever the provocation for this assault, it was certainly disproportionate and showed a reckless disregard for the lives of noncombatants, and therefore a war crime. The Israeli human rights group Breaking Silence collected testimonies from Israeli soldiers who invaded Gaza indicating that they were given such loose rules of engagement that war crimes were inevitable.

Salaita said as much on Twitter that summer, sometimes deploying hyperbole and ridicule to get his point across. His bold micro-blogging provoked the usual angry letters from fanatics demanding that his constitutional rights be abrogated by the university administration, and through mid-July the communications of Chancellor Phyllis Wise and the Board of Trustees about Salaita mainly concerned how to deal with this uproar.

Then, on the July 24 meeting, something changed. Critics allege that the Board of Trustees got enormous pressure from powerful and wealthy pro-Israel donors to fire Salaita, and that the Trustees caved.

Although the University of Illinois Urbana Champaign is a public, state university, it, like all state universities, has been deliberately defunded by the state legislature over the past 30 years, in what must be a nation-wide conspiracy of some shadowy lobbying organization of the ALEC sort. Without sufficient funds from the legislature, the state universities have been forced to raise tuition and to seek large private endowments from donors. Most of the donors are hard-working, public-spirited and philanthropic people who want to help their alma mater. But a handful sometimes start thinking their donation has bought them influence over how the university is run (an attitude that is unfair to the other donors, and to the university itself).

Demonstrably, the university got pressure from pro-Israel extreme nationalists who boasted of having made 6-figure gifts to the university that they would be discontinuing. Why they think their gift to an institution dedicated to free speech and critical thinking gives them the right to abrogate the professors’ and students’ free speech and critical thinking I’ll never understand.

Abruptly, Vice President for Academic Affairs Christophe Pierre and Chancellor Phyllis Wise wrote Salaita to announce that his appointment would not be brought to the UIUC Board of Trustees.

This way of putting the matter made it appear that Wise was making the decision herself. But the reality may be that the Board gave her her marching orders. She now says she’s “tired of carrying water” for the Trustees. In fact, she said, “I am going to talk with (university counsel) Scott (Rice) about setting the record straight…”

Note that although it is the custom that academic appointments are approved by the Board of Trustees or the Regents, that approval is generally pro forma and by law, Salaita had already been hired and had a contract. It appears to have occurred to some Board Trustees that they could attempt to do an end run around their contractual obligations to Salaita by pretending that he had not actually been hired until the Trustee vote on the matter.

The American Association of University Professors laughed that argument out of court even before the courts laughed it out of court.

Salaita was fired after having been hired, a tort that in the law is called “promissory estoppel,” and which is very illegal in Illinois law. And he was fired for constitutionally protected speech

Once Salaita sued, the court required UIUC to preserve or turn over communications relevant to the decision.

But it is alleged by a UI commission that Chancellor Wise started using her personal, instead of her university email to discuss the case, so as to get around disclosure requirements, and that not all the relevant communications leading up to the decision were turned over to the court, as required.

Last week, in a massive defeat for the university administration, a a Federal judge refused to throw out Salaita’s lawsuit. The judge seems to me actively to have made fun of the university’s two central claims, a) that it hadn’t actually hired Salaita and so could cancel his appointment and b) that his “incivility” on Twitter amounted to obscenity. The judge pointed out that the Supreme Court had found in 1971 that a book cover with the title “fuck the draft” was not obscene or illegal. The judge was implicitly saying that if you can say ‘fuck the draft’ then you can wonder when Israeli PM Binyamin Netanyahu would show up with a necklace of children’s teeth, as Salaita tweeted. (His vicious assault on Gaza did kill 400 children). Pro-Israel Jewish nationalists, cocooning in a hothouse atmosphere, have decided that no trenchant criticism of Israel or its leaders will be allowed, and they have sought to enforce the prohibition with all the tools of a cult. The judge slapped them down.

As apparently had been agreed beforehand, Wise offered her resignation to the Board of Trustees once the Federal court allowed the suit to go forward. The judgment, in fact, boded very badly for the university if the case goes to trial.

But in a twist, the university administration rejected the resignation and fired her instead. She maintains that she was owed $400,000 as a retention incentive, but she won’t receive it if she is fired. She has resubmitted her resignation and insists on getting it. This is yet another lawsuit.

The Board appears to believe that the evidence that emerged that Wise may not have been in compliance with court orders about turning over emails and preserving further ones is a firing offence. The issue has also become political, with the governor of Illinois characterizing the $400,000 as a “bonus” which she does not deserve.

Cary Nelson, a powerful faculty member at UIUC and pro-Israel fanatic who supported Salaita’s firing later said that he thought it would be fair to give Salaita a settlement of a million dollars to go away. That is, it was worth $1 mn. of state money to Nelson to avoid having on campus a colleague with whom he disagrees. Nelson had, scarily enough, been high in the American Association of University Professors’ academic freedom committee for years. I very much doubt that he would have defended my freedom of speech.

But it turns out that Nelson was wrong. The university is not going to get away with paying Salaita $1 mn. to go away.

Wise’s career is in tatters. She is out $400,000 and had to give up her last year of a 5-year term as chancellor. A lot of chancellors or provosts go to another university to become president. That is not a likely move for her now. Moreover, she now thinks she was made the fall guy by the very Board that may have conspired with extremist donors to instruct her to do the firing. It seems entirely possible that the scandal may yet reach into the Board of Trustees itself and other members of the upper administration.

It is entirely possible that Salaita, who has in the meantime accepted an appointment at the American University in Beirut, will have to be reinstated. If the university is wise it will just reappoint him and give him a settlement and avoid the lawsuit, which it seems likely to lose very badly.

The case reeks of corruption, of high-handed and over-paid administrators flaunting the law and allowing themselves to become tools of sectional interests (the very definition of corruption in office in the eyes of the Founding Fathers). To have our professors forced to flee abroad for jobs is the most shameful thing of all. It is as though we are some seedy fascist state where some frank tweets about geopolitics result in political exile.