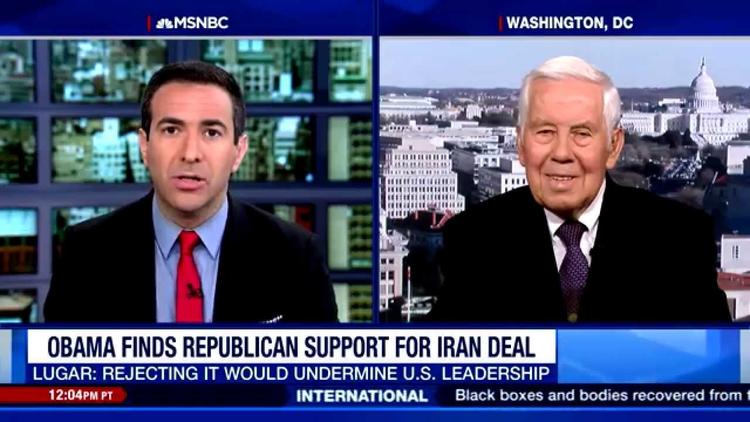 Eminent Iran and security expert Gary Sick pointed out in an email late Wednesday that the Associated Press just ran a shamefully inaccurate story alleging that under the UN Security Council deal with Iran, Iran would carry out some of the inspections of their own “sensitive sites.”

The accord actually provides for the inspectors of the International Atomic Energy Agency always to be present at such inspections. The reason for the presence of Iranian experts is that there is a long history of outside nuclear teams being sent in by the Great Powers for espionage. I.e., the Iranian inspectors are there to keep an eye on the UN inspectors, not to cover up Iranian activities (to which the IAEA will have full access). The 1990s UN inspections of Iraq were infiltrated, for instance, by US intelligence.

Sick points to a note put up 3 weeks ago by the Arms Control Association’s entitled “P5+1 and Iran Nuclear Deal Alert” (July 30):

Would the IAEA [International Atomic Energy Agency] Depend on Iran for Nuclear Residue Testing? No.

Congressional critics of the JCPOA [Joint Comprehensive Plan of Action] are misinterpreting information received in briefings about the process for IAEA inspections at sensitive sites. Under managed access procedures that may be employed the IAEA, the inspected party may take environmental swipe samples at a particular site in the presence of the IAEA inspectors using swabs and containment bags provided by the IAEA to prevent cross contamination. According to former IAEA officials, this is an established procedure.

Such swipe samples collected at suspect sites under managed access would likely be divided into six packages: three are taken by the IAEA for analysis at its Seibersdorf Analytical Lab and two to be sent to the IAEA’s Network of Analytical Labs (NWAL), which comprises some 16 labs in different countries, and another package to be kept under joint IAEA and Iran seal at the IAEA office in Iran a backup and control sample if re-analysis might be required at a later stage. The process ensures the integrity of the inspection operation and the samples for all parties.

The AP should retract its inaccurate allegations. At this sensitive point in the political campaign by the US Right Wing against the UNSC deal reached with Iran at Vienna, such disinformation could be highly consequential if it convinces, e.g. wavering Democrats in the House or Senate that the deal is flawed (which it is not).

Update: AP has removed most of its allegations from the story. For more see Max Fischer at Vox

For rebuttal of another false charge against the deal, that it is dangerous for Iran to be able to stall 24 days from having inspectors visit sensitive or military sites, listen to the refutation by a nuclear scientist and adviser to the British government the at Scott Horton’s show.

One of the problems scientists face is that their work is often complicated and hard to explain in sound bites. As with global warming and lung cancer from cigarette smoking, so nuclear inspections are an arcane subject on which the public can easily be confused by loudmouthed ignorant bluster by interested parties. Poor American science and math education also leaves the public without basic tools and ways of thinking needed to participate fully in a modern democracy. And although I admire so many of my colleagues in journalism, it also has to be admitted that some people advertised as journalists just aren’t very good– there are always the Judy Millers (who gullibly sold the Iraq War), or others who are generalists trying to report on a technical subject in which they have no expertise.

PPS Thurs. afternoon: The head of the International Atomic Energy Agency, Yukiya Amano, who has been a strong critic of Iran, has intervened in this debate to slap AP down:

I am disturbed by statements suggesting that the IAEA has given responsibility for nuclear inspections to Iran. Such statements misrepresent the way in which we will undertake this important verification work.

The separate arrangements under the Road-map agreed between the IAEA and Iran in July are confidential and I have a legal obligation not to make them public – the same obligation I have for hundreds of such arrangements made with other IAEA Member States.

However, I can state that the arrangements are technically sound and consistent with our long-established practices. They do not compromise our safeguards standards in any way.

The Road-map between Iran and the IAEA is a very robust agreement, with strict timelines, which will help us to clarify past and present outstanding issues regarding Iran’s nuclear programme.