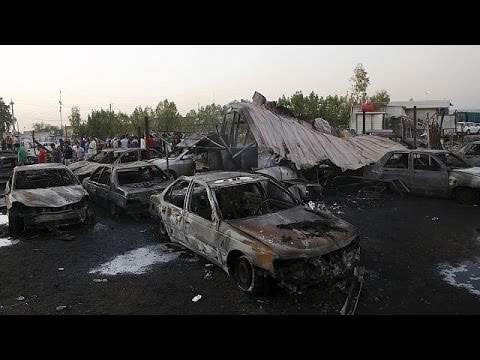 In principle, the idea of streamlining the Iraqi government and making it more efficient is a capital one. But the reforms being pursued by Prime Minister Haydar al-Abadi have to raise some questions about the direction the country is taking.

One step al-Abadi has taken announced Sunday, is to streamline his cabinet, making it less a set of rewards to parties and cronies and more like an executive body. The number of cabinet posts has been cut to 22 from 33. In principle, that is great.

But why is it that among the posts that have gone are Human Rights and Women’s Affairs? And if you had to abolish a post, should it really be the Environment (it has been folded into the Ministry of Health)?

The drive to reform has been impelled most recently by large demonstrations against the lack of electricity in largely Shiite cities like Baghdad and Basra. The demonstrations threaten the ruling Da`wa (Islamic Mission) Party, because they show deep dissatisfaction by their own constituents. Iraq has been suffering a heat wave, one that makes the torrid United Arab Emirates far to its south seem balmy, but electricity outages have left people without air conditioning.

But the bigger issue is the loss of 40% of Iraqi territory to Daesh (ISIS, ISIL), including the loss of Ramadi in the spring.

The Iraqi government was cobbled together under US military occupation, and contains many redundant features designed to reassure the major ethnic groups. So there’s a president (who has usually been a Kurd), but there were a Sunni vice president and a Shiite vice president. For a long time in the last decade the Sunni vice president just refused to sign off on any new laws. Ultimately the veto power was taken away from the vice presidents. There were also 2 deputy prime ministers.

The reforms passed by parliament last week have abolished all those redundant executive positions.

This reform was not abstract, but personal. One of the vice presidents was Nouri al-Maliki, the former long-serving Iraqi prime minister whom al-Abadi succeeded. Al-Maliki was dumped after the fall of Mosul to Daesh in summer of 2014, in part at the insistence of US President Barack Obama. But that al-Maliki was made vice president and remained the head of the ruling Da`war Party made it possible for him to continue to hold a lot of power and to obstruct al-Abadi’s reforms (he called the most recent ones “unconstitutional.”) Al-Maliki has now been deprived of his continued lever of power.

This development may be a great good thing, since al-Maliki has a conspiratorial mindset and does not trust Sunnis, and the alienation of the Sunni Arabs from the Baghdad government is partially his fault. Charges are also swirling in Baghdad that he was involved in embezzlement on a vast scale.

But more worrisome is the prospect that al-Maliki an other officials considered to have been responsible for the fall of Mosul may be brought up on charges. A A parliamentary commission has a list of officials they deem culpable, and al-Maliki is on it despite pressure from the Da’wa Party. Those targeted include the Sunni Arab governor of Ninewah Province when it fell to Daesh, Atheel al-Nujayfi, along with military commanders and the Ninewah chief of police. Also targeted are the former Sunni Minister of Defense Saadoun Dulaymi (who hosted some of us Western scholars at a conference on Translation a couple of years ago) and the army chief of staff Babaker Zebari and his deputy Aboud Qanbar. It is being alleged that if the army commander of Mosul had not just run away, he would still have the city.

Al-Maliki had kept the minister of defense portfolio for a couple of years himself, during which he appears to have ordered no training or drills, letting the army go soft. That there should be some accountability for those who lost much of Iraq to Daesh is desirable.

But the down side of going after all these officials is that they have supporters, and there is a danger of the central government falling into faction-fighting. In some ways this outcome is what took place in Yemen.

In the meantime, Daesh still has Ramadi and Falluja . . .