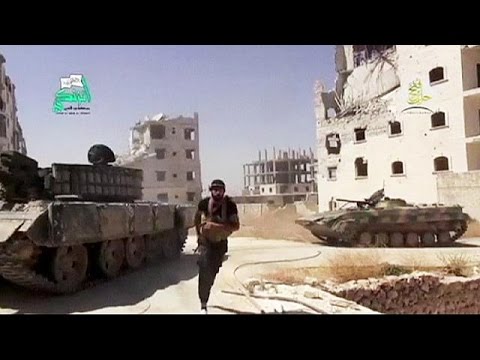 In recent months, prospects for applying the principles of federation and constitutional protection for minorities as a basic political solution for the conflicts in Syria and Iraq have dramatically improved. On the foundation of state restructuring, coordination of military force to degrade ISIS and the Nusra Front (henceforth “jihadism) is possible and the only way to prevent its rebirth is the guaranty of non- sectarian decentralized state structures.

In Syria a strategy of “freeze zones” which would halt military action between the government and the non -Jihadist opposition and allow each side to maintain control of any territory captured from Jihadists had been brokered by U.N. representative, Staffan De Mastura. It enjoyed some localized success in 2013-14 but over time these agreements fell apart. In Iraq, Sunni tribal sheikhs offered to join the fight against ISIS also with the provision of holding captured territory. To date there has been no acceptance. With the absence of common political goals and mutual suspicion, no substantive agreements will hold.

Principles of federation would include constitutional guarantees for a high degree of autonomy for delimited Sunni and Kurdish provinces in Iraq and for Alawite and Kurdish provinces in Syria. This would be in addition to constitutional rights for Christians, Aziris and other minorities who lack sufficient population concentration for a provincial unit, as well as members of all ethnic and religious groups living in mixed communities.

This would preserve the existing states albeit now federalized. Each federated unit would be able to exercise substantial control of its economy including taxes and revenues generated in the region, as well as cultural rights and external economic and cultural connections with neighboring countries.

Both Sunnis in Iraq and Alawites and Christians in Syria would support a federated state in their respective countries regarding it as the foundation for their security and the most promising arrangement for political participation. For the Kurds the PKK leans towards federal autonomy as a general principle though many political personalities in the Iraqi Kurdish regional government favor an independent state.

For the Iraqi political class it may be the only alternative to a split off of the Kurdish province. The strong form of federation is necessary because of the mass deaths, displacements and denial of political rights primarily affecting the Sunni population and the fear of Alawites, Christians, Kurds and secular forces of a state totally dominated by the Muslim Brotherhood.

Changing circumstances have created movement towards strategic shifts by the U.S., Russia, Iran and Turkey that can achieve the political and military goals just described. Most dramatic is the agreement on Iran’s civilian use of nuclear energy. This can be the catalyst for much greater flexibility in U.S relations with Iran and Russia. President Obama, to avoid the use of U.S. ground troops, is already relying on Iranian units in Iraq and Iranian led Shiite militias which together with the Kurds have been the only effective fighting force against ISIS in Iraq He recognizes that coordination with U.S air strikes will make these forces more effective just as U.S. military collaboration with the PKK’s affiliate in Syria has been successful. Iranian political influence in Iraq and Syria can also be effective but only if it accepts non- sectarian state structures in those nations. The understanding that Sunni autonomy is the price that must be paid to defeat Jihadism in Iraq on a long- term basis is a strong motivating force.

Support for regional autonomy for Alawite and associated forces would be vital to Iran especially if they believed that the military forces of the Syrian state, together with Iranian and Hezbollah military forces could no longer sustain the Assad regime. It could also expand Iran’s regional influence broadly on the Sunni population; not on the hostile Saudi regime, but in fact to counter the latter.

Iranian and Hezbollah military units have now withdrawn to the defense of the Mediterranean coast and the Syrian- Lebanese border. The Syrian army and its partners are in retreat from assaults of the Jihadists and the Syrian regime is in danger of becoming a rump state.
The increased precariousness of the Syrian regime led Russia earlier this month to summon General Qasam Soleimani, who leads Iran’s military forces in both Syria and Iraq, to Moscow to most likely to give his estimate of the survivability of the Syrian army and state. Shortly thereafter, the Syrian government sent a high level delegation to Oman, a recognized broker of negotiations in regional conflicts, which hints at a willingness to discuss with opposition forces a realistic political approach to end the conflict- either with supervised elections and/or a time limit on Assad’s hold on power.

Also this month Russian foreign minister Sergei Lavrov invited major Syrian opposition groups to Moscow to find a negotiable strategy for reconciliation and contrary to prior rejections, he received a positive response. High- level Russian officials in Turkey through that government’s cooperation had previously met with members of the Muslim Brotherhood, a major component of the Syrian opposition, over which the Turkish government exercises strong influence.

The Turkish role reflects the strengthening of ties with Russia. Defying U.S. and EU trade sanctions it has vastly increased trade with Russia that is now its second largest trade partner. Also as a reverberation from the Ukrainian conflict, Russia, to bypass Ukraine, will be installing a major gas line through Turkey to supply Europe.

All the currents described above offer hope of movement towards a decisive partnership against the Jihadists which to succeed will require political decentralization in the region.

To be sure, deeper political economic issues in the Middle East concerning class domination, and integration into the neo liberal global economy that arguably underlay the 2011-12 Arab Spring will continue. And the major powers that would benefit from the political settlements and military collaboration discussed above would attempt to counteract a new Arab Spring. However the absence of sectarian conflict and of strong Jihadist forces would weigh in favor of future challenges to the existing socio-economic order, and end the devastation experienced by the civilian populations.