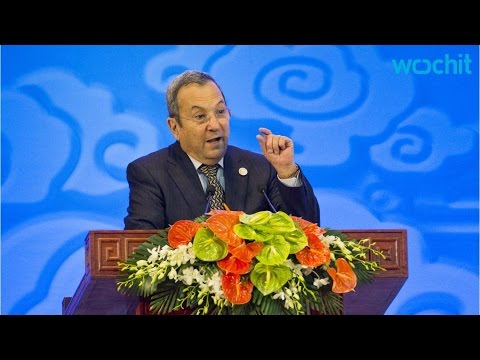 Barak gave the interviews as background to his autobiography “Wars (Milhamot) of my Life.”

“Bibi is weak, he doesn’t…he doesn’t want to take tough steps unless he is forced to do so . . . Bibi himself is immersed in a kind of deep pessimism and has a tendency…in the balance between fear and hope, he prefers, generally, to err on the side of fear. He once referred to it as ‘worried . . .”

In an excerpt released Saturday, Barak had said that he and Netanyahu were ready to launch an attack on Iran’s nuclear facilities (at Natanz outside Isfahan) on three separate occasions in 2010-2012, but were foiled each time.

In 2010, Israeli chief of staff Gaby Ashkenazi stopped them by maintaining that the military did not have the capacity for this mission. (Iran is very distant and Israel’s planes can’t get there and back very easily, nor would they be allowed to fly over Turkey or Iraq, nor would the Iranians take it lying down). In 2011, even other far right wing hard liners on the cabinet voted against. And in 2012, the US launched joint military maneuvers with Israel around the time of the planned attack, which would have made it look as though the US were behind the strike and even Netanyahu and Barak couldn’t risk Washington’s wrath.

Note that strikes on thousands of active centrifuges and stockpiled enriched uranium would have released enormous amounts of radioactive material into the air of Isfahan (pop. nearly 2 million, i.e. nearly the size of Houston, Texas), constituting a de facto dirty-bomb attack on Iran with large loss of life. Some of the radioactive fallout would have come back on Israel itself.

Apparently Barak thought that the interviews would remain background for his book and not be leaked because military censors in Israel would never approve them for publication or broadcast.

But the military censor has twice given Israel 2 radio the go-ahead to broadcast excerpts from the tapes.

While speculation rages in Israel that Barak is trying to undermine his enemies as part of a bid to come back as the head of the Labor Party and make another bid to be prime minister (Ashkenazi is a rival here), and that trash-talking Netanyahu is part of this plan, it seems more likely that he did not expect the interviews to be allowed on the air.

If this interpretation is true, then it is likely that elements in the Israeli military high command ordered the censor to allow the tapes to come out in public, and that it is they who want Netanyahu weakened.

We know that Israeli army chief of staff Gen. Gadi Eizenkot and many other high officers do not think Iran is the primary security threat to Israel. It is likely that they have been extremely annoyed by Netanyahu’s challenge to the Obama administration in trying to derail the Iran deal on monitoring its nuclear facilities.

The tapes would serve the Israeli military well in any struggle with Netanyahu. First, they underline that a previous chief of staff, Gaby Ashkenazi, had the ability to block the prime minister from a reckless strike on Iran in 2010. Second, Barak’s comments make Netanyahu look like an unstable combination of Hamlet and Napoleon– pessimistic, depressed, timid, and yet capable of erratically deciding to lash out at a country 10 times the size of Israel that has millions of armed allies in Iraq, Syria and Lebanon.

The airing of the interviews also undermines Barak himself (a fierce opponent of the Iran deal), who is widely considered a wild card in Israeli politics. He looks like a blabbermouth and backstabber. He was never likely to come back to the helm of Labor, but now is even less so.

Netanyahu has been ruthless in pursuit of power. He openly said there would be no Palestinian state in his lifetime, tearing the tattered fig leaf from the US State Department’s standard enabler role for Israeli expansionism in Palestinian territory. He used the army as mafia hit men in Gaza, ordering rules of engagement so loose they were bound to result in high civilian casualties (Eizenkot is known not to have agreed with such an approach in the 2006 Lebanon War). He paraded around Washington boasting of his ability to veto Barack Obama’s Iran negotiations, with an open alliance with the worst elements of the Republican Party. The Israeli security establishment, which is pragmatic and level-headed, must be terrified of him.

Israeli parliamentarians are demanding an inquiry as to how in the world the military censors allowed the Ehud Barak tapes to air. How, indeed.

Wochit News: ” Ex-Defense Minister Says Israel Aborted Plan to Strike Iran in 2012 to Prevent U.S. From Being Dragged into war”