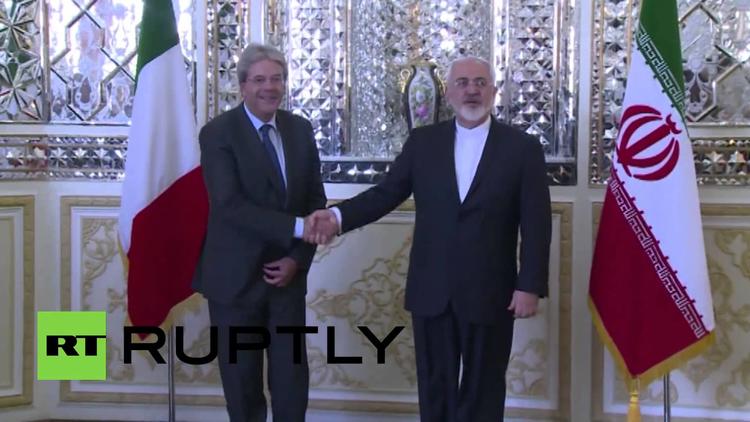 TEHRAN – Farhang Jahanpour, a former Senior Research Fellow at Harvard University, says the confirmation of the nuclear deal between Iran and major powers by the UN Security Council is of “enormous importance”.

“The new Security Council Resolution 2231 passed unanimously on 20 July 2015, less than a week after the conclusion of the deal, is of enormous importance,” Jahanpour said in an exclusive interview with the Tehran Times.

Jahanpour, who is a member of Kellogg College, University of Oxford, believes that Iranian Foreign Minister Mohammad Javad Zarif and U.S. Secretary of State John Kerry “have surely earned their right to a Nobel peace prize” for succeeding to bring the highly complicated nuclear talks to a conclusion.

Following is the full text of the interview:

Q: What is the significance of the deal between Iran and the P5+1?

A: As I mentioned in my last interview with Tehran Times (published on 1st July 2015), I predicted that the talks would produce an agreement and that the result would be positive. However, what nobody expected was that the agreement would have so many positive outcomes in such a short time, and that the UN Security Council would so quickly pass a resolution rescinding the earlier resolutions that had been issued under Chapter Seven of the UN Charter, which accused Iran of posing a threat to international peace and security.

The new Security Council Resolution 2231 passed unanimously on 20 July 2015, less than a week after the conclusion of the deal, is of enormous importance and is in sharp contrast to the earlier resolutions that were passed under the previous Iranian government and imposed harsh sanctions on Iran. The importance of the resolution is such that Senator Bob Corker, chairman of the Senate Foreign Relations Committee and one of the leading opponents of the nuclear agreement with Iran, said that if in the past Iran had been a pariah, with the passing of this resolution the Senate has become a pariah in the world. Of course, he is wrong. Congress would be a pariah only if it opposes the deal that has been reached between Iran and six leading countries of the world and has been approved by the Security Council. The majority of the people throughout the world and even in the United States support that agreement, and the Senate should also put aside its partisan policies and approve it with a big majority.

By passing the resolution, the Security Council has endorsed the Joint Comprehensive Plan of Action (JCPOA), which is described as the “culmination” of diplomatic efforts by the P5+1 – China, France, Germany, Russia, the United Kingdom, and the United States – and Iran, “to reach a comprehensive, long-term and proper solution to the Iranian nuclear issue.” Immediately after the resolution was adopted, UN Secretary-General Ban Ki-moon welcomed the measure, and said that the measure “enabled all States to carry out their obligations contained in the Agreement.”

The agreement is also of great significance in the cause of non-proliferation, because this is the first time that a country with major nuclear facilities and access to the full enrichment cycle has agreed to dismantle most of its nuclear activities without resort to war. This means that it is a triumph of diplomacy over war and it is a path that other countries that wish to have a peaceful nuclear program can follow. It reassures Iran that she can engage in enrichment activities on her soil, and it also reassures the international community that Iran’s program is entirely peaceful.

As a result, one has to congratulate the Iranian side and its interlocutors in the P5+1 for reaching this landmark agreement after some 13 years of difficult negotiations. However, special thanks must go to the Iranian Foreign Minister Mohammad Javad Zarif and the U.S. Secretary of State John Kerry for their untiring non-stop efforts over 18 days of marathon talks before they reached this agreement. The two have surely earned their right to a Nobel peace prize, because they have avoided a devastating war that some Neoconservative circles in the United States had been advocating, and they have paved the way for the peaceful resolution of the conflict and for more constructive relations between Iran and the West.

Q: What is the regional impact of the deal?

A: Despite intense efforts by some regional countries prior to the deal to torpedo the agreement, now that the agreement has been reached, practically all regional countries have welcomed it. On 15 July, the Secretary General of the Arab League Nabil al-Arabi hailed the deal as a historic nuclear deal between Iran and world powers, which is a first step to rid the Middle East of weapons of mass destruction. He called on the international community to put pressure on Israel to get rid of her nuclear weapons. As the head of the Arab League he speaks officially for all the Arab countries. Only Saudi Arabia has given a lukewarm response to the deal and only Israel has opposed it.

During Foreign Minister Zarif’s visit to some Arab capitals recently, all Arab leaders that he visited welcomed the deal and expressed their support for it. The deal will go a long way in reducing the concern of certain Arab countries regarding Iran’s nuclear program, and now that their anxiety has been removed they can cooperate more constructively with Iran to resolve some pressing regional problems, such as the conflicts in Syria and Yemen, and particularly in combining their efforts in defeating the scourge of DA’ISH, which poses a threat to all the regional countries.

Q: What has been the response of Western countries to the deal?

A: The deal has opened the floodgate of diplomatic activities and has turned Tehran into the diplomatic capital of the region. During the short period since the signing of the agreement, Ms. Federica Mogherini, the European Union’s High Representative, has visited Iran for the first time. The German Vice-Chancellor visited Tehran at the head of a large economic delegation. The French Foreign Minister Laurent Fabius also came to Tehran and officially passed on an invitation by the French President Francois Hollande to President Hassan Rouhani to visit France.

In an article written on the eve of his visit to Tehran, Fabius wrote: “”The French have always been enchanted by Iran and, particularly, the heritage of this ancient culture and the country’s share in the history of science and thought””. He praised “wondrous” Iranian students in France, adding, “they are the face of Iran in French universities and shine brilliantly.””

Fabius talked about the resumption of the work of Peugeot, Renault and Total in Iran and also spoke of many other avenues for cooperation. Iran is the biggest car producer in the Middle East, and there has also been talk of cooperation with both Mercedes Benz and VW, in addition to French car companies. There have been a number of other delegations from other countries and more are expected to arrive. This shows the importance that all of them attach to Iran.

Q: Which countries are eager to invest in Iran’s oil and gas sections?

A: In addition to Iran’s traditional partners that have stayed in Iran despite the sanctions, a number of other oil companies that halted their activities as the result of the sanctions have shown an interest in resuming their activities. They include Total, BP and Shell. It should be remembered that Iran is perhaps the most lucrative source of energy in the world. With 158 billion barrels of oil reserves, Iran ranks second in the world after Saudi Arabia, and fourth in the world if one includes shale oil as well. BP figures put Iran’s gas reserves as the biggest in the world, ahead of those of Russia. Iran has 34 trillion cubic meters of gas reserves, which equals 240 billion barrels of oil equivalent, or 18% of the entire global reserves. Therefore, Iran’s combined oil and gas reserves make it the greatest source of energy in the world.

Iran has the potential to provide gas not only to Turkey and Pakistan, but she can also service a large part of Europe’s needs in gas, especially now that Europe’s relations with Russia have been strained. India is sending a high-level delegation to Iran in September to pursue the so-called “Peace Pipeline”, transporting Iran’s gas to India through Pakistan.

As part of the fourth Five-Year Plan Iran had planned to produce 70 million tons of liquefied natural gas (LNG) from the South Pars, North Pars, Ferdowsi and Golshan gas fields. Iran even signed a contract worth $25 billion to develop its gas fields and produce LNG with the Chinese SINOPEC group, Chinese CEPA, Polish state-owned gas company (PGNiG) and Malaysian Petrofield LNG Co. That plan was not realized due to the sanctions, but now with the lifting of the sanctions Iran can implement that plan and even increase the amount of her gas production further.

In 2009-11, Iran was producing 3.5 million barrels of oil per day (bpd) and exporting two million bpd. The 2010 sanctions cut oil exports in half. Iran wants to increase its production to the previous level and even go higher. As a result, Iran needs at least $180 billion of investment during the next five years to achieve those goals. That will make Iran a very attractive market to various major oil and gas companies in the world.

Iran has indicated that she wishes to give long-term (20-25 years) new model contracts that it calls integrated petroleum contracts (IPC) to replace the old, less popular buyback agreements. With new, simpler contracts, Iran will be able to attract many more customers for her development needs. Therefore, the future is very bright for cooperation between Iran and the West.

At the same time, there is a need for a word of caution. People should not have extravagant expectations about rapid changes in the economic situation of the country. While there is room for optimism, it should be borne in mind that these projects take a long time to come to fruition, and it will take even longer for their effect to be felt in the economy. Therefore, hard-pressed Iranians who have put up with a great deal of hardship during the past few years should remain patient for a little longer. With better planning, a serious anti-corruption campaign, good economic management and hard work, the future is bright for the Iranian economy. Alongside greater economic liberalization, there should also be greater social and political liberalization so that the Iranian people can enjoy the benefits of an open, free and prosperous society, and warmer and more constructive relations with the rest of the world.

Congress would be a pariah … if it opposes the deal that has been reached between Iran and six leading countries of the world and has been approved by the Security Council. . . It should be remembered that Iran is perhaps the most lucrative source of energy in the world.

Reprinted from Tehran Times with kind permission of Professor Jahanpour.