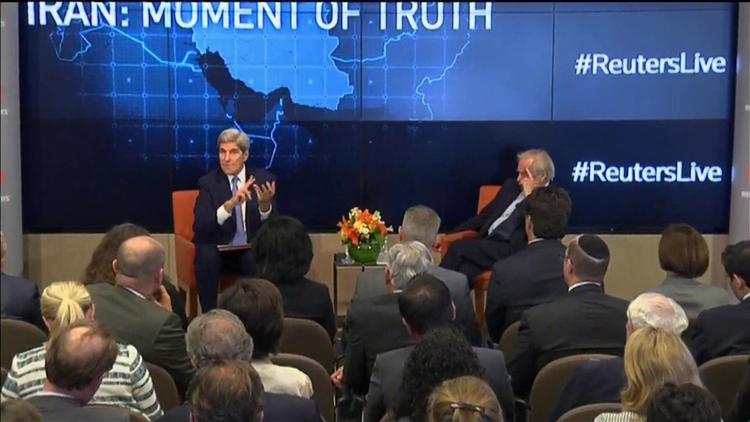 Washington has an opportunity to repair its tattered relations with Iran. The opportunity is there on the premise that Washington, in fact, makes good on its P5+1 commitments to lift economic sanctions on Iran in exchange for circumscriptions on Iran’s nuclear program. The agreement is a potential game-changer that goes far beyond its specific provisions. With it, the enmity between the two countries could very well be set aside, not immediately to be sure but eventually.

For that to happen, though, Washington and the nation at large have to understand that the enmity has a long history and that this country played a major role in writing it. It did not start in 1979 when the Shah was overthrown, and when, later that year, Iranian “students” took hostages at the American embassy in Tehran and held them in brutal confinement for 444 days.

The enmity’s roots go back to the 1890s, when Britain and Russia forbade Iran to build a railroad, lest it threaten their imperial interests. Then in 1909 Britain signed an oil concession agreement with Iran on terms not at all favorable to Iran, an agreement renegotiated with little improvement for Iran in 1933 (American companies were cut into the agreement early in World War II).

But the key event occurred in 1953 when the CIA and Britain’s counterpart MI-6 plotted – successfully – to overthrow the democratically elected prime minister Mohammad Mosaddegh. The United States and Britain funded thugs and prostitutes, instigated unrest through disinformation campaigns, and, Mafia-style, arranged assassinations of key national leaders. The objective was to destroy civil society – a template the United States used the following year in Guatemala and subsequently in many other parts of the world (notably in Chile in 1973). Beginning with Iran, “regime change” became a hallmark of American foreign policy once again as it had been early in the century.

The coup, it should be noted, was not the first regime change brought about by foreign powers in Iran. In 1941, Britain, in collaboration with the Soviet Union dethroned Reza Shah when he declined to expel German diplomats and merchants. Reza’s 20-year-old son Mohammad Reza was put on the throne in his place with American help. The theory – which proved to be spot-on – was that the young Shah was easier to control than his father. American oil producers were brought in as a party to the favorable oil concession agreement struck between Iran and Britain early in the century as a reward for American involvement in bringing the young Shah to power.

At the heart of the 1953 coup against Mosaddegh was the issue of how to divide oil proceeds between Iran and the Anglo-American oil producers. Iran had chafed for years  under a concession agreement that to all too many Iranians seemed highly favorable to the producers. But fury broke out in Iran in 1951 when news broke at the very end of 1950 that the Saudis had been able to re-negotiate much more favorable terms in their 1933 ARAMCO agreement than were contained in Iran’s 1909 agreement. And that, in turn, led quickly to parliament’s nationalizing foreign oil interests. Despite the Shah’s allegiance to American and British interests (it was the United States and Britain, after all, that had put him on his throne), the Shah was in no position to overrule parliament.

The coup against Mosaddegh was the American reaction to the nationalization. And the hostage- takers of 1979 feared that the US was preparing to bring the deposed Shah back and reinstall him on the throne, in a repeat of the 1953 coup. In the mix as well was the anger brought on by the dictatorial powers assumed by the Shah at the time and, as enforcer of those powers, by SAVAK, a secret police force that resorted to brutality all too frequently. All of this, Iranians understood, was with American blessing.

The British, whose MI-6 figured in the coup as much as the CIA, did not attract the violence the United States did. Perhaps this is because it was well known by Iranians that the 1953 coup was directed from the American embassy itself. Hence, the “den of iniquity” and “death to America” rhetoric at the time, and since. This may also help to explain why those who commandeered the embassy took pains to piece together hastily shredded documents in search of evidence of American support of the Shah and complicity in the coup. Would we Americans easily forget if a foreign power intervened in our internal affairs as much as the United States, jointly with Britain, did in Iran?

Furthermore, Iranians cannot easily forget – at least not as easily as many in this country seem to have – American support for Iraq during the horrific eight-year-long Iran-Iraq war of the 1980s. Not only did the United States encourage Iraq’s Saddam Hussein to attack Iran, it provided chemical weapons to Iraq that were used to bomb both Iranian forces and Iraqi Kurds. To convey a false impression of neutrality in the conflict, the United States had the Israelis supply spare parts to Iran. The proceeds of those sales were used to fund the “Contras,” an insurgent group aimed at overthrowing the legitimately elected government of Nicaragua. American mischief in the Middle East at the time was multi-faceted.

How would relations have evolved between the two countries had there been no 1953 coup? The 1979 Iranian revolution probably would not have occurred, and if not the ayatollahs would not have come to power. There would have been no reason for the revolution. Nor would there have been any reason for the hostage-taking. All of these events flowed naturally out of the coup and U.S. involvement in it. Similarly, there would have been no reason for the Iraq-Iran war, which the United States helped inspire as a form of revenge against Iran.

Instead, internal Iranian politics, unfettered by foreign interference, probably would have produced gradual reduction in the dictatorial power of the Shah and concomitant rise in the power of a democratically elected parliament, in much the same way as occurred in the late 1920s and the 1930s when his father was on the throne. The United States and Iran, which was given the initial nuclear research reactor and technology in the 1960s under the Eisenhower-initiated Atoms for Peace program, never would have come to look on each other as enemies.

We are among the many who have no doubt but that the P5+1 agreement (which was endorsed by the United Nations Security Council without a dissenting vote) is far and away the best opportunity to restart a process that, in time, could well bring about, if not friendship, a modicum of mutual respect between the two countries. The United States can make a start in that direction by owning up to its mischief-making. This country cannot force Iran to do the same, but, as often happens in the relations between nations that have been at each other’s throats for so long, our example could be catching.

Approving the agreement can be the first step in turning the page. Iran has nothing to lose and much to gain by adhering to the agreement, in letter as well as in spirit. And so has the United States.

Francis A. Mlynarczyk is the chief executive officer of a boutique investment bank. As a vice president of Citibank, N.A. in the late 1970s, he was assigned to cover the Middle East for its Investment Management Group as an economic and political analyst. He helped form a seminar series which met monthly in small groups with influential politicians, military personnel, and academic experts on Middle East developments from 1979 to 1992. He has followed area events for over forty years as a private individual.

Walter M. Cadette is an economist (J.P. Morgan, retired). He was also senior scholar at the Jerome Levy Economics Institute of Bard College and a foreign service officer with several tours of duty at the Department of State and in Central America. In retirement, Mr. Cadette has been member of several large hospital investment committees.

US Dept. of State: “Interview on Iran Nuclear Deal with Thomson Reuters”