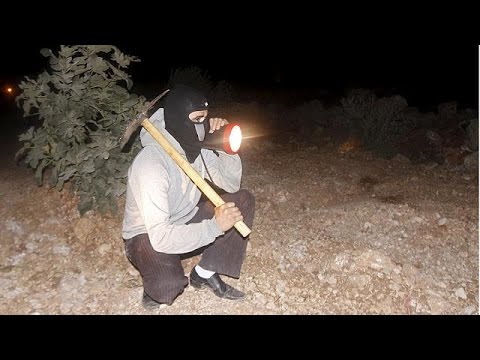 BETHLEHEM (Ma’an) — An Israeli Knesset member this week convened a meeting to stop Palestinians from “preventing the expansion” of Jewish-only settlements in the occupied West Bank.

The Foreign Affairs and Defense Committee’s Subcommittee on Judea and Samaria — the biblical term used by the Israeli government for the occupied West Bank — convened to “discuss the efforts to prevent illegal Palestinian construction in Area C,” a Knesset press release said.

Palestinians living in Area C — around 60 percent of the occupied West Bank under full Israeli control — must apply for building permits to construct on their own land.

Such permits are rarely approved and Palestinian residents are forced to build illegally, while Jewish-only settlements are constructed and protected by the Israeli government in the same areas.

Yogev added: “Illegal Palestinian construction takes place unsupervised, and a large part of it is being funded or aided by European countries and international organizations.”

The Coordinator of Government Activities in the Territories Yoav Mordechai rejected claims that his office was failing to curb illegal Palestinian construction.

Mordechai said that he had recently appointed a general to “promote dialogue with Bedouins…with the goal of regulating their communities in the region.”

”Progress has already been made because the Bedouins realize that we are serious,” he added.

The party — which holds significant sway in Israeli PM Netanyahu’s government — has also propagated a plan to forcibly relocate tens of thousands of Palestinian Bedouins.

The displacement plans sparked outcry from the international community and rights organizations, who often provide aid and structures to Bedouins deprived of basic rights by Israeli authorities.

Yogev alleged in the Knesset meeting that so-called illegal Palestinian construction is “part of a strategic Palestinian plan aimed at creating facts on the ground and preventing the expansion of Jewish communities such as Maale Adumim.”

Plans to demolish Palestinian Bedouin structures in the Jabal al-Baba were pushed earlier this month, which if carried out would enable the expansion of the Maale Adumim settlement.

Maale Adumim is home to around 36,000 Israeli settlers. Its boundaries cover 48,000 dunams (11,861 acres), and it is one of several settlements established on Palestinian territory after Israel occupied the Gaza Strip and West Bank in 1967.

The Israeli government provides separate systems of infrastructure for those living in settlements, connecting over 500,000 settlers to roads, electricity, water, and sewage systems that remain inaccessible to neighboring Palestinians and make a contiguous Palestinian state impossible.

Last month marked the 10 year anniversary of the unilateral disengagement by Israel from settlements in the Gaza Strip.

In response to criticism of the disengagement that resurfaced, MK Basel Ghattas said: “There are two contradicting values — freedom and democracy versus colonialism and occupation. It was only natural to correct the injustice and evacuate the settlements from the Gaza Strip.”

He added: “The question is what to do with the tens of thousands of settlers in Jerusalem and the territories. Why are they not joining the Gaza evacuees?”