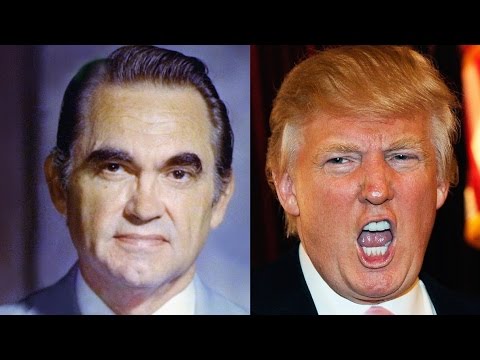 “Donald Trump held a pep rally at the Ladd-Peebles Stadium in Alabama on Friday night drawing around 30,000 people. The Republican frontrunner’s speech highlighted his immigration stance, which many have condemned as racist, sparking comparisons to segregationist George Wallace from both his supporters and critics. We look at the event on the Lip News with Margaret Howell and Jo Ankier.”