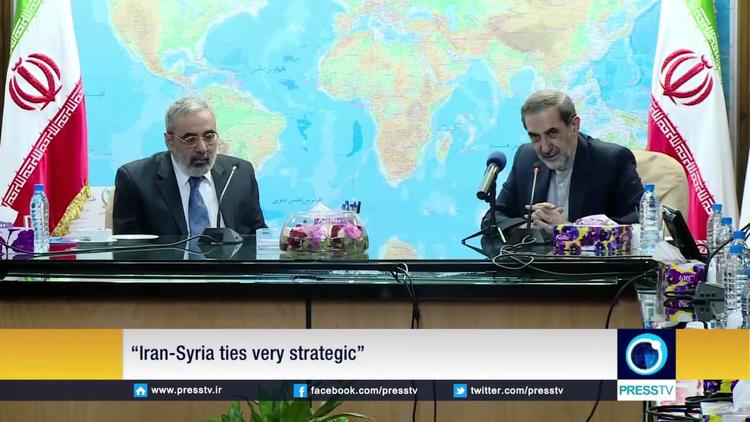 The Shia government in Teheran and the Alawi regime in Damascus have had warm relations since Iran’s Islamic Revolution, and many attribute that to a common affinity for Shia Islam. While Alawis have embraced their relatively recent inclusion in the Muslim world, for the vast majority of their history Alawite doctrine and practice were considered beyond the boundaries of Islam. In fact, the claim that the Damascus-Teheran alliance is a product of a shared religious tradition connecting the Shia and Alawis has it backwards: political alliances were not made for religious reasons, religious alliances were made for political reasons.

Shia and Sunnis had both denounced Alawis prior to the 20th century.  In fact, Shia religious leaders cursed and excommunicated the founder of the Alawites, Muhammad ibn Nusayr. Similarly, Sunni religious authorities had authored fatwas denouncing the Alawis as heretics in the 14th, 16th, and 19th centuries.  The Sunni religious opinions highlighted the fact that the Alawis held heretical beliefs so it was permissible to fight against them and enslave their women and children.  Because of the sectarian dimension of the conflict in Syria today, Sunni radicals often refer to the seven hundred year old  fatwas of Ibn Taymiyya to rationalize their brutality towards Alawis.

Insight into actual Alawi belief and doctrine is severely limited because of the practice of taqiyya/kitman, disguising or concealing one’s religious beliefs in order to avoid persecution. Thus, even the most basic tenets of the Alawi religion remain in dispute: it is unclear whether they deify Muhammad’s nephew, Ali ibn Abi Talib, after whom they are named. This question is extremely significant because deification of Ali would mean a stark departure from both Sunni and Shia Islam and the key Muslim principle of God’s unity, tawhid.

Sheikh Ali ‘Asi, the Head of the Alawi Islamic Council in Tripoli, Lebanon categorically denies the charge that Alawis ascribe a divine status to Ali.  However, some scholars are skeptical of what Alawis say to the public and have been more interested in using their religious texts to determine what Alawis believe.  One piece of evidence that supports the idea that they deify Ali is that their shahada, or profession of faith, recorded in the one thousand year old Alawi canonical text Kitab al-Majmu, includes the phrase “There is no God but Ali.” Another proof can be found in a 19th century text that curses anyone who attributes human rather than divine qualities to Ali, as cited in Yaron Friedman’s The Nusayri-Alawis.

Yet despite these seemingly clear cut pieces of textual evidence, studying writings that are centuries old has its own set of limitations.  After all, how much could one understand about what modern Catholics think from looking at Vatican document on theology from one thousand years ago? Also, it is important to recognize that the majority of the modern voices claiming that Alawis deify Ali do not emanate from Alawis themselves.

In the past century, there have been some efforts to bridge the Muslim-Alawi divide.

First, in 1936 the Sunni Mufti of Jerusalem, Haj Amin al-Husayni, declared the Alawis to be Muslim in order to advance his pan-Arab agenda and counter the “divide and rule”strategy of the colonial powers. Despite Husayni’s efforts to promote Arab unity, however, his fatwa failed to address the charges of heresy due to religious differences mentioned by earlier authorities. Nevertheless, after Husayni’s fatwa, Alawis declared that they were indeed Shia Muslims, though they had yet to be acknowledged as such by Shia authorities.

Second, in 1972 Shia cleric Ayatollah Hasan Mahdi al-Shirazi declared “ the Alawis and the Shia are two synonymous words.” President Hafez al-Assad of Syria needed this sense of Islamic legitimacy to pacify the Sunni majority in Syria which questioned the government’s religious credentials. In exchange, Shirazi enjoyed the protection of the Syrian government during his exile in Syria and Lebanon.

Third, Assad’s religious identity was again called into question when the Muslim Brotherhood in Syria expressed outrage that he did not include “Islam is the religion of the state” in the constitution.  Assad tried to pacify the Brotherhood by amending the document to guarantee that the president of Syria would be a Muslim, but it was not enough to quiet them.  In response to the growing unrest, renowned Shia cleric Musa al-Sadr reaffirmed the Assad regime’s Muslim credentials in 1973.  al-Sadr  delivered a speech claiming the two sects were “partners in distress, since they [Alawis] were persecuted like Shia.”  The cleric was rewarded with a position as Assad’s confidant and political ally.

The religious decrees of the 20th century including Alawis within the Islamic tradition were clearly motivated by the self-interest of the religious figures who issued them.  Yet, they have failed to address the accusations of heresy that have plagued the Alawite minority for most of their history and formed the basis of all pre-1900 fatwas. Indeed, the later fatwas can hardly make invisible the gaps on important ritualistic issues dividing Shia and Alawis, like the mandates to abstain from alcohol and for women to veil.

However, even if Alawis and mainstream Shia had managed to bridge the religious gaps between them, that would hardly translate into a natural alliance. After all, would one assume that Jews and Muslims would be fighting on the same side in any conflict with non-Abrahamic religions simply because the two largely share a religious tradition?

If anything, regimes based on similar ideologies in the Middle East have often seen each other as competitors.  As Mohammad Attaie noted, though the regimes in Saddam Hussein’s Iraq and Hafez al-Assad’s Syria shared secular Baathist underpinnings they were arch-nemeses. In fact, it was this sense competition for the mantle of leadership that caused Syria to support Iran during the Iran-Iraq war.  Likewise, the Alawi self-referencing as Shiat al-haqq or “the true Shia” would likely irritate the mainstream Shia in Teheran.

Recognizing that there is limited theological affinity between Alawis and Shia, and that such similarities could be the cause of tension rather than the basis for an alliance, the question of why Iran has so strongly identified with the Alawi Assad regime requires an answer beyond “sectarianism.” Rather, it is shared strategic aims have sustained the relationship for 35 years, including mutual interests in seeing Saddam Hussein’s Iraq weakened, thwarting American influence in the region, fighting against Sunni radicalism, and strengthening Hezbollah.  After pouring in billions of dollars and establishing a military presence in Syria, it is clear Teheran’s strong positioning in Damascus rather than its religious affiliation with the regime guarantee close ties between the countries for years to come.

Ari Heistein is a Research Associate in the Middle East Program at the Council on Foreign Relations.