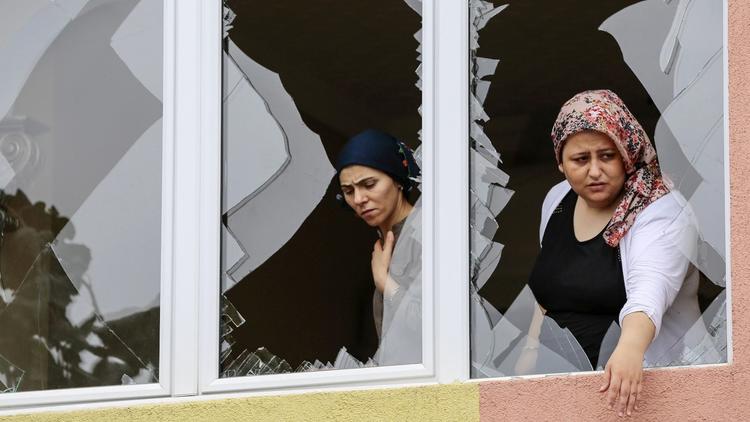 Armed attacks on the US consulate and a police station are the latest in a wave of bloody violence in Turkey that has now reached Istanbul. They are just two violent incidents to take place in the past few weeks, all of which appear to have been carried out by one armed non-state group or another.

Islamic State, Kurdish separatists the PKK, and the radical left group the DHKP-C are all suspected of carrying out attacks. But until now, most of the violence had taken place in the conflict-prone south-east region. The most recent incidents bring insecurity to Turkey’s commercial capital.

On average, up to three security personnel have been killed every day in Turkey since IS attacked the province of Suruç on July 22, killing 32 and wounding more than 100 people.

Before this point, a fragile peace process was making progress. Both the Turkish government and the Kurds appeared on the path to negotiating a settlement on the Kurdish issue.

That hope has been destroyed. Rather than achieving a resolution, Turkey is potentially heading towards a full-blown civil war. This could be avoided, but it may mean enabling Turkey’s president, Recep Tayyip Erdoğan, to become the sole ruler of the country.

Each of the groups taking on the Turkish government has different motives, but the recent attacks seem to have been orchestrated. From the massacre in Suruç to the US consulate, there seems to be a clear objective of creating an environment of insecurity, polarisation and fear.

This environment has brought Turkey into line with the US-led coalition against IS. Immediately after the Suruç attack, the İncirlik airbase was opened to US planes to ease their passage on bombing runs into Syria. Turkish forces are also taking part in aerial bombings – although it seems the main targets so far have been PKK bases rather than IS hotspots.

The violence also seems to be strongly linked to political uncertainty in Turkey too. National elections in June produced an uncertain result – a major blow for Erdoğan, who had planned to use a strong majority to vote in changes that would bolster his own position of power. He intended to amend the constitution to make himself the country’s executive president. Instead, his Justice and development Party (AK Party) failed to secure a big enough proportion of the votes and landed in coalition talks with the main opposition party the CHP.

But Erdoğan is increasingly at odds with his prime minister, Ahmet Davutoğlu over the formation of a coalition government and it now looks as though an early election is his only hope, if he wants to realise his dream of becoming the most powerful man in the country.

What is happening in Turkey today could be just what Erdoğan needs. If his AK Party can effectively handle the attacks, it could secure the extra 5-6% of the vote that might deliver an overall majority in parliament.

But while he is in some ways profiting from the current instability, Erdoğan might at least seek to get the peace talks with the PKK back on track if the AK Party achieves an overall majority in an early election. It was, after all, he who invested so much of his own political credibility in initiating the talks when he was prime minister.

If Erdoğan becomes the ruler of Turkey, he may well also suddenly become a beacon of peace by seeking to restart negotiations. This would save his tainted political image both domestically and internationally. It would also damage the political career of Selahettin Demirtaş, the co-chairman of the pro-Kurdish HDP party, who was the rising star of the last election. Faced with a galvanised Erdoğan, the latter could have to make tough choices to stay in the political game. The cherry on the cake for Erdoğan, in this scenario, would be if one of those choices was breaking ties with the PKK.

Alpaslan Ozerdem is Chair in Peace-Building, Co-Director of Centre for Trust, Peace and Social Relations at Coventry University.