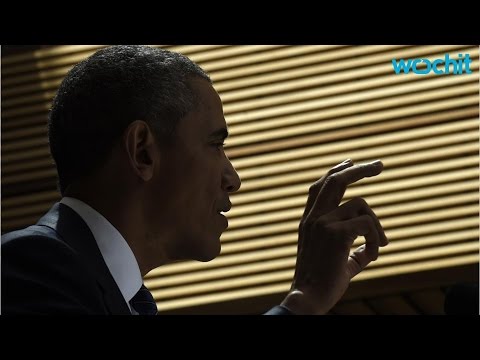 Republicans have derided President Obama as weak and incompetent for years. Summer 2015 is shaping up to be pay-back time. As President Obama played the Iran issue with his usual cool, he managed to tie an iron noose around the GOP’s neck. Hawks are losing the fight against the Iran CJPOA (Iran Nuclear Accord).

*Al Monitor reports that the Gulf Cooperation Council (GCC) approved the JCPOA this past week, puncturing the myth that the Saudis and Israelis are tacitly working together to defeat the Iran agreement.

*Asian and Pacific allies of the US – not to mention P5+1 negotiator China – have issued statements of support of the CJPOA.

*US Iran hawks have tried to box the Iran nuclear issue into “US vs. Iran” or “Israel vs. Iran,” but most of the world sees the CJPOA as strengthening the global effort against proliferation of nuclear weapons. Every President since the Nuclear Non-Proliferation Treaty took effect under Nixon has worked diligently to expand the number of nations signing on. Both the Iran sanctions and negotiations drew their authority from the NTP, not from unilateral agreements or relationships with any individual country.

*If the US Congress succeeded in overturning an Obama veto against rejection of the Accord, the damage to the credibility, reputation and believability of American officials would be catastrophic. Republican leaders know this. They now have no place to hide.

*Chuck Schumer, a leading Democrat with eyes on becoming Minority Leader after Harry Reid, likely calculated that enough Democrats will vote to sustain an Obama veto should Congress reject the JCPOA in its first vote. Otherwise, his decision to cast a ‘no’ vote would have been political suicide. His announcement is likely not a sign that the deal is in trouble on the Democratic side but that it is secure enough that Schumer feels comfortable jumping ship to please other constituents. Who knows? If they’re smart, even some Republicans representing districts where it is popular may support the deal, knowing an Obama veto will be sustained with or without them.

*Israel itself is in turmoil. After Israeli extremists fire-bombed a home, killing or maiming a family of four, Israeli President Rivlin, a die-hard proponent of Greater Israel, paid his respects to the Palestinian family and said some of “his people” resort to ‘terror’. He’s become the target of a far right-wing campaign labeling him everything from traitor to Nazi with rhetoric not heard since right before Rabin’s assassination. As the Israeli right-wing devours its own, Palestine is tense and uneasy with more than usual violence.

*In the unlikely event Congress overturned Obama’s veto, what would change? The Iranians now refer to the CJPOA as mandated by the UN, not the US or even the P5+1. Presumably, the deal will advance with or without the Republican Congress. International sanctions will phase out, international companies will soak up new multi-billion contracts with Iran, and the US will be more isolated than at any time since becoming a Great Power.

Carlyn Meyer, former editor of the blog Read Between the Lines, writes on politics from her home in Denver.
—–