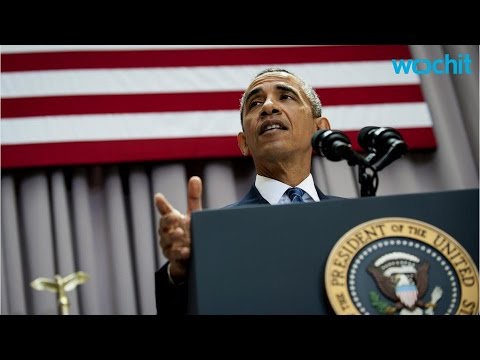 “New York Sen. Chuck Schumer, the No. 3 Senate Democrat, is breaking with President Barack Obama and will oppose the Iran nuclear deal.

Schumer made the announcement late Thursday night. The move is a blow to the Obama administration, which has lobbied hard for the international accord ahead of a vote next month.

Schumer said in a statement that there is a real risk that Iran will not moderate and will use the pact to pursue its nefarious goals.”

For background see this April 7 piece at Commondreams:

Democratic Sen. Chuck Schumer, one of the party’s most powerful lawmakers, has endorsed a bill in the Senate that could very well derail the diplomatic achievements between Iran, the U.S., and other world powers.

Sen. Chuck Schumer, the influential Democrat from New York who will likely take over as Senate Minority Leader when colleague Sen. Harry Reid (D-NV) finally steps aside, made it clear on Monday that he will stand with the Republican caucus in its bid to undermine ongoing efforts to reach a final nuclear agreement with Iran and other world powers.

Following a breakthrough last week that resulted in a framework agreement on Iran’s nuclear program, Schumer cemented his position on the diplomatic efforts by endorsing a bill by Sen. Bob Corker (R-Tenn.) and Sen. Bob Mendendez (D-NJ) which would give Congress the right to review, and possibly reject, any final agreement made with Tehran over its nuclear program or the lifting of U.S.-imposed sanctions.

“This is a very serious issue that deserves careful consideration, and I expect to have a classified briefing in the near future,” Schumer said in a statement first emailed to Politico. “I strongly believe Congress should have the right to disapprove any agreement and I support the Corker bill which would allow that to occur.”

Long hawkish on foreign policy matters—and well-known as backing the desires of the pro-Israel establishment—Schumer’s support for the bill is not surprising. As one senior Democratic aide told The Hill, “It’s the same position he’s always held.”

However, given his increasingly powerful position in the party and the Senate, Schumer’s public support for the Corker/Menendez bill now puts one of the Democrats most influential lawmakers at direct odds with the Obama administration which has repeatedly stated that congressional attempts to micro-manage negotiations with Iran would be paramount to diplomatic sabotage. With both the House and the Senate controlled by Republicans, the statement by Schumer puts the GOP that much closer to achieving a possible veto-proof majority in the Senate.

Speaking on Sunday, Sen. Corker said he believes he is getting close to having the necessary 67 votes in the Senate to override an Obama veto.

Robert Naiman, campaign director for Just Foreign Policy, points out Tuesday that other prominent Democrats in the Senate, as well as Independent Bernie Sanders, have all come out in favor of the recent framework agreement and can be expected to vote against Corker/Mendendez.

Over the weekend, Sen. Elizabeth Warren (D-Mass.) confirmed her support for the deal by telling the hosts of The HuffPost Show that, “Finding a negotiated solution, something that works, something that doesn’t involve trusting, something that involves verifying that Iran is not moving toward developing a nuclear weapon, that is our best promise in the region.”

The worry remains, however, that Corker and Senate Majority Leader Mitch McConnell can round up enough Democratic defectors over the next several weeks.

The White House now views its central challenge as either negotiating a compromise with Mr. Corker or stopping enough Democrats from joining him so that he is short of a veto-proof majority, at least through June 30, the deadline to translate last week’s preliminary agreement with Iran onto paper. After that, officials said, Mr. Obama may be in a stronger position to argue the merits of the accord . . .