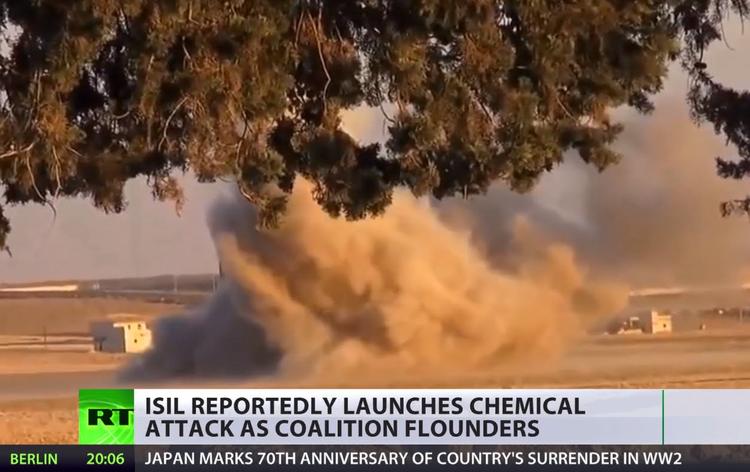 Bill Barrow of the Associated Press took a look at the specifics of plans for US troop deployments in the Middle East put forward by some of the GOP presidential hopefuls. Several Republican politicians have pledged a return of US combat troops in large numbers to the Middle East. Barrow draws the contrast with Gen. Ray Odierno, who had been commander in Iraq, warned that US troops could not do this job. They might be effective on the battlefield, but 6 months later we’d be back where we are, he warned.

His column provoked me to go back and look at what some candidates have been saying about Daesh in Iraq and Syria. I was surprised at how ignorant they all sounded.

Jeb Bush said recently that Daesh (ISIS,ISIL) is spreading like a pandemic and that the US may need to send more ground troops into Iraq to defeat it.

Bush maintained that defeating Daesh in Syria will require the overthrow of President Bashar al-Assad. Whaat?. Al-Assad’s troops are fighting Daesh in the northeast. How would overthrowing him help the fight against it? Likely the day after al-Assad was toppled by Jeb, Daesh would sweep into Damascus!

Jeb said the way he would remove al-Assad was to organize the “moderate” forces and have U.S. troops on the ground in Syria “back them up as one force.” He added, “And we should back that force up all the way through – not just in taking the fight to the enemy, but in helping them to form a stable, moderate government… It’s a tough, complicated diplomatic and military proposition, even more so than the current situation in Iraq. But it can be done.”

That is, there are no or almost no moderates for Jeb to back in the overthrow of al-Assad. So what he is actually proposing is to turn Damascus over to al-Qaeda. (Reagan tried that sort of strategy in Afghanistan in the 1980s and it came back to bite us on the ass.)

So Bush has actually advocated more US troops for Iraq, but has offered to put boots on the ground to help the mythical “moderate” opposition overthrow al-Assad. I wonder whose throats al-Qaeda would cut the very next day?

Lindsey Graham has something of the same plan as Bush but is far more frank about the numbers. As Barrow writes, the number is 20,000, some 10,000 for Iraq and a similar number for Syria. He said, “I am going to destroy the Caliphate. We are going to pull it up by its roots.”

Along with sending 10,000 ground troops to Syria, Graham says he would set up a “regional army” in Syria. He said he would tell the rebels,

“And here’s the deal: We will help you but stop funding terrorists is the price of admission, stop double dealing, stop supporting a terrorist group one day and fighting them the next. And, oh by the way, let women drive.”

I don’t know if the message is meant for the rebels or for backers such as Saudi Arabia and Turkey. Surely Sen. Graham knows that women can drive everywhere in the Muslim world except the small country of Saudi Arabia (citizen population: 22 mn.) As for supporting terrorist groups, if you count al-Qaeda virtually the only ones supported by US allies in the region are non-moderate Salafis or groups to their far right.

The problem with Graham’s position is that the US had at some points like 160,000 US troops in Iraq, and they could not stop the civil ware of 2006, nor could they defeat Daesh or its predecessors. So why would 10,000 each for Iraq and Syria be able to pull this off?

Gov Scott Walker of Wisconsin “wouldn’t rule out US boots on the ground in Syria. Syria?RT: “ISIS launches chemical attack on Kurdish forces in Iraq – report”