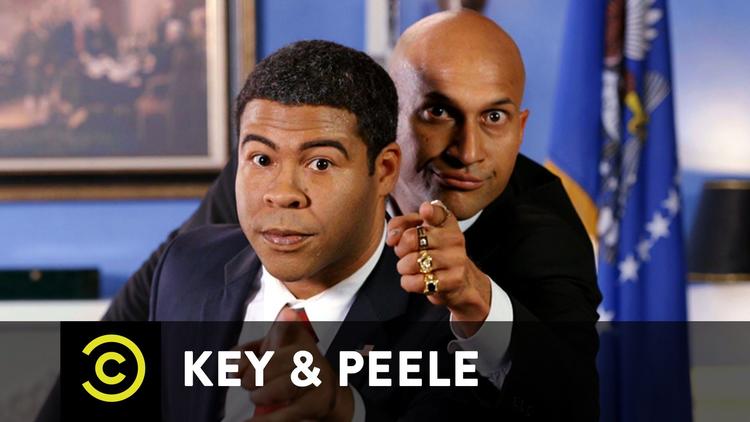 It was 1972. The flamboyant rock star Alice Cooper, not quite a household name at that point in England, was booked to play London’s Wembley Stadium. Shortly before the concert date, only a couple hundred of the 7,000 available tickets had been sold.

Facing an epic failure, the redoubtable rock music promoter Shep Gordon emblazoned the side of a truck with a huge picture of Alice Cooper, naked except for a boa constrictor covering his genitals. As recounted in the recent documentary Supermensch, Gorden then instructed the driver of the truck to break down in the middle of Piccadilly Circus. Traffic was backed up for blocks. The press turned out to see what was going on. And so did the photographers.

The portrait of the unclad Cooper outraged British sensibility. The next day, newspapers were full of headlines and commentary about how degenerate American music was corrupting English culture.

Shep Gordon realized early on an important feature of celebrity culture. It’s long been true that all PR is good PR. But you also need to know your target audience. If parents denounce the demonic Alice Cooper, their children will surely rush out to buy tickets.

Donald Trump, the tone-deaf politician who acts as if he were a rock star, also knows his target audience.

Trump knows that if he sends mainstream politicians and establishment pundits and talking heads on TV into fits of pique, his target audience will only tighten their embrace of the rogue billionaire. The more that George Will and Megyn Kelly insinuate that the Donald is a political mayfly, destined for the briefest electoral lifespan, the more a certain segment of the voting population will rally around the self-proclaimed outsider as their preferred choice to lead the country.

After the first candidate debate, opinion polls among registered Republicans put Trump in a commanding lead over second-place Jeb Bush, 24 percent to 13 percent. Trump is also on top in Iowa and New Hampshire, the first two primary states.

What attracts voters to Donald Trump may well be his celebrity status and his genius at stoking the passions of his target demographic. What might well get them ultimately to cast a vote for the noxious tycoon, however, will be his stated policies and particularly his vision of the world. It’s worth, therefore, taking a look at Donald Trump’s foreign policy, even if the exercise seems somewhat ludicrous, like analyzing Kim Kardashian’s take on macroeconomics or Eminem’s analysis of abstract expressionism.

After all, even if Donald Trump does obey the general rule of mouthy outsiders and flame out, his take on the world may well insinuate its way into the platforms of his fellow Republican candidates for president. Indeed, on some issues, the Donald has already made his mark.

It’s tempting to see Donald Trump through the eyes of Key and Peele, the comic duo just wrapping up their final season on Comedy Central. In perhaps their most famous sketch, the preternaturally calm President Obama gives a speech alongside his anger translator. The president can’t give voice to his real feelings of rage — against the stupidity of his political opposition, the inanity of American racism — but his anger translator can vent freely.

Similarly, Donald Trump has emerged as the anger translator for the entire Republican cadre of presidential hopefuls. They’re concerned about gaffes and polls and focus groups. Trump seemingly couldn’t care less. He has eschewed memos — too bureaucratic-sounding — in favor of his mouth, which is connected directly to his gut rather than his brain.

As such, Trump has vented his anger at the “drug dealers, criminals, rapists” that Mexico is supposedly sending into the United States (if anything, increased immigration has decreased crime rates because immigrants are less likely than the native born to commit crimes). He’s slammed China for out-competing America economically (which hasn’t stopped him from concluding his own business deals with the country). He has railed against U.S. allies like Germany (for not leading more on the Ukraine conflict), South Korea (for not bearing more costs of U.S. military operations in Asia), and Saudi Arabia (for not giving America more of a quid pro quo for all the petrodollars it makes).

“Trump’s foreign policy agenda is a distillation of other GOP candidates’ platforms, but without a filter or appreciation for nuance,” concludes Alex Christensen. “His foreign policy as president would unpredictably put relations with U.S. allies on ice and be unlikely to produce détente with others.”

Trump’s foreign policy isn’t particularly detailed (he promises full policies in September). Where it is detailed, it’s often incoherent (his proposal to force Mexico to pay for a huge wall in the American southwest has made even conservative commentator Jennifer Rubin apoplectic). And where it’s not incoherent, it’s often contradictory (he hasn’t seemed to work out whether he’s a fan or a foe of Vladimir Putin). In a tribute to Trump’s “flexibility” in The Washington Post, David Fahrenthold counted up seven different versions of the candidate’s approach to the Islamic State.

But none of that matters. We don’t watch reality TV to learn things. We’re drawn to the utter spectacle of it all.

And Trump is a spectacle, a very slow-motion car crash that the press and the public rubbernecks to ogle. He’s a renegade white guy, like the Michael Douglas character in the 1993 film Falling Down, who bemoans the multicultural direction America has taken. Trump is politically incorrect, which works intermittently for a comic like Bill Maher but should spell instant doom for a politician.

But political incorrectness can work for a guy like Trump because white men are the core constituency of the Republican Party.

Sure, the party can point to Ben Carson, Carly Fiorina, Bobby Jindal, Marco Rubio, and even Spanish-speaking Jeb Bush as evidence of its newfound commitment to diversity. But don’t be taken in by this façade — Donald Trump hasn’t been. The consummate businessman, he’s run the numbers on the primary. He knows that 95 percent of self-identified Republican primary voters are white.

Pissing off women, Latinos, immigrants — that’s the political equivalent of pissing off the parents of Alice Cooper fans. Outrage sells tickets. And outrage will motivate Trump’s core constituency to put up yard signs and flock to the primary polls. It won’t, however, work in the general elections. The last time the white vote played a pivotal role in the presidential elections was 2004.

Of course, it’s been difficult for Trump to play anger translator for a Republican field full of irritable and often downright irate candidates. There’s Mike Huckabee saying that the nuclear deal with Iran is “marching [Israel] to the door of the oven.” There’s Ted Cruz calling undocumented immigrants a “clear and present danger to the health and safety of all Americans.” There’s Rick Santorum, who says that President Obama “rewards everything a country does to oppose and hurt the United States, hurt our economy, hurt our ability to protect ourselves.”

Also, Trump’s anger-fueled idiocy is contagious. His competitors have begun to echo his views, particularly on immigration. As the Post reports:

In Iowa, Wisconsin Gov. Scott Walker also began to call for a wall on the U.S.-Mexico border, echoing a longtime Trump demand. Walker said the separation barrier between Israel and the Palestinian territories is proof that the concept could work here.

Walker wants to reproduce the Arab-Israeli conflict in U.S.-Mexico relations? He wants to change a key provision of the constitution that’s made America a proud nation of immigrants? It’s one thing for Trump to spout nonsense, and quite another for a sitting governor to give those ideas the thinnest veneer of respectability.

What makes Trump particularly dangerous are his heterodox views. He’s not a cookie-cutter conservative. Sure, he is (newly) anti-abortion, pro-Wall Street, anti-Obamacare, and pro-family (except those of the undocumented). And he courts the lunatic fringe by refusing to give up on his “birther” beliefs.

But Trump has also staked out some truly populist positions. He’s come out squarely against free trade deals and wants to get American companies to stop outsourcing their manufacturing. He’s supported a wealth tax on the richest individuals to help pay for Social Security (though it’s unclear whether he still supports his earlier proposal). He wants to rebuild American infrastructure. He complained about the undue influence of corporate lobbyists in a recent Meet the Press interview.

Trump is also wary of military interventions. He emphasizes his opposition to the Iraq war. He’s lukewarm about NATO. He doesn’t want to get into a conflict with Russia. He confided to Maureen Dowd that he can make deals with anyone, from Putin to Kim Jong Un.

But he’s not an anti-militarist by nature, as demonstrated by his vacillating position on the Islamic State — which has involved, at various times, bombing, the seizure of oil fields in Iraq, and the introduction of ground troops. Trump can be just as gung ho about intervention as the next Republican if he thinks it’s what the public wants.

Alert to public desires, Trump is all persona and no substance, and all we can do is marvel at the chutzpah of his playacting. It’s amazing that a billionaire CEO can palm himself off as a friend of the working class. It’s amazing that a consummate insider can pretend to be an authentic political outsider. It’s amazing that a guy who never fought in a war can bad-mouth former POW John McCain and not suffer any remorse or repercussions.

Put crudely, Donald Trump is the closest thing the United States currently has to an authentic European-style fascist. He’s stirred together not-so-veiled racism, crude economic populism, and male bravado into a powerful snake oil. Throw in a bit of recycled Reaganism — “make America great again!” — and you get a garbled version of good old American triumphalism. Say that last bit 10 times fast, and it comes out: Trumpism.