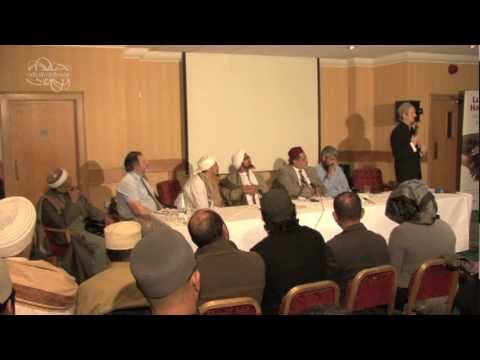 It can be argued that all radical Muslims who claim to act in the name of Islam, in reality, quite ironically, do not properly understand the very basic pillar of the Islamic creed — Oneness of God (Tawheed) — which they pretend to defend or restore. But the proper belief in Tawheed signifies the utmost humility and an acceptance of diversity and respect for human-kind.

This is currently one of the most-contested principles in Islam, though an Islamic world-view centered around Oneness of God (Tawheed) necessitates the genuine acceptance of pluralism.

There are some powerful calls for a reformation of Islam — propelled by gross human rights violations of human rights perpetrated by some Muslims or by people acting in the name of Islam who have zero tolerance for pluralism and the diversity of human-kind.

Many people, including Muslims themselves may wonder what connects Islamic creed (aqeedah) and this preference for peace and acceptance of pluralism.

What does “Oneness of God” mean in Islam? Scientists who believe in God posit that God did not create the universe as a single act and then leave it to operate according to the laws He established. Rather, creation is a constantly continuous act. That is, existence continuously comes from, returns to, and perishes in God in a way that is very similar to the movement of energy or electricity and its illumination of our world through light bulbs.[1]

Similarly, according to the basic tenets of faith in Islam, everything at every moment is created by God. By manifesting all of His Divine Exalted and Beautiful Names (Asma-ul Husna) God continuously creates, annihilates and re-creates the universe. The proof is the Holy Scripture: “Allah has created you [and creates you constantly] and what you do [constantly]” (Quran, 37:96).

Perhaps shortsightedly, the first part of this ayah (statement in the Quran) more often than not is translated in English as the mere “He created (in past) you …” Another verse says “and you cannot will, unless Allah wills. Who is Lord of the worlds.” (Quran, 81:29)

The notion of the Oneness of God, premised upon the above-mentioned understanding, means that only God knows what will happen a moment later and what is in the hearts and minds of people. Because no one knows what will happen the next moment, no one can guarantee her/his possession of belief (iman) in the next moment, no one can rely solely on her/his deeds, and no one can definitively judge other people.

The One Creator is unchanging and absolute. At the same time the diversity in the world (including diversity of human-kind) testifies to the Oneness of God and confirms the understanding that God creates everything at every moment in all its diversity to show His limitless, absolute power and knowledge, and that only God knows the ultimate truth. Thus, Islam entails the theology of diversity[2]. It is not just affirmation of diversity or affirmation of pluralism, it is a metaphysics of diversity which attributes spiritual value to diversity[3].

As it is postulated in Quran (5:48): “And if God had so willed, He would surely have made you a single community (following the same way of life and system surrounded by the same conditions throughout all history); but (He willed it otherwise) in order to test you by what He granted to you (and thereby made you subject to a law of progress). Strive, then, together as if competing in good works”. [4]

Also, according to this line of logic, not only everyone by her/his nature (fitra) is God’s servant (Muslim by nature) but every unbeliever in this worldly life is a potential believer. No one knows what God will create from moment to moment in the hearts of people. Almost all bitter enemies of Prophet Muhammad in Mecca sooner or later turned out to be believers in Islam.

A sincere belief in “Oneness of God” also naturally produces tranquility, the rest of the heart. “Verily, in the [belief and] remembrance of God, do the hearts find rest/tranquility” (Quran, 13:28). Tranquility is coterminous with peace, which naturally leads to the acceptance and embrace of others.

If properly observed, the belief in “Oneness of God” doesn’t allow for arrogance in the minds and hearts of the believers. There is a logical connection between the belief in “Oneness of God,” and humility and the avoidance of arrogance, pluralism, and respect for human-kind. Pluralism is not merely acceptance of diversity, but engagement with diversity and Muslims should not only tolerate and accept ‘others’ but be energetically engaged with them.

However, the mind-set of religious radicalism, particularly of takfiri (a brand of radical interpretation of Islam which adherents accuse all other Muslims of unbelief and apostasy) and Kharidjit (the most radical takfiri group characterized by extreme violence) groups is shaped by a kind of deep- seated arrogance which unwittingly challenges God’s authority.

The arrogance of religious radicals shows itself in how they claim to know the ‘ultimate’ truth and to possess the ‘only viable’ strategy to get all things right and how they the beliefs of other people.

If one looks through the prism of the philosophy of Seerah (The Prophetic Biography), contrary to popular belief, there is no capital punishment for changing religion in Islam. All apostates were punished because of their worldly crimes. Similarly, there is no worldly punishment for blasphemous remarks.

It can be argued that all radical Muslims who claim to act in the name of Islam in reality do not properly understand and perceive the very basic pillar of Islamic creed — Oneness of God (Tawheed) — which they pretend to defend or restore.

Although tolerance and pluralism are essential in Islam and part of Islam, many (both Muslims and non-Muslims alike) believe that Islam and pluralism can’t and don’t co-exist. We should not blame only Islamophobia. This is first and foremost the result of a deep intellectual and spiritual crisis within Muslim communities around the world which stems from the misperception of the notion of Tawheed.

Galym Zhussipbek is Assistant Professor of Political Science at Suleyman Demirel University in Almaty, Kazakhstan and a nonresidential research fellow at the Rethink Institute in Washington, DC. His main research interests are European security; security in the post-Soviet region; the economic, social and religious situation in Central Asia; and state-religion relations.

[2]The author adopted this concept from Abdal Hakim Murad, see for example, Mercy of Diversity,