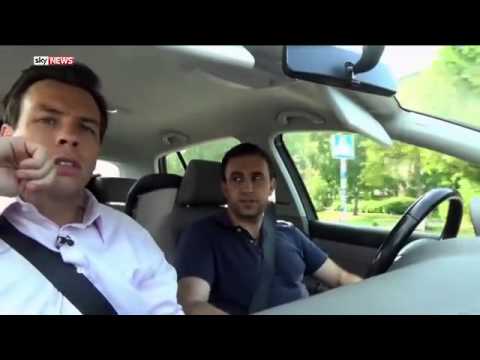 A group of Iranian emigres and friends has announced an ambitious project to mount a crowdfunded airlift from troubled areas around the Mediterranean to Sweden, allowing would-be refugees to bypass hazardous land-and-sea journeys via what they’re calling Refugee Air.

One of the organizers says he was inspired in part by images of 3-year-old Aylan Kurdi, a Syrian Kurd whose body washed up on a Turkish beach after his boat capsized, also killing his mother and brother, during a desperate attempt to reach EU member state Greece.

“I had been wanting to do something ever since the Syrian conflict began, but it was hard to think of a particular way of helping,” said Emad Zand, a young Stockholm investment manager whose family fled to Sweden from Iran when he was a child. “When I saw the images of Aylan, I thought, ‘My God, we can fly people to the moon but we can’t fly them to Europe?’ I felt particularly strongly about Aylan because I have a photo of myself as a 3-year-old refugee boy.”

Despite the death of Kurdi and thousands of others, refugees from Syria continue to risk their lives to reach Europe.

The idea is that Refugee Air will charter planes from established carriers and fly refugees directly to Sweden following pre-screening to identify suitable applicants for refugee status.

After brainstorming with friends, Zand and a fellow Iranian-Swede, Susanne Najafi, announced their plans for Refugee Air on September 10.

Under current EU legislation, airlines may only fly passengers with valid EU passports or visas to EU destinations, and passengers who are promised asylum in the country of arrival.

Sweden grants asylum to all Syrians, but airline check-in staff frequently err on the side of caution.

“We’re not allowed to fly refugees who’re not guaranteed asylum,” said Scandinavian Airlines (SAS) spokesman Henrik Edström, citing the example of Istanbul in Turkey, where nearly 2 million refugees from the war in neighboring Syria have fled. “Within a minute or so, our check-in staff in Istanbul has to decide whether a Syrian passenger’s passport is authentic.”

SAS’s Enström called Refugee Air a “nice initiative” but stressed that it won’t solve the crisis.

The Swedish Air Carriers Association this week wrote to Sweden’s Foreign Ministry and the Migration Authority asking for the so-called carrier liability to be waived due to the enormous increase in migrants wanting to fly, a move that could embolden airlines to accept more would-be refugees as passengers.

But Zand and Najafi are convinced that refugees can be flown to Europe even under the current legislation, and their nonprofit venture intends to stake its own money on Swedish authorities’ willingness to accept pre-screened travelers. Whereas airlines don’t want to risk flying a passenger who is likely to be turned away on arrival for lacking the proper documentation, Refugee Air says it will work with local NGOs to make sure that passengers are indeed refugees eligible for asylum.

If a passenger is turned away at the border, Refugee Air will have to transport him back and pay a fine. The organization says philanthropists and carriers will provide planes, and that it has backing from private and corporate donors for the flight itself. Refugee Air vows on its website that its “first flight will be in the air before the first snow falls over Stockholm this winter.”

But for all their good intentions, delivering more refugees to Sweden may not be welcomed by all.

“The people who get to Europe will always just be a fraction of those who need help,” said Afram Yakoub, president of the Assyrian Federation of Sweden. “And we shouldn’t sweep the challenges facing immigrants in Europe, including unemployment and alienation, under the rug.”

“Of course, our planes won’t end the migrant crisis,” said Zand. “But it’s one step.”

Refugee Air has so far declined to disclose any likely points of embarkation so as to avoid a crush of refugees gathering there.

VOA from a couple of weeks ago: “Sweden’s Tolerance Tested By Migrant Surge ”