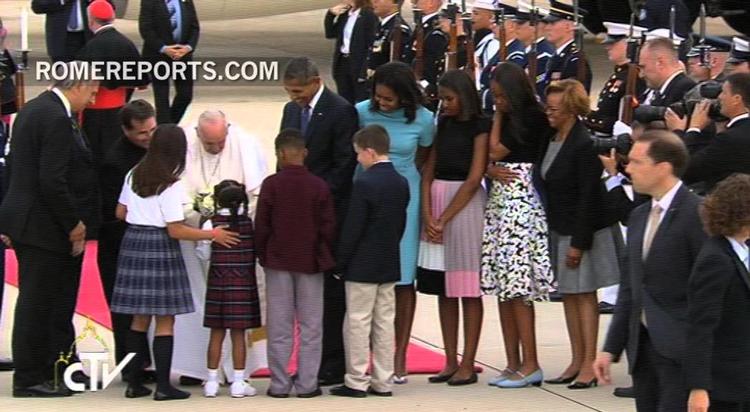 The papal trip to the United States that Francis will begin on September 22 is the most difficult of his pontificate so far.

This is because of what I call the pope’s “American problem” – a cultural and ideological distance between the more socially minded Jesuit from Argentina and the more conservative leadership of the American Catholic Church.

Francis is not only the first non-European pope. He is also the first pope since Vatican II – the council that “opened the church to the world” – who has never set foot in the US, even before becoming pontiff. And, finally, he is the first pope from Latin America – a fact that presents American Catholics with a particular kind of challenge to their tendency, evident in the writing of George Weigel, for example, to identify themselves as the youngest and most energetic Church in global Catholicism, and to see American Catholicism as representative of the rest of the world.

But why should non-Catholic, non-Christian, non-experts care about Pope Francis coming to America? What does this media fascination in the papal trip (just look at the latest issues of Newsweek, Time, People and The New Yorker) say about our world?

Church history is very long, but the history of papal trips is not (there are, for example, no good studies, to my knowledge, of the history of this very particular theological event).

In the Middle Ages and early modern times, popes did travel sometimes, but only in emergencies or fleeing under threat. The conclave of 1799-1800, for example, took place in Venice, not Rome, after Napoleon’s invasion of Italy. In 1848, Pope Pius IX had to flee Vatican City because of the political revolution in Italy: he returned to Rome only in 1850.

The first modern papal trip took place in 1964 with Paul VI visiting the Holy Land. It became a fundamental part of the papal job description with John Paul II, less than 40 years ago.

The example of John Paul II, who took 104 foreign trips, is crucial, but it can also be misleading in trying to understand the political importance of these visits.

John Paul II’s first trip to Poland in 1979 was clearly a factor in the political change that led, one decade later, to the fall of Communism in Eastern Europe.

There were other groundbreaking trips for John Paul II – such as, for example, his visit to Cuba in 1998 – but they were more symbolic in nature. They did not bring about a real political change.

Indeed, Francis’ trip to the US is probably not going to change the views of American Catholics, much less the deeply polarized politics in this country.

Hearts and minds unlikely to be moved

To begin with, the economic message of Francis is deeply dissonant from the tradition of capitalism in America.

Catholic social doctrine has always been skeptical of free market ideology, and with Francis’ encyclical on the environment Laudato Si’, the church has updated its criticism of the ruthless nature of market forces and their impact on creation with growing concern about climate change.

But popes do not legislate on the economy, they just point out the values and principles that should inspire a society that respects – and not just in theory – the life of every human person. Catholic social teaching works through general principles that need to be applied by lay Catholics. So how will American lay Catholics respond?

American Catholics (both liberal and conservative) have always, understandably, been very protective of their autonomy. That is something popes have noticed – one clear example being the Vatican’s condemnation in 1899 of the heresy of “Americanism” or the insistence on the need to adapt Catholicism to America.

What’s more, and this is not insignificant, Francis is not as comfortable speaking English as his predecessors – indeed, he spent the summer studying the language in preparation for this trip.

American culture has a tremendous ability to absorb every other culture. It is undeniable that the culture of Catholics in America has been largely changed by America, and no pope can do much about that.

But here’s why you need to watch this papal visit

So why is a papal visit interesting, if not essential, for those who want to understand something of the world today?

The first reason, and perhaps the most obvious one, is that Francis presents Catholics and non-Catholics alike with the idea that there is another “source” for understanding ourselves and the issues that divide and unite our communities.

Catholicism makes the case against “monism” – against the dominance of one intellectual, philosophical and spiritual tradition. Roman Catholicism is not just a church: it understands itself culturally and geopolitically as “a world” – or “the” world before modernity turned secular. In this papal trip, therefore, the leader of the Catholic Church is meeting America, the global leader of its “counterpart” – modernity, capitalism and pluralism.

But the second, and to my mind the most important, reason to pay attention to what happens in the next few days is the story of relations between the papacy and the Catholic Church on one side and the United States on the other: a story about change in religion and politics.

Francis is addressing Congress on September 24 2015.

The very idea that the Roman Catholic pope, head of the Vatican State, can address Congress would have shocked most Americans only 30 years ago.

It was only in 1984 that the US and the Vatican established diplomatic relations. Ronald Reagan did that. He would have been surprised to witness the successor of the anti-communist pope John Paul II accepting a hammer and sickle crucifix during his trip to Bolivia earlier this year.

Catholicism today is part of the American mainstream. Just look at the Supreme Court: six of the nine justices are Catholic. This is a stunning change from the original exclusively Protestant identity of America.

Church teaching on religious freedom and democracy and the new sensibility on the role of women in the Church came to Rome largely thanks to the experience of Catholics in the United States. It was an American Jesuit theologian, John Courtney Murray, who was the chief drafter of the document of the Second Vatican Council on religious liberty, approved in 1965 – in 1954 he had been silenced by the Vatican for writing on the subject.

The point I want to make here is that the influence the Vatican has on the US and vice versa can be seen only over a long period of time – over years, if not decades. It is very unlikely that we will see any change before the next presidential election.

But change there will be, and paying attention over the next few days is the only way to capture the direction of that evolution. And that matters, whether you are Catholic, American or none of the above.

Rome Reports: “Pope is welcomed to the U.S by President Obama”