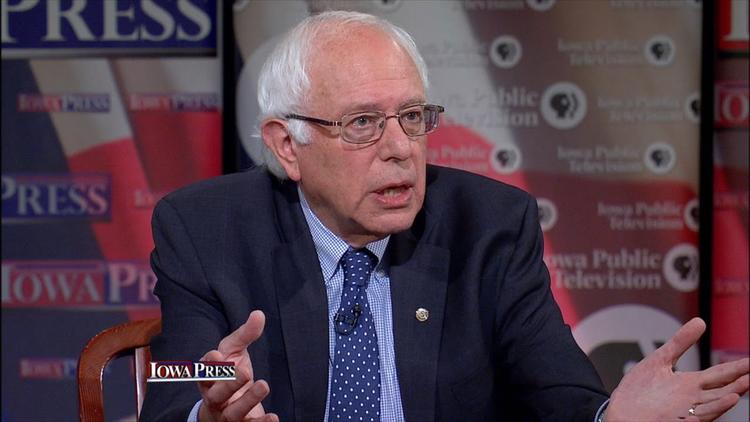 We’ll never rebuild this country if we keep wasting money on war.

This Labor Day, like others before it, finds American workers squeezed on many fronts. Inequality is rising, union membership is dwindling, and wages aren’t keeping up with job growth.

Naturally, addressing all those challenges is a huge priority for the labor movement. But this year, I’d like to add another: protecting the nuclear deal with Iran.

It makes sense that unions might be concerned with issues like trade and immigration. But why else should workers worry about how our government operates outside the United States? Does labor need its own foreign policy?

Let me put it this way: When you don’t speak up, your default policy is the status quo.

For most of its first 50 years of existence, the country’s largest labor federation — the AFL-CIO — never once challenged the deployment of U.S. troops into foreign conflicts. But it turns out that workers have as much of a stake in those decisions as anyone.

The wars in Iraq and Afghanistan together are projected to cost American taxpayers anywhere from $4 trillion to $6 trillion. And now the war on the Islamic State — a direct continuation of the last war in Iraq — has already racked up over $5.8 billion in costs, according to the National Priorities Project. And the tab’s running up at a rate of over $600,000 per hour.

War, in other words, is bad for working people.

That’s why my organization, U.S. Labor Against the War, challenged the AFL-CIO back in 2005 to abandon its silence and oppose the George W. Bush administration’s illegal war in Iraq.

The unions listened — and subsequently called for an end to the war in Afghanistan, too. Several years later, in 2011, the AFL-CIO executive council proclaimed its opposition to our nation’s “militarized foreign policy.”

With increasing clarity, unions have come to recognize that a country that commits over half its discretionary budget to war spending can’t afford to address the increasingly pressing needs of its people.

So that brings us to the Iran deal, which was painstakingly negotiated by the Obama administration and its partners in the United Kingdom, France, Russia, China, and Germany. It’s been endorsed by over 100 former diplomats, hundreds of religious leaders, scores of distinguished non-proliferation experts, and numerous members of both the American and Israeli military and intelligence communities.

But some war hawks in Congress — along with their wealthy benefactors in the military-industrial complex and international hardliners like Israeli Prime Minister Benjamin Netanyahu — are intent on sabotaging the agreement. If they succeed, they’ll put our country and the world on a fast track to yet another disastrous military conflict, the costs of which are too horrific to contemplate.

A war like this wouldn’t just be unaffordable. It would be illegal and immoral, too. That’s why the labor movement must see to it that such a conflict never begins.

If you’re in a union, contact your rep and urge them to add their voice in support of the Obama administration’s negotiated agreement with Iran. They can sign a statement set up by my organization at bit.ly/IranDeal_LaborSignOn.

Michael Eisenscher is a co-founder of U.S. Labor Against the War. He’s a veteran of more than 50 years in the labor movement and an activist for peace, human rights, and the environment.

This article is a joint publication of Foreign Policy In Focus and OtherWords.

Iowa Public Television: ‘Sanders on Iran deal: “You give peace a chance” ‘