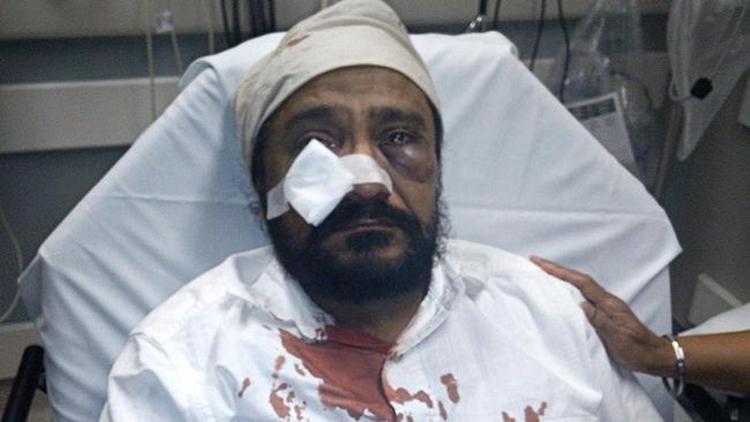 “One tragic aspect of our post-9/11 legacy is Americans terrorizing, beating, and murdering muslims (as well as people they mistake for Muslims). Cenk Uygur, Ben Mankiewicz (Turner Classic Movies), John Iadarola (Think Tank), and Wes Clark Jr., hosts of the The Young Turks, break it down. Tell us what you think in the comment section below.

“A Sikh man was beaten in a roadside attack on Tuesday night in suburban Chicago by an assailant who called him a “terrorist,” television WMAQ reported. Police in Darien, Illinois were treating the incident, which came just days before the anniversary of the Sept. 11, 2001 terror attacks, as a hate crime, according to the station.

According to WMAQ, Inderjit Singh Mukker, a longtime American citizen and father of two, was driving to the grocery store when a fellow driver began lobbing insults at him and repeatedly cutting him off. The station reported that Mukker said he pulled over to let the man pass, but the other driver stopped his car, walked over to Mukker’s vehicle, and started beating him through the open window. According to the station, Mukker said that during the assault, the man berated him with racial slurs, including, “Go back to your country, Bin Laden!” “

The Young Turks: “Sikh Man Beaten Before Anniversary Of 9/11”