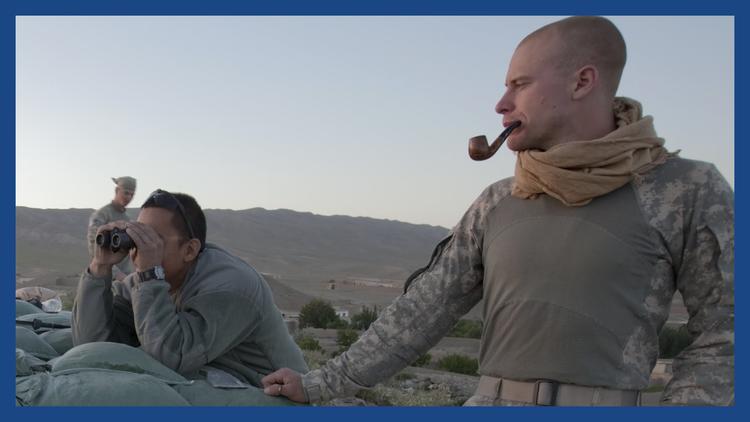 More than five years ago a soldier named Bowe Bergdahl left his U.S. Army unit in Afghanistan. He was captured, imprisoned in brutal conditions for five years, and finally released in a prisoner exchange in 2014. The Army is now considering whether he should be court-martialed for desertion and other crimes.

Bergdahl’s case needs to be understood, not only in terms of his actions, but also what is known about the psychology of war. What we have learned ought to give pause to those eager to send young people off to fight and die. To explain, let’s review some of the research on the psychological stressors relevant to the Iraq and Afghanistan wars.

Many soldiers exposed to the trauma of war develop debilitating symptoms of post-traumatic stress disorder (PTSD). These include depression, feelings of despair or shame, chronic pain, flashbacks, nightmares and hyper arousal which can and do lead to serious problems with drugs and alcohol, relationships, and employment. Sufferers have elevated rates of suicide, homelessness, violent outbursts, as well as military desertion and going AWOL.

PTSD among soldiers is quite common, and has been present since the dawn of the republic. Although the condition was not well understood at the time, there were very large numbers of psychological casualties during the American Civil War. More recently, according to the Department of Veterans Affairs, PTSD has affected close to 30 percent of Vietnam veterans at some point in their lives, and 15 percent at any given time. For Iraq and Afghanistan vets, 11 to 20 percent experience PTSD in any given year. What this means is that, at a minimum, 250,000 Iraq and Afghanistan veterans suffer from the condition. Most of the nearly 50,000 homeless veterans are affected by PTSD, which is also associated with acts of violence and a suicide rate double that of civilians, about 22 per day – every day.
More broadly, according to the National Council for Behavioral Health, nearly one-third of the 2.4 million men and women deployed to Iraq and Afghanistan, around 730,000 soldiers, had returned home with a mental health condition by 2012. Since then, those numbers have grown, and it is very likely that Bowe Bergdahl is one of them.

Some soldiers are at higher risk of developing PTSD than others. Younger troops are more vulnerable. We know now that parts of the human brain continue to develop and mature until around the age of 25. Neuroscientist James Fallon argues that, “Sending kids to war at 18 is ridiculous, as they’re still in an active state of frontal lobe development.”
Recently, brain injuries due to blast effects have been found to produce PTSD-like symptoms including seizures, motor and sleep disorders, mood changes, and memory and speech problems. Mild cases do not generally cause lasting harm, but there have been more than 27,000 more severe cases diagnosed since 2000.

It is seldom reported that rates of PTSD greatly increase for veterans that have harmed prisoners or civilians. Among Vietnam veterans, about 13 percent reported personally inflicting harm to those groups. Their rates of PTSD were quadruple those of non-harming vets according to a study by the National Institutes of Health. Even decades after the Vietnam War ended, 40 percent of those that had done harm still had PTSD symptoms.
In terms of raw numbers, 350,000 U.S. Vietnam vets admit to having harmed prisoners or civilians during the conflict and 220,000 of those still suffer from PTSD. This needs to be emphasized: Research has shown that it is not only the victims of torture and abuse who are hurt (and killed); the abusers are damaged as well.

This is one of the costs of war that is seldom discussed and rarely addressed. The American people need to understand that when they endorse torture (and polls show that half of us do), or indiscriminate use of violence against civilians, they are implicitly consenting to large numbers of psychological casualties among soldiers from their own side of the conflict.

And it should be noted that many of those on the receiving end of U.S. military force also become psychological casualties. In 2009, the Afghan Ministry of Public Health reported that fully two-thirds of Afghans suffer from mental health problems. In Iraq, US military tactics of “Shock & Awe,” not to mention “Shake & Bake” (artillery plus white phosphorus bombing) in Fallujah have been explicitly aimed at producing mass trauma, both mental and physical.

Bowe Bergdahl is most likely only one among hundreds of thousands of American veterans of the Iraq and Afghanistan wars who are psychologically injured and yet it appears that he is being singled out for exemplary punishment. It is very unlikely that he is a deserter in the legal sense of the term, but even if he is, he would just be one of 40,000 other Americans who have walked away from those wars. Very few have faced serious prosecution.

PTSD can be understood as the response of a sane mind to an insane situation. It is an inevitable by-product of war. Americans need to understand that when they send their young people off to do battle, many of them will return home with grave psychological injuries.
Veterans for Peace supports soldiers who decide that they can no longer participate in the insanity of war, including Sergeant Bowe Bergdahl.

Arnold “Skip” Oliver is Professor Emeritus of Political Science at Heidelberg University in Tiffin, Ohio.; and a member of Veterans For Peace.
~~~~~~~~~~

The Guardian from last Spring: “Bowe Bergdahl: exclusive footage days before capture by the Taliban”