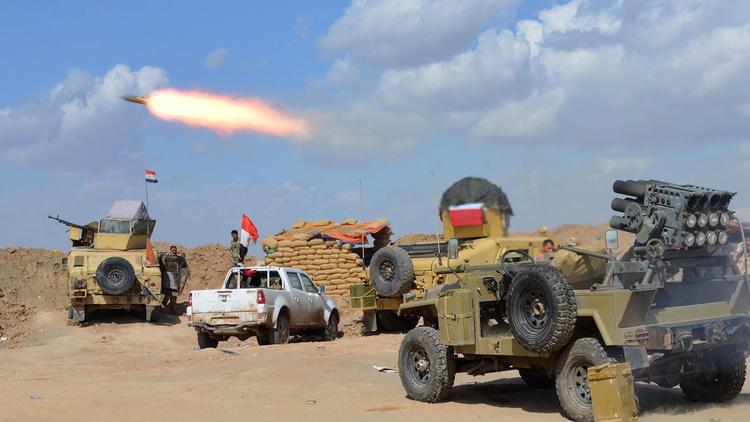 In an obvious attempt to show initiative and good will, President Hassan Rouhani recently declared Iran’s readiness to discuss Syria with the United States and Saudi Arabia. With the nuclear deal looking likely to be endorsed by the US Congress and the Iranian Majlis – not to mention the Supreme Leader – Iran can turn its attention to pressing regional matters. The war in Syria and Iraq presents a clear and imminent threat to Iran’s geo-strategic interests.

Post-Saddam Iraq has become a close ally of the Islamic Republic of Iran, partly due to the cold shoulder that Saudi Arabia and other Gulf states gave the Shi’a dominated government of Iraq, most notably during the prime ministership of Nouri Al-Maliki. Syria, under President Hafiz al-Assad and his son Bashar al-Assad, has been a dependable partner since 1980s, helping Iran when other Arab states turned against it during the right year Iran-Iraq war. Syria is also a pivotal bridgehead to Hizbullah in Lebanon, linking Iran with the Shia militia that has proven a worthy adversary to the Israeli Armed Forces.

In 2004 King Abdullah of Jordan famously called this geo-strategic alliance the Shi’a Crescent. This label has stuck. The sectarian perspective has gained greater prevalence with the rise of the Islamic State of Iraq and Levant, known by locals as Daesh. The Middle East is in the grip of sectarianism.

President Rouhani does not wish to engage with Iran’s neighbours within a sectarian framework. Sectarian politics is debilitating for a country that represents a minority sect in Islam. Most Iranian leaders have been cognisant of this obvious limitation from the early days of the Islamic Republic. Consequently Iran has promoted its message of revolution and support for the Palestinian plight to overcome its sectarian limitations. Sponsoring Hamas, a Sunni organisation with links to the Sunni Muslim Brotherhood, and building a loose coalition of forces to challenge Israel has been a key plank in Iran regional policy.

Dubbed the ‘axis of resistance’, the Hamas-Hizbullah-Syria-Iran grouping was supposed to highlight Tehran’s commitment to the Palestinian cause. The Iranian leadership had rightly observed that this was a cause celebre, with significant potential for unifying Muslims of all shades in the Middle East, and even further afield in other Muslim societies. Iran’s categorical anti-Israel position as the self-appointed champion of the Palestinian cause was aimed at gaining political credibility in the Arab streets and asserting leadership in an otherwise hostile neighbourhood.

But Iran’s message of Muslim unity under its banner has suffered a devastating blow. The festering sectarian tension in Iraq following the fall of Saddam Hussein put Iran on the side of the government in Baghdad, which was dominated by the Islamic Dawa Party and maintained close links with Iran. The emergence of Daesh exaggerated this sectarian line-up as Iranian officials aligned themselves with the Shia community in Iraq even more closely, and consolidated their support for the Assad regime in Syria, to repel the Daesh advance. Throughout this time, Iran denied pursuing a sectarian policy. But that did not stop many influential political leaders in Iran from borrowing the language of sectarianism which discredits other sects and presents the Shia as the ‘right’ interpretation of Islam.

Iran sees itself as the true representation of Islam and accuses the Saudis and other Gulf states of maintaining an ideological affinity with Daesh. From Iran’s point of view, the Saudis have been advocating an Iranophobic perspective which legitimises the anti-Shia/anti-Iran stance of Daesh. However, Iran’s attempt to advance a counter-narrative is hampered by the absence of Sunni partners. Herein lies Iran’s image problem. Hamas, the Palestinian node in the axis of resistance, has broken away from Iran because of the fallout between the Assad regime and Hamas. This has deprived Iran of a prized Sunni partner. The Muslim Brotherhood, while Mohamed Morsi was president in Egypt, made it clear that it had no desire to follow Iran’s lead. Iran has lost its appeal in the Sunni Arab streets.

Iran’s inevitable reliance on Shia partners in the war on Daesh portrays Iran as a Shia power to outside observers. The distinction made by many informed commentators between the Alawites of Syria and the official religion of Iran is lost in the fog of war. Iran is pushed into a sectarian corner and despite its better judgement, Iran is playing into this sectarian game. It is doubtful that Rouhani can break out if this Shia/Sunni dichotomy which has come to define the Middle East.

Shahram Akbarzadeh is Professor of Middle East and Central Asian Politics at Deakin University and author of “Iran and Daesh: the case of a Reluctant Shia Power,” in Middle East Policy.