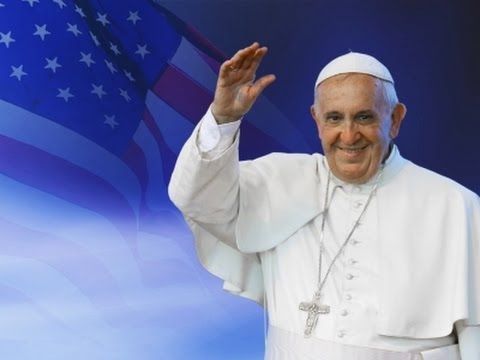 The Republican presidential candidates are virtually unanimous that human-caused climate change is a hoax and burning fossil fuels is good for us; that Obamacare is evil and must be repealed; and that the UN Security Council’s deal with Iran restricting its nuclear enrichment program must be repudiated.

These positions are shared by the Catholic GOP presidential candidates as well as the Protestant ones, and the 80 million US Catholics are almost evenly divided between the two parties in presidential elections.

Pope Francis is becoming an increasing problem for these Republican Catholics, since he keeps intervening direct and unambiguously on these policy issues. His climate encyclical was dismissed by Rick Santorum, who said he wanted to get his theology from the church but his science from scientists. This stance is problematic since the scientists entirely agree with the pope in this instance (and this pope is himself a scientist). What Santorum really meant is that he wants the authority to dismiss both the pope and the scientists whenever they disagree with his campaign funders over in Big Oil.

Now the Pope has openly endorsed the Iran deal, another blow at the GOP presidential platform.

The Vatican’s Secretary for Relations with States, Archbishop Paul Gallagher said at the 59th General Conference of the International Atomic Energy Agency:

“The Holy See welcomes the IAEA’s participation in the verification and monitoring of Iran’s nuclear-related commitments under the Joint Comprehensive Plan of Action (JCPOA). The Holy See values positively this agreement because it considers that the way to resolve disputes and difficulties should always be that of dialogue and negotiation. The JCPOA is the result of many years of negotiation on an issue that had caused grave concern within the international community. It is clear that the agreement requires further efforts and commitment by all the parties involved in order for it to bear fruit. We hope that the full implementation of JCPOA will ensure the peaceful nature of Iran’s nuclear programme under the NPT and will be a definitive step toward greater stability and security in the region.”

The pope’s stances on these matters won’t translate immediately into a political dilemma for Republican Catholics. The pope has a surprising amount of difficulty getting the word out to the one billion faithful about his positions. Pope John Paul II came out against the Iraq War and that position was reaffirmed by Pope Benedict, but only a minority of American Roman Catholics ever even know of the church’s position on the illegality of the war.

So most Catholics may not know that Pope Francis has warned about human-caused climate change, and few may find out that he endorses the Iran deal.

For those who do learn of these positions, many Catholics believe that it is legitimate to deny the church authority over non-religious matters such as public policy. And many American Catholics pick and choose among teachings. Half of them use birth control, and Catholics have a higher abortion rate than Protestants.

But you wonder whether, if Joe Biden runs, he won’t pick up more than the 50 to 48 split that Obama had against Romney among US Roman Catholics. US presidential races are very close, and perhaps the pope would make a difference at the margins among some US Roman Catholics.