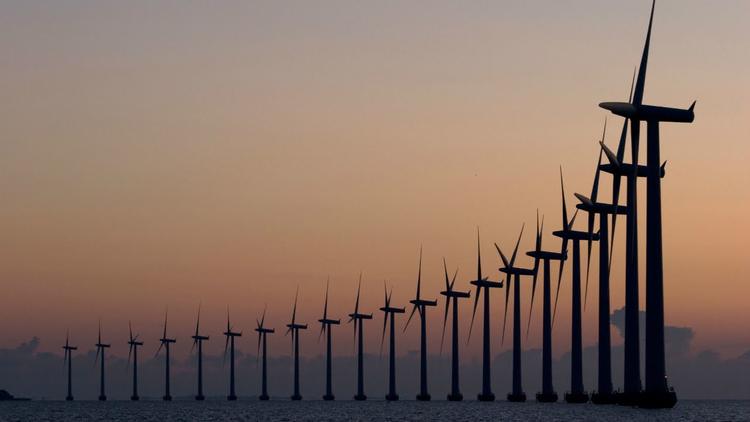 1. In three years, all Dutch electric trains will be powered by wind turbines, either turbines in the Netherlands itself or in nearby Belgium or Scandinavia. The Dutch rail system transports 1.2 million people a day and was releasing 500,000 tons of carbon dioxide before this new wind energy system began being implemented. The plan is for Dutch trains to go net carbon zero by 2018.

2. Oaxaca State in Mexico already has 2.7 gigawatts of wind power generating coapacity, but is going for 5.5 gigawattsby 2024. Some 90% of Mexico’s wind energy is generated in this state.

3. As one of the fruits of the agreement reached between President Obama and Chinese president Xi Jinping, the General Electric Corp. and China’s Sinomach are committed to $2 billion worth of joint wind energy infrastructure projects in developing countries. Their first collaboration is a the 102-megawatt Kipeto wind power plant in Kenya. About 80% of Kenyans lack electricity, and it is hoped that renewabables, the fuel of which is free, will allow the extension of electric power to villages throughout the country without an increase in carbon emissions.

4. Aspen, Colorado, has become the third US city to be net carbon zero, getting all its electricity from renewables. It has eliminated coal from its energy mix by turning to wind power. It joins Burlington, Vermont in this blessed estate.

5. India’s Tamil Nadu state is one of the world’s wind powerhouses, with nearly 8 gigawatts of installed capacity. It is now installing meters that will allow its engineers to better predict energy ebbs and flows so as to keep the grid functioning smoothly. Wind and solar are now competitive with fossil fuels in places like Tamil Nadu with regard to cost of electricity generation. The next big problems are bringing down installation costs and making sure the grid is configured so as to take advantage of these sources of power. Remember, the fuel is free!