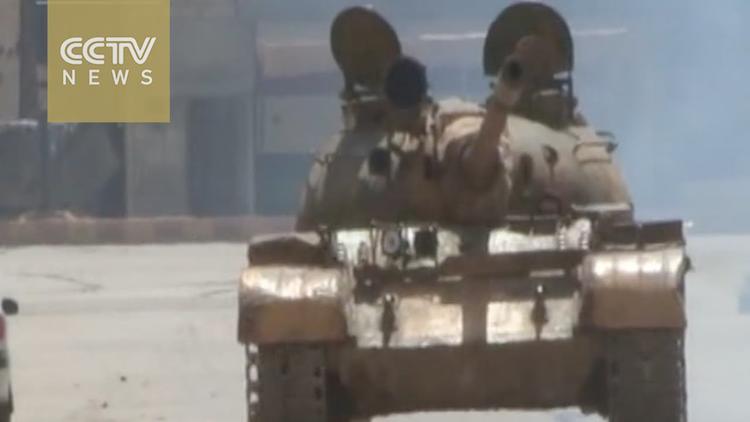 Scores of Iranian political activists and intellectuals have launched an online campaign calling on Iran to end its support for Syrian President Bashar al-Assad and take in Syrian refugees fleeing violence there.

The more than 70 activists, who include several former political prisoners, blame Assad and his foreign supporters, including Tehran, for the exodus of tens of thousands of Syrian refugees to Europe.

They have launched a Facebook page called Sorry, Syria, where so far about two dozen users have expressed "shame" over Iran's assistance for Assad's "crimes" and warned that silence could be interpreted as consent.

"We believe it is our main responsibility to denounce the destructive intervention of the Islamic Republic of Iran, particularly, the Qods force, in the Syrian crisis," the activists said in a statement sent to RFE/RL, referring to the Quds Force, an elite wing of the Islamic Revolutionary Guards Corps (IRGC).

They also said that Iran should host some of the Syrian refugees "to alleviate a small part of the great pain that it has inflicted on the Syrian people."

More than 9 million Syrians have been displaced by the four-year conflict, 6.5 million of whom remain in the country and more than 3 million of whom have fled to immediately neighboring countries, according to the European Migration Policy Center.

A spokeswoman for the United Nations refugee agency, the UNHCR, in Iran told RFE/RL that the agency was not aware of any Syrian refugees in Iran. "We haven't had any request for asylum [from Syrians] and Iran has not informed us of any asylum request," she said.

She added that the process of obtaining an Iranian visa had been fast-tracked for Syrian citizens who arrive at Iran's borders and that their visas could be renewed.

Speaking on September 21, the head of Iran's judiciary, Ayatollah Sadeq Amoli Larijani, blamed Western countries for the refugee crisis. "It is the result of Western help to terrorists," domestic media quoted him as saying.

Iran has been a staunch supporter of the Syrian regime, its only ally in the region. Iranian authorities have reportedly helped Assad remain in power through financial help and military advisers.

Some members of the IRGC have been killed in Syria in recent months, according to Iranian media, which said they had traveled to Syria voluntarily to defend a holy shrine and fight "terrorists" and the Sunni extremist group Islamic State (IS).

Will Tehran Give Up Assad?

The activists urge Iranian action to respect the basic rights of Syrians. "The Islamic republic must terminate all of its financial, military, and intelligence aid to the Assad regime and allow the formation of an interim government without Assad," the statement says.

The call is likely to be ignored in Iran, where crimes by Syrian government forces and the bombing of civilian targets go unreported by the tightly censored media.

Criticism of Tehran's support for Assad has been rare in Iran, and Iranian rights activists have also been largely silent about Iran's role in Syria, where the violence has killed more than 200,000 people.

The campaign condemning Iran's support for the Syrian government comes amid fresh expressions of support for Assad in Tehran.

Ali Akbar Velayati, a former foreign minister and adviser to Iranian Supreme Leader Ayatollah Ali Khamenei, said on September 8 that "no one but Bashar al-Assad can save Syria from this situation."

Foreign Minister Mohammad Javad Zarif on September 7 said those who have demanded Assad's exit "in the past two years should be blamed for the continued war, and they should account for the bloodshed in the past few years."

The United States and other Western governments have insisted Assad must eventually go as part of any negotiated deal.

Iranian President Hassan Rohani said in June that his country will remain by the Assad regime's side "until the end of the road."

Assad said last month that he is confident of the continued support of allies Iran and Russia.

CCTV News: “Iran, Russia will work together to end conflict in Syria”