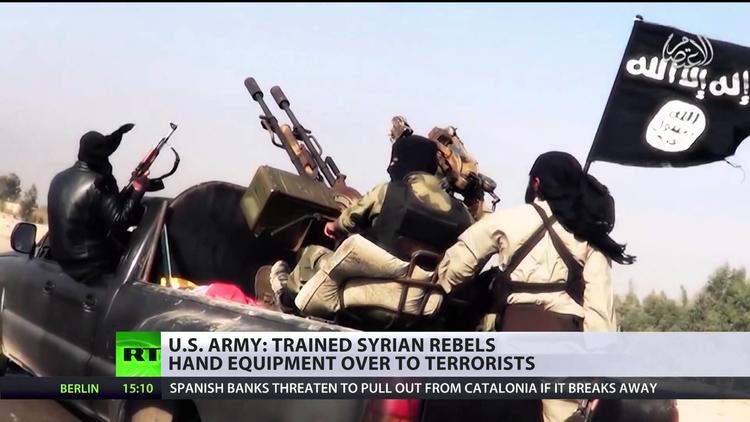 “The U.S. military has revealed that American -trained Syrian rebels surrendered equipment to an Al Qaeda-linked terrorist group in exchange for safe passage. They handed over pick-up trucks and ammunition. A spokesman for the military described the move as “very concerning”. ”