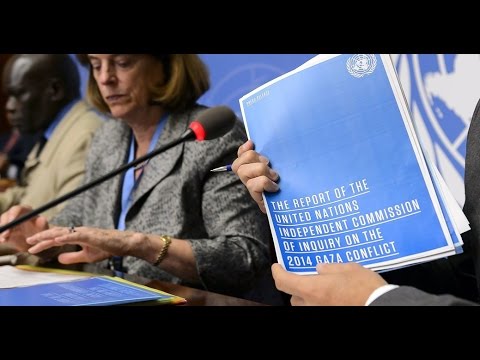 Gaza could become uninhabitable in less than five years in wake of 2014 conflict and ongoing de-development, according to new UNCTAD report.

​ UNCTAD’s report [pdf] on assistance to the Palestinian people states that Gaza could become uninhabitable by 2020 if current economic trends persist. In addition to eight years of economic blockade, in the past six years, Gaza has endured three military operations that have shattered its ability to export and produce for the domestic market, ravaged its already debilitated infrastructure, left no time for reconstruction and economic recovery, and accelerated the de-development of the Occupied Palestinian Territory, a process by which development is not merely hindered but reversed.

The report highlights the severe crises in Gaza related to water and electricity, as well as the destruction of vital infrastructure during the military operations in July and August 2014. For example, Gaza’s 1.8 million inhabitants rely on coastal aquifers as their main source of freshwater, yet 95 per cent of this water is not safe to drink.

The report also estimates the direct losses (excluding people killed) of the three military operations that took place from 2008 to 2014 to be close to three times the size of Gaza’s local gross domestic product. However, the total cost may be substantially higher once indirect economic losses are included and lost future income streams from destroyed productive capacities are added.

In addition to the 500,000 people who have been displaced in Gaza as a result of the most recent military operation, the report estimates significant economic losses, including the destruction or severe damage of more than 20,000 Palestinian homes, 148 schools and 15 hospitals and 45 primary health-care centres.

As many as 247 factories and 300 commercial centres were fully or partially destroyed. Serious damage was inflicted on Gaza’s sole power plant. The agricultural sector alone suffered $550 million in losses.

It is estimated that, even before the military operations in July and August 2014, Gaza’s electricity supply capacity was not enough to meet 40 per cent of the demand (2012 figures). The electricity and energy crisis is exacerbated by the fact that the Palestinian National Authority is not permitted to develop and use the offshore natural gas fields discovered since the 1990s on Gaza’s Mediterranean coast.

In 2014, unemployment in Gaza reached 44 per cent, the highest level on record. Joblessness was particularly severe among young women Palestinian refugees in Gaza, with more than eight out of 10 women out of work. The economic well-being of Palestinians living in Gaza is worse today than two decades ago. Per capita gross domestic product has shrunk by 30 per cent since 1994.

Food insecurity affects 72 per cent of households, and the number of Palestinian refugees solely reliant on food distribution from United Nations agencies had increased from 72,000 in 2000 to 868,000 by May 2015, representing half the population of Gaza.

The report maintains that even before the three military operations, the economic blockade in place since 2007 had already led to the large-scale cessation of productive operations and loss of employment. Exports from Gaza have been almost completely blocked, imports and transfers of cash severely restricted and the flow of all but the most basic humanitarian goods suspended.

The report warns that donor support remains a necessary but insufficient condition for Gaza’s recovery and reconstruction. Short of ending the blockade, donor aid will remain vitally important but will not reverse the ongoing de-development and impoverishment in Gaza.

UNCTAD assistance to the Palestinian people

In early 2015, UNCTAD successfully concluded the implementation of a project on capacity development for facilitating Palestinian trade. The project increased the awareness of Palestinian shippers and professionals from the private and public sectors of best practices in trade facilitation, and resulted in savings in the supply chain.